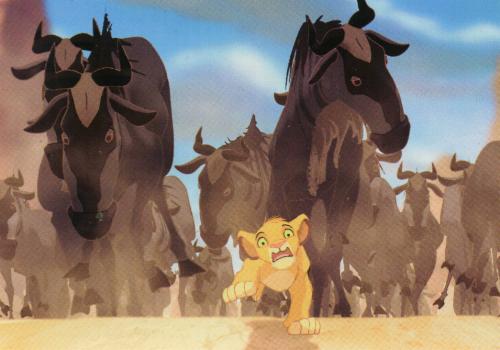 It is generally believed that humans and our pre-human ancestors have been alive for millions of years, presumably with less evolved brains, and so presumably with savage instincts. Probably much of our time was spent fighting, hunting, and generally being anti-social. As we began to “herd” and find agreement with other human beings, we found that only three systems seem to work–seemed to unite us together towards a common goal, instead of merely fighting amongst ourselves over territory and food.

These common goals may well have been (A) patriotism and regional control, our side, our strength in numbers vs. the weaker enemy; promise of protection and sustenance (B) greed and territory, our sharing of resources and human-centric pleasures; (C) religion, superstitious stories that explained foreign concepts to us; we being over-analyzing animals seeking answers as a relief to our chronic anxiety.

In other words, these three values (religion, patriotism and money) were control techniques, herd-tactics that helped keep human beings united in groups, and thus spoke to their inherent need to belong to a pack. Humans found that herd mentality was safer than playing a lone wolf and hunting every day for scraps.

It took human beings thousands of years to realize that these systems were flawed. But ultimately, these systems rose from the minds of men…they were herd creatures desperately seeking control and rules to live by. They needed their alphas, and the alphas needed their masters, so that the herds, the sheep, could be placated while they went about their putrid business.

One could even argue that men used religion, patriotism and money values as a way to tame his own savage instincts, which was to behave as a lower animal, incapable of compassion or altruism. Without these values, man would have no motivation to be kind or compassionate because outside of the one unit family, there is no great understanding in the jungle, the wilderness of amorality. Man is scared of what he would be without these rules, these familiar recyclable concepts.

Now that man has evolved further thanks to technology, he has outgrown religion, patriotism and money…or so he says, and is attempting to create a new herd control technique known as Secular Humanism, the idea that human beings are a superior species and behave in a civilized, “logical” manner. This is basically a recurring trait in human civilization; we see our modern society as civilized and past civilizations as barbaric. Despite the fact that not much has changed; despite the fact that we constantly invent enemies, and revere gods or at least behave obsequiously towards our favorite cerebral leaders among men.

Even in our modern society, the problems of antiquated religions and national prejudices still plague us. There is still excommunication, still internal bickering, still separatism and class warfare, still crime and destruction, those who practice outside established laws of the city.

Not because of any deep-rooted “morality” that apparently comes from God or another pseudo-God called “Common Sense” – indeed morality remains a social construct, a demonstrable benefit of these herd control systems. Rather, sociopathic and violent behavior is declared such because it is anti-human, it is perceived as dangerous to the preservation of our herds.

Therefore, we have little choice but to follow the laws of the State, the laws of our chosen God or Surrogate God Entity, or the Law of Attraction, because to step outside of these bounds would be anti-human, antisocial behavior. It would be the opposite of normal and the majority and thus a threat to self-preservation; a threat to herd prosperity.

What I have learned from religion, patriotism and money is not that they are evils dropped from a demonic entity out of the sky. They are the fruitages of mankind, because they really have no other explanation or origin, assuming that a God being did not give us these “control techniques.” They are simply old survivalist tools we devised to protect us from starvation, from uncontrolled rape and violence, and from poor land management practices.

Yes, we are aging rapidly and have replaced these crude instruments with pseudo-intellectual concepts like Humanism and “Common Sense” and “Tolerance”, which feel emotionally modern; a common denominator that we can call believe in. Despite the fact that they accomplish more or less the same thing religion, patriotism and money did for their time. Namely:

* Controlled violence, attacking threats to the pack rather than turning on friends or family

* Honesty and transparency, peaceful emotions and instinctive moods rather than the constant “fight or flight” response of hunting

* Compassion and empathy, rather than a cut-throat world of constant competition and battling alphas for pack leadership

Religion, patriotism and money are the Crayola drawings of man’s multi-millennial maturation. To hate them is to hate one’s own evolution, the journey of progress that we have made. (Or at least the progress we pride in ourselves, the peripheral accomplishments we need to feel motivated to continue working and grazing)

Until I realize that much of what I see in this modern propaganda world are a herd of wildebeests holding together tightly, their peripheral moralities and perspectives protecting them from a charging, destructive fear – one that will ultimately tear everyone to shreds.

Shot through the heart: Why guns need to go

Zionists Banks Are Behind the American Industrial Military Complex