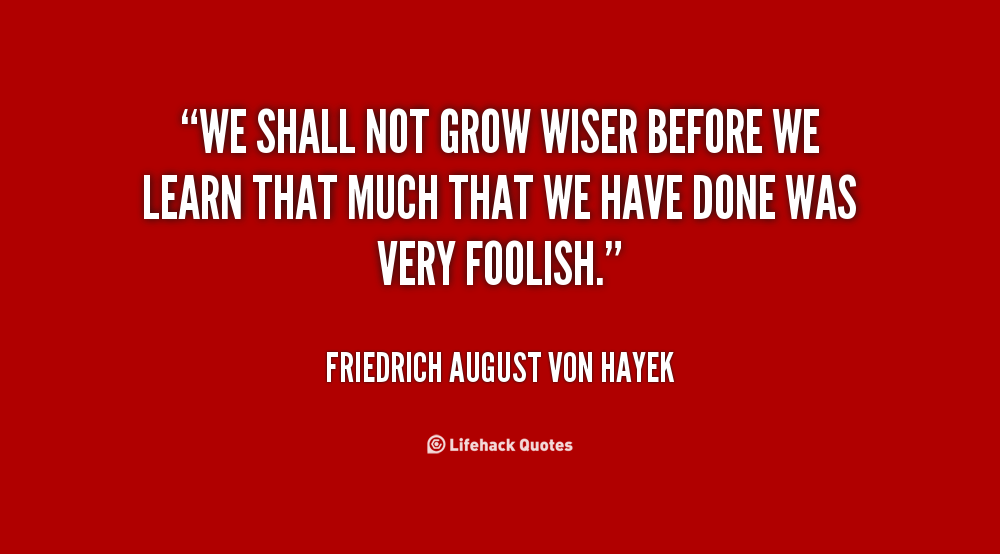 “In any society freedom of thought will probably be of direct significance only for a small minority.”

An Austrian-British economist and philosopher, Friedrich August von Hayek remains a pivotal figure in the defense of classical liberalism – the assertion that civil liberties and economic freedom are paramount to civilization. Hayek quotes are worth reading and considering given the influence he’s had on freedom and liberty movements.

An academic from the beginning, Hayek studied biology and philosophy at a young age. He turned 18 just in time for the outbreak of the Great War, which he spent a large part of serving on an airplane. This experience drove Hayek to study law and political science, as he wished to help the world never again repeat the mistakes which led to such horror.

Following the war Hayek studied at the University of Vienna, was hired by Ludwig von Mises, and moved to New York to compile data on the U.S. economy and the Federal Reserve. During this time Hayek gravitated away from socialism in favor of Mises’ ideals, attending his private seminars and soaking up the Austrian School economist’s lessons. With his mentor’s help Hayek cofounded and directed the Austrian Institute for Business Cycle Research in London. It remains Austria’s largest economic research institute to this day.

Hayek famously clashed with John Maynard Keynes in 1932, asserting that private investment in Britain’s public markets would serve them better than direct government spending. Keynes raked several of Hayek’s ideas over the coals in turn, although his rebukes weren’t enough to keep Hayek from earning a large following as he taught at the London School of Economics.

Hayek published his best known work The Road to Serfdom in 1944. In it he argued that Western democracies have “progressively abandoned that freedom in economic affairs without which personal and political freedom has never existed in the past,” and that society’s well-meaning attempts at continuing prosperity would erect the framework that ultimately can lead to totalitarianism. To Hayek, centralized planning imposed the will of a small minority upon the greater population, corroding the rule of law as well as individual freedoms. In essence, Hayek claimed that once a government concerns itself with the greater good – a nebulous, moving goal post – it can dispense of personal freedom however it deems necessary. The ideal government would only concern itself in matters which the free market could not help, such as the prevention of fraud and the creation of a safety net.

Hayek’s treatise on individualism had far-reaching influence. Nearly half a million copies have been sold to date, including one to Milton Friedman. Even Keynes found himself in near total agreement with The Road to Serfdom (although he would never deign to admit that Hayek’s vision for a vastly limited government could work in practice).

Hayek pioneered the Austrian theory of the business cycle with which he argued that artificially low interest rates lead to capital misallocation, the economic calculation problem which makes the case that government bureaucrats are never qualified to set accurate prices, and the critique of collectivism – a social system which could not exist without maintenance by fierce and unfair government intervention.

Hayek continued to teach throughout his life and had a profound impact on world leaders including Ronald Reagan and Margaret Thatcher. Much to his surprise, Hayek won the Nobel Memorial Prize in Economics in 1974. He passed away in Germany in 1992.