Strange are the ways of the vassals of Empire.

For instance, I just came across an article which said that an Imperial warship opened fire last week on a fishing vessel in the Persian Gulf, killing an Indian fisherman and wounding three others.

According to an Imperial Navy spokesman,

“The U.S. crew repeatedly attempted to warn the vessel’s operators to turn away from their deliberate approach…US ships have an inherent right to self defence against potential threats…The safety of our vessels and our personnel is of the utmost priority.”

Fair enough, as long as a similar right isn’t denied to ships of other nations threatened by the Imperial Navy. But that’s not really what I’m talking about here. Nor am I going to go into the particulars of whether the trawler actually “approached” the Imperial Navy ship, whether the latter actually attempted to warn the vessel, or whether the fishermen would have even recognised the warnings for what they were. For the moment, even though I’m on the record saying I wouldn’t believe the Empire if it says the sun rises in the east, let’s assume that the Imperial Navy was acting in good faith.

To me, as an Indian, the interesting thing about this isn’t the shooting itself – the Empire’s expected to murder innocents on a daily basis – but that the spinelessly slavish Indian government and corporate-owned media have kept their mouths tightly shut over the episode. If I hadn’t read this article I wouldn’t even have heard about it.

I’ve just swept through several Indian news sites, and I haven’t come across any mention on any one of them about this episode except this minor item, and this, almost a filler. It’s all over the news elsewhere – but in India, which should have been most concerned? Not a peep. Only this item echoed the CNN in identifying the dead man as

“Sekar of Periyapattinam in Ramanathapuram district. The injured are Muniraj, Panpuvan and Murugan.”

Otherwise, though it came from Indian sources (the Fishermen Association president), you don’t get that information from the little Indian news items cited above.

Now, there is a precedent for comparison. A few months ago, on 15th February, Italian marines on board the tanker Enrica Lexie opened fire on an Indian fishing boat off the coast of the state of Kerala. Two fishermen were killed in this episode, which India claims to have happened in broad daylight in Indian waters. The Italians claim they fired warning shots at a pirate boat in international waters, after flashing searchlights and being fired upon. How a boat full of armed pirates metamorphosed in between the bullets being fired and them striking live flesh into a trawler full of defenceless fishermen, and how the pirates managed to approach a tanker far, far from known pirate areas of operation, are two of the more mysterious mysteries of this episode. Nor did the tanker have a single bullet mark on it from all the shots the armed pirates allegedly fired. 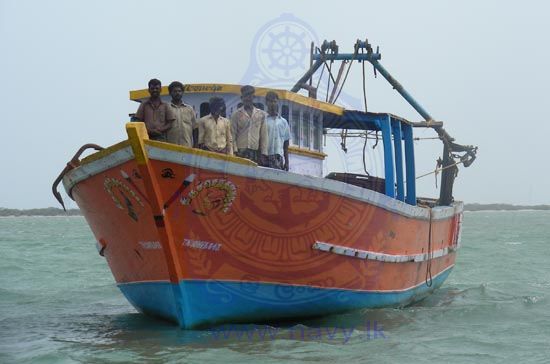 In any case, the government and media went ballistic. The tanker was intercepted by the Indian Coast Guard and impounded for a while, the two Italian marines concerned arrested and shuttled from jail to jail, and to this day remain on bail in this country while India and Italy wrangle over who has the right to try them.

While the Italians have paid a relatively minor sum as compensation to the relatives of the shooting victims, the case still draws a lot of media attention, and a fair amount of nationalistic sentiment. This isn’t unexpected in a case like this; in fact I’d have been astonished if it were otherwise.

Which makes the silence over the Empire’s shooting in the Persian Gulf still more baffling, unless one takes it as a deliberate attempt to avoid annoying our American overlords in any manner. Then it makes complete and total sense.

Come to think of it, if I were one of the two arrested Italian marines, I’d have grounds for grousing. After all, if a naval ship, more than capable of checking out a trawler with sensors and outmanoeuvering it if required, can get away with shooting it up, why should I – on board a clumsy merchant vessel – be tried for doing the same thing?

I wonder if the Indian government will dare protest if the Empire carries out bombing raids on Indian soil as part of the Global War Of Terror?

I kind of doubt it.

Update: India will “take action” over the shooting, our dear government says. Shake in your shoes, America. Hah.

While my personal focus in this article was on the Indian government and media, I’d like to point out a couple of things.

First, none of the articles I’ve read on the issue have specified what the ‘warnings’ were. Is there an internationally accepted protocol for these situations? Would the fishermen even have recognised the warnings for warnings? Why is the USN so coy about specifics of the ‘warnings’ given?

Secondly, words have meanings, and choice of words can be quite revelatory. Take the right to defend oneself against a ‘potential’ threat, for example. Now there’s a difference between a threat and a potential threat. For an illustration, literally anyone who is physically fit enough to wield a kitchen knife and close enough to possibly get within stabbing range is a potential threat to you. Do you have a right to blow them away in pre-emptive self defense? If you did, what would your legal status be?

Bill The Butcher-Strange are the ways of the vassals of Empire.