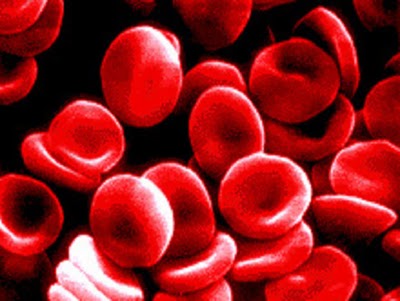 A couple of days ago I read that a Jehovah’s Witness chose to die, rather than accept a blood transfusion which would have saved his life. And he did this with the knowledge and support of his mother – also a Jehovah’s Witness – and a church elder, both of whom were in at the death. Just what kind of religious indoctrination is it that allows a mother to watch her own son die of his own choice? How different is that from a suicide bomber? After all, innocent people are harmed too. But I digress.

Now I’ll be quite frank here – I don’t actually have that much of an idea what a Jehovah’s Witness is, since they aren’t exactly thick on the ground in this part of the world. Nor am I all that interested in finding out – but I gather it’s one of the loony fringe cults that can be called “Christian” only by stretching the definition. (While I’m on the subject, I’d also call it a death cult if its adherents aren’t allowed blood transfusions. I’d have expected a lot of noise about “mediaeval barbarity” but then it’s not a Muslim sect. So.)

Talking about Muslim sects, in some parts of India, the mullahs have been known to order people not to allow their children to be vaccinated for polio. The logic behind this isn’t something about faulty vaccines (actually faulty vaccines are a health concern in India). The rationale, if you can call it that, is that polio vaccines are a plot by the Hindus to sterilise Muslim kids and bring down the Muslim population.

Now of course this sort of ridiculous fatwa wouldn’t work among educated people, but the majority of Muslims in India, for reasons which have absolutely everything to do with the legacy of colonialism and the creation of Pakistan, are poor and undereducated. They still depend to a very large extent on the guidance of the local mullah in their day to day affairs, and quite naturally the clerics (few of whom are actually qualified according to Islamic tenets to issue fatwas) take full advantage of the fact. And though, in Sunni Islam, a fatwa is only an opinion and not an order binding on the recipient, the people act as though it is. And this isn’t just a problem in India – resistance to polio vaccination from Islamic clerics has been reported from Nigeria, Sudan and Pakistan as well. (That India has managed to more or less stamp out polio isn’t thanks to these mullahs, you can bet.)

This kind of thing isn’t really something unique to Muslims. In the villages of North East India, especially where the Baptists and Presbyterians are the dominant denomination, the pastors act as petty rulers and dictators. The people ask them for advice on literally everything, and take that “advice” as divine writ. I’m reminded of the scene in Richard Llewellyn’s book How Green Was My Valley where one of the narrator’s brother’s bursts out that someday the family might learn to take any decisions without consulting Mr Gruffydd (the preacher).

Anyway, to get back to the vaccines and blood transfusions. I suppose it is barely possible that this represents part of a general rejection of modern day technology, but since I see these same people using cell phones and driving swank cars, instead of sticking to animal transport and oil lamps, I kind of doubt it. It seems far more likely that imposing religion based limitations on peoples’ health – no matter on what far-fetched grounds – is a deliberate tool to cement the religious leaders’ control.

I mean, just think about it. Suppose you have a headache, and your priest forbids medicines as a tool of the devil. Instead, he prays for you, and voila, your headache vanishes. Miracle!

On the other hand, what’s the profit in praying (and paying; let’s not forget paying) for a miraculous recovery from a headache, when an aspirin tablet can do the same thing?

Bill The Butcher- Of all the wonders of modern medicine, on that never ceases to amaze science based people is the refusal of life-saving interventions.