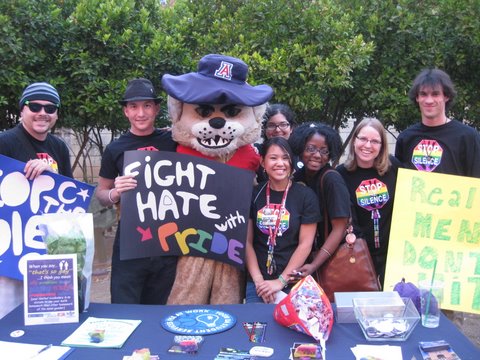 She was soft.  She was fun-loving.  She was beautiful, so beautiful she passed easily for a girl.  She was also terribly alone.  She didn’t feel gay; not in the sense that she was comfortable with looking like a man, pursuing another male relationship.  Nature had made a mistake.  She had been placed in the wrong body, and because she had, neither family, classmates, nor even patrons of the local gay bar accepted him.  She was a freak, an outcast, and for Luna, there would be no mercy.

She was going for a stroll outside her apartment on a shivery March day, when she was grabbed from behind and beaten.  Luna never saw her attacker.  She was knocked unconscious, yet even that did not stop the rain of blows that continuously pummeled her body.  She was beaten to death.  How much hate, how much fury, how much intensity does it take to use your fists and beat a young, healthy body to death?  When there was nothing left but a mass of broken flesh and bones, Luna was thrown in a garbage can.  Her killer was never found.

All Duana wanted was to rise up out of her intense poverty.  With no family, no friends, no supportive network, she began working as a prostitute to support herself.  One day the police arrested her.  While at the police station, she was held down and beaten, while the onlookers cheered on and called her a faggot and a he-she.  Fortunately for Duana, it was all caught on videotape.  The news of her beating was leaked to the press.  For awhile, she was the center of attention.  For awhile, everyone wanted to know just how badly transgenders had it, and Duana was quite happy to let them know.  As happens with all sensations of the moment, the news finally died down and Duana was forgotten.  She went back to her apartment that had no electricity or running water; back to the only friend she had in the entire world; an elderly woman who was forbidden to see her anymore when her husband found out she was transgender.  One night, she was doing nothing in particular when two men walked up and shot her.  They left her to bleed to death of her gun wounds.  She had been hoping to win a million dollar lawsuit against the police, but she no longer had a way of pursuing the case.  The police claimed there were no leads, and nobody was held responsible for her death. 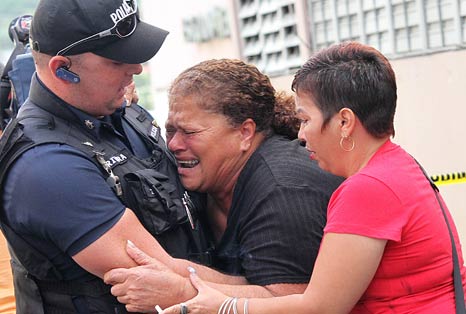 This is the roll call of the transgender deaths; little blurbs on a page, asking that they not be forgotten.  The list is long, and in each case, it was a brutal and violent hate crime, yet there aren’t any true numbers, no statistics to give, because only a few of the deaths were acknowledged as crimes of hate.  Most have just been classified as one more unsolved murder.

Transgender people often know from childhood that they are different.  The boy craves the pastimes generally associated with being a girl, and the girl craves the activities normally pursued by boys.  It’s more than a general interest in cross-sexual tastes.  This is where they feel they belong; in a world that is denied to them because of their sex.

The parents of transgender children are not always pleased with them.  Some reject their offspring completely, handing them over to foster care or booting them out of the house as soon as they are able to stand on their own. In school, they aren’t just taunted by their classmates.  They aren’t just bullied.  A quarter of all transgender children have been physically assaulted, eight percent have sexually assaulted, and six percent were expelled due to their sexual orientation.  Most shocking of all, in sixty percent of youthful transgender abuse, the teachers  took part in this brutal bullying and harassment. 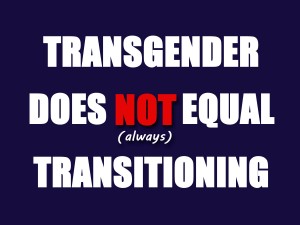 The world that is denied to them only recognizes their gender, not their sexual orientation. Bobbi looked just like a boy.  When he was admitted to the Woman’s Correctional Institute, heads turned and stared.  Slim, flat chested, with short, shaggy hair and Peter Pan features, he made a very attractive looking boy, and it wasn’t long before the larger, more aggressive women were pushing their way through to become Bobbi’s “girlfriend”.  Bobbi really didn’t want the attention.  He didn’t want the stares, the murmurs and giggles behind hands, the patronizing arms thrown around his shoulders, or the rivalry.  He didn’t want a harem.  He didn’t want the jeers from the guards or the extra work detail given him for being transgender.  He had been placed in prison for assault on an officer, but at one hundred ten pounds, one has to wonder who had done the real assaulting.

The world routinely denies them employment or discriminates against them in the work place.  It has also denied them medical attention.  One quarter of all transgender persons seeking medical attention have been refused it   Not only have they been turned away, but occasionally they can expect assault by this noble office that has sworn to uphold the terms of human dignity and compassionate care.

In recent years, more families have learned to love and embrace their transgender members.  How could one forget the image of a brother who held his transgender sibling close to his chest, racked with heart-breaking sobs because someone thought it was okay to drive by and riddle a transgender person full of bullets; a someone who has never been apprehended and brought to trial for a hate crime?  How can one ignore the anguish of the family of a transgender person who had been supportive of the life their child had found; a life complete with a job, a home and a boyfriend?  That life was not to be fulfilled.  He was stabbed to death one day and his body dragged into the nearby woods.

A mistake has been made, but the mistake is not in the transgender’s search for identity.  It’s in the lack of acceptance as to who they are and their rights to be treated with the same respect as any other human being. For many years, psychiatrists argued that transgender identity was caused by trauma, and the condition was classified as a psychological disorder, but attempts to correct transgender preferences with early childhood treatment have failed.  Transgender preference is not the result of childhood upbringing.  The evidence points to physical causes.  Current scientific studies link numerous biological occurrences to transgender persuasion, including genetics, brain structure, brain function and prenatal androgen exposure.

It is a terrible thing to hate without rationale, with only the uncontrollable rage of seeing someone who is different, someone who doesn’t quite fit in with the group, someone who is such a minority, that one lonely voice couldn’t possibly make a difference.  That lonely voice is a dividing line of true humanity.  It’s a voice that asks only for acceptance because that person loves and cries, hopes and dreams as much as any other person.  That person wants all the same comforts, has all the same ambitions, all the same needs as any other human being.  That person just happens to be in the wrong body.

Karla Fetrow- This is the story of the shadow line; where compassion ends and there is no mercy.