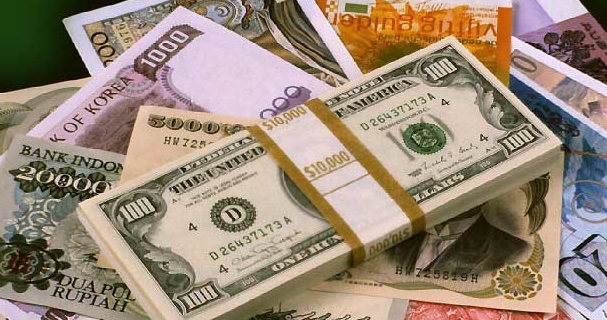 Back in the days when I was a college student, the hot trend featured at our college flea market was the posted sized autostereogram , which is a visual illusion featuring what appears to be random dots. When you stare at it long enough, the human eye finds a proper convergence point for focus and the image becomes a 3 dimensional object. Almost two decades later I’m still fascinated by a technology that allows a two dimensional object to become three dimensional by simply altering the perspective of the viewer without the use of any devices. Similarly, the human mind can have its perspective shifted on a whole range of subject matter simply by shifting perspective. In many of these cases, the problem is that humans are trained and conditioned to observe the world from a certain perspective. Without a shift in perspective, the perception of a subject may appear static from the viewpoint of the observer.

I recently had undergone my own conceptual “autostereogram” in the field of economics. And this perspective change not only affected my perception of economics but also impacted my whole political outlook ( as its difficult to separate economics from policy ) . In my situation, my study of macro economics had included Keynesian, Monetarism and Austrian philosophies. Without going too deep into the rabbit hole on their differences, one would say that they all share a common element which is an acceptance of the quantity theory of money. Money supply is related to price level, this is something all these theories agree on. From this simple concept each philosophy has a conceptual framework on how money works and the roles it plays within the economy. When flipping through random business channels on TV, these concepts are discussed – usually with the quantitative theory as it’s the foundation of the policy discussions for managing the economy. With governments seeking austerity measures to clamp down debt issues, it was always the foundation of quantitative theory that was at the heart of the discussion.
For decades I’ve viewed the management of money at a macroeconomic scale to be akin to home finance. If you spend more than you make, you are in a debt position. Sometimes debt can be good , but if it escalates then a person can find themselves in a position where they can’t make payments even on their interest. A responsible person manages their debt, an irresponsible doesn’t it. Sounds fair, right? Governments are the same way , right? It’s got morality and common sense in a neat little package that you can have rallies around with your gold-loving, gun toting friends. Obviously Greece, Italy and Spain are run by irresponsible politicians! You wouldn’t believe how long I’ve by staring at that autostereogram and seeing the two dimensional image. But one problem always escaped me. Shifting to the United States, I would see trillions of dollars in debt being racked up by those irresponsible politicians but we never have a run-away inflation. This defies the quantitative theory but the explanations always seemed to be economic apologetics rather than a anything resembling a concise observation of reality.
Along came Mike Norman, who is an economist that observers a branch of economics called Modern Monetary Theory. MMT is a modern version of a older study of economics called Chartalism. Unlike the other theories of ecomomics, MMT isn’t rooted in an ideological premise but instead describes objective realities of an economy. MMT describes not a premise of how an economy should run but the reality of how an economy does run. Money in a sovereign country that controls its own money supply does not have to be limited – and the constraints of inflation described by the quantitiave theory of money are observably false

MMT describes a system by which a government has access to near limitless quantities of money, where inflation is not an outcome of money supply but instead a problem of full employment ( everyone working and spending creates increased demand). In the world of MMT, Europe’s austerity measures are a consequence of sovereign nations that surrender their power to control their own money supply. In the MMT world, fiat is king and commodity-backed currency places limitations on governments. I had to cross my eyes REALLY hard to render this image in three dimensions. Accepting the MMT viewpoint had consequences. It meant that everything I learned about economics, from my first econ 101 class all the way to my readings of Freidman, were misguided understandings of reality. The image was in front of me, accepting its existence meant that my two dimensional universe was a perspective that I was conditioned to accept as the CORRECT perspective. Yet here was a model that not only explained the problems, but was downright rational in its historical context. From this understanding was born ideas that would be wrong under the “old” perspective. No sovereign currency producing government should “shut down” – ever. Household analogies to macro economics are a giant logic fallacy – people can’t make their own money. Fanaticism about government debt is in fact fanaticism. Taxes shouldn’t be the basis of sovereign government spending. All of a sudden the policies being discussed in the news lack any basis in reality. Politicians that once seemed reasonable now seem irresponsible.

When you finally see the three dimensional image, you look at others who still struggle with the two dimensional existence and you empathize with them. Some you help, trying to save them the time you invested in seeing the picture. Yet others are content with the two dimensional reality – they look at you as the oddball with nutty ideas. No matter how much you try to tell them that there is a picture they aren’t seeing, they don’t want to see it. And that is the the current mess we see in politics of austerity and debt reduction. Both systems can’t coexist. Policy in one system would be impractical in another system. If you see a 3d world, smiley faces and stick figures won’t work anymore. Yet most everyone , regardless of political ideology, still lives in a two deminsional existance.

Stacy M. – It was always the foundation of quantitative theory the was at the heart of the discussion.