Since I’ve come home from El Salvador, I’ve had a problem with weight.  I’ve put on more weight than I seem to be able to remove.  Clearly, I exercise like mad with my bike riding.  I have also cut caloric intake and upped my water intake (in spite of the fact I hate peeing so much).  Still, I can’t lose this weight.  So I wondered what was going on. 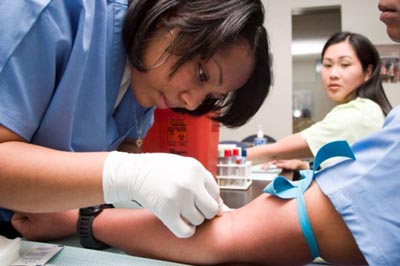 First, let me say that I have reached the conclusion that all of the blood tests in the world aren’t telling the complete story about my symptoms for a very good reason.

The results of my thyroid condition were controlled when I lived outside of the U.S.  Yet, when I came back to the U.S. and got on medication produced here; my thyroid symptoms returned (while I’m on medication).

And this is not the first time I’ve discovered this.  The same thing happened when I lived in Mexico and was treated by physicians down there.  When I saw American doctors, the thyroid symptoms returned — again, even on medication.

What did this tell me?  Either that the doctors in America are giving me too low of a dose of Levothyroxine or Synthroid; or the medication here is different.

So I started researching my condition.  And this is what I found:

If adjusting your diet and exercising more hasn’t helped you reach a healthy body weight, you may have hypothyroidism, or an underactive thyroid gland. In addition to weight gain, other symptoms of hypothyroidism include a bad complexion, fatigue, forgetfulness, loss of sex drive, impotence, irritability and unhealthy hair, nails and teeth. Fortunately, you can help normalize an underactive thyroid gland by increasing your intake of the mineral iodine.

Iodine makes up less than a hundred thousandth of a percent of your body weight, but your thyroid cannot function without this trace mineral. If you have too little iodine in your diet, hypothyroidism and weight gain will occur. “I believe that an insufficient intake of organiciodine in today’s modern diet has led to a serious and chronic form of low-grade hypothyroidism,” writes Donald R. Yance, Jr. in Herbal Medicine, Healing and Cancer. Increasing your iodine level will allow your thyroid function and metabolic rate to return to normal. (Source:  How iodine accelerates weight loss by supporting the thyroid gland) 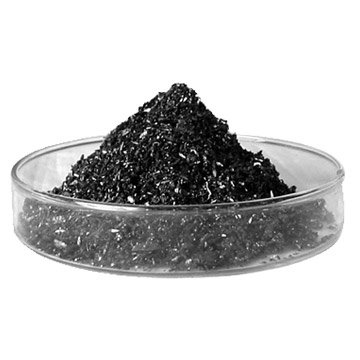 Consequently, I began to wonder if maybe my iodine intake was down.  After all, I am not much of a fish eater, I have cut salt from my diet, and I don’t eat that many fast foods.  So all of the sources of iodine that we customarily believe replenish our iodine aren’t really effective for me.

I decided to read the risks of replenishing iodine.  For me, the ill effects could have been just as bad; so I settled on taking a multi-vitamin supplement that also provides minerals.  I found the perfect supplement at Rite-Aid.  It’s called Central-Vite and it has a few minerals which I was seeking:

I was a little concerned that it didn’t have copper as I’ve read that this helps process the zinc; but I know that these three are important in helping our bodies use iodine.

Doctoring in the U.S.

What concerns me more than the iodine deficiency of America is the fact that doctors are now testing our medicines globally on some people who may not be the optimum examples of health.  I was reading about American medicines and ran across this article:

Prescription drugs kill some 200,000 Americans every year. Will that number go up, now that most clinical trials are conducted overseas—on sick Russians, homeless Poles, and slum-dwelling Chinese—in places where regulation is virtually nonexistent, the F.D.A. doesn’t reach, and “mistakes” can end up in pauper’s graves? The authors investigate the globalization of the pharmaceutical industry, and the U.S. Government’s failure to rein in a lethal profit machine.

These places are not on anyone’s Top 10 list of travel destinations. But the advance scouts of the pharmaceutical industry have visited all of them, and scores of similar cities and towns, large and small, in far-flung corners of the planet. They have gone there to find people willing to undergo clinical trials for new drugs, and thereby help persuade the U.S. Food and Drug Administration to declare the drugs safe and effective for Americans. It’s the next big step in globalization, and there’s good reason to wish that it weren’t. (Source:  Deadly Medicine)

I was horrified over this for two reasons.  One includes a moral question of why our nation’s pharmaceutical companies felt they had to go outside of the U.S. to test our drugs.  The other involves exploiting helpless people.

As recently as 1990, according to the inspector general of the Department of Health and Human Services, a mere 271 trials were being conducted in foreign countries of drugs intended for American use. By 2008, the number had risen to 6,485—an increase of more than 2,000 percent. A database being compiled by the National Institutes of Health has identified 58,788 such trials in 173 countries outside the United States since 2000. In 2008 alone, according to the inspector general’s report, 80 percent of the applications submitted to the F.D.A. for new drugs contained data from foreign clinical trials. Increasingly, companies are doing 100 percent of their testing offshore. The inspector general found that the 20 largest U.S.-based pharmaceutical companies now conducted “one-third of their clinical trials exclusively at foreign sites.” All of this is taking place when more drugs than ever—some 2,900 different drugs for some 4,600 different conditions—are undergoing clinical testing and vying to come to market. (Source:  Deadly Medicine)

I began to think I was right.  American pharmacology wasn’t the same practice as countries where I had been treated more effectively.

I recalled having treatment for my thyroid condition years ago.   I never had these problems with American prescriptions until around the year 1999.  It seemed to me that about then, my meds stopped being as effective.  Yet the same dose of these drugs outside of the U.S. seemed highly effective.  Why was that?

Some medical researchers question whether the results of clinical trials conducted in certain other countries are relevant to Americans in the first place. They point out that people in impoverished parts of the world, for a variety of reasons, may metabolize drugs differently from the way Americans do. They note that the prevailing diseases in other countries, such as malaria and tuberculosis, can skew the outcome of clinical trials. But from the point of view of the drug companies, it’s easy to see why moving clinical trials overseas is so appealing. For one thing, it’s cheaper to run trials in places where the local population survives on only a few dollars a day. It’s also easier to recruit patients, who often believe they are being treated for a disease rather than, as may be the case, just getting a placebo as part of an experiment. And it’s easier to find what the industry calls “drug-naïve” patients: people who are not being treated for any disease and are not currently taking any drugs, and indeed may never have taken any—the sort of people who will almost certainly yield better test results. (For some subjects overseas, participation in a clinical trial may be their first significant exposure to a doctor.) Regulations in many foreign countries are also less stringent, if there are any regulations at all. The risk of litigation is negligible, in some places nonexistent. Ethical concerns are a figure of speech. Finally—a significant plus for the drug companies—the F.D.A. does so little monitoring that the companies can pretty much do and say what they want. (Source:  Deadly Medicine) 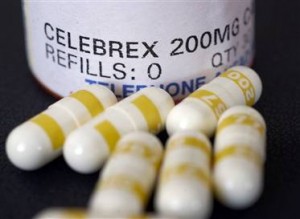 If the Celebrex story in this article doesn’t scare you, nothing will.  Celebrex was one of those drugs tested outside of the country.  The end result when administered in the U.S. were a number of people suffered heart attacks and strokes that took this medicine.  Pfizer had allegedly suppressed a study calling attention to these very problems.

I went through a series of tests in the U.S.  I had everything studied; because I wanted to be sure my thyroid gland was not cancerous or something major, like that.

Then, I looked to see if I could figure out if American medicines WERE different from other medications prescribed outside of our borders.  Why were we always warned about buying our medication outside of the country if they were tested there?  Why DID the FDA always warn us about “foreign pharmaceuticals?”

I had a sneaking suspicion that it might have something to do with exactly what I had found.  Those drugs outside of the U.S. were more effective.  I thought this was amusing after reading about drug testing:

(NAPS)—When it comes to buying medicines, the U.S. Food and Drug Administration (FDA) believes that nothing is more important than safety.

With this in mind, FDA is warning consumers not to purchase medications from foreign countries, including Canadian Internet pharmacies. Non-FDA approved products sold from these outlets can be risky and dangerous. The FDA’s warning follows a recent announcement by the government of Canada that it cannot assure the safety or effectiveness of medicines being purchased by U.S. consumers from Canada.

In the U.S., FDA sets high standards to ensure that medicines are high quality, safe, and effective products. Around the world, FDA is considered the world’s gold standard. Because of FDA’s efforts and science-based decisions, millions of Americans can get the medicines they need and be assured of their safety and effectiveness when they buy from pharmacies and pharmacists licensed and located in the United States. (Source:  Looks Can Be Deceiving: The Risks of Buying Medicines from Across the Border or Around the World)

There is a whole underside to America’s drug industry and the FDA.

In a future blog, I will explore the difference in how medicines are created in more depth.  For more visit me @ http://lawsonzepeda.blogspot.com/

Jennifer Lawson-Zepeda- There is a whole underside to America’s drug industry and the FDA.