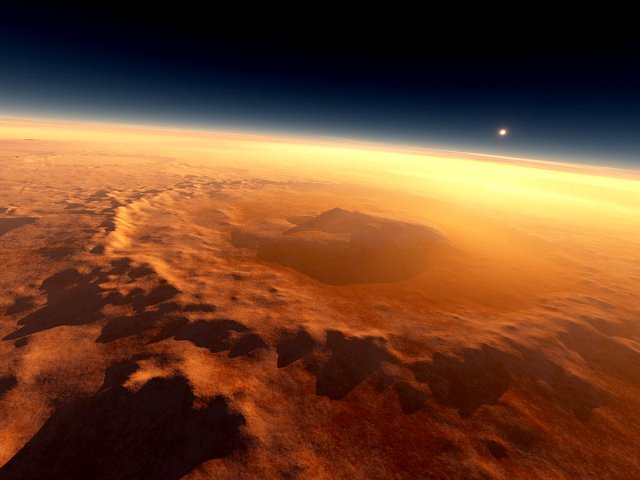 By Bill the Butcher:

One of the most interesting bits of news in the last few days seems to have been largely ignored by media obsessing over what some “celebrity” wore in a function or what a politician’s latest profundity on this or that might be.

Simply put, it was this: that there is, almost to a certainty, life on Mars. And this life was discovered as long ago as 1976; only nobody recognised the fact till now.

Think about that; 1976, when I was just starting school, the Vietnam War had been over only a year, a mulitlateral world order still existed, there was no such thing as a cell-phone or the internet, and the Viking rovers were digging into Martian soil. The scientists didn’t recognise it then, but the data didn’t vanish, and re-examination showed that there’s, apparently, a 99% chance that the Red Planet actually has life. In most statistical systems, a 99% chance is considered about as close to a sure thing as you can get.

In other words, there are almost certainly Martians, though they aren’t climbing into cylinders and blasting through space to land in your backyard and disgorge tripod fighting machines. Not yet, anyway. 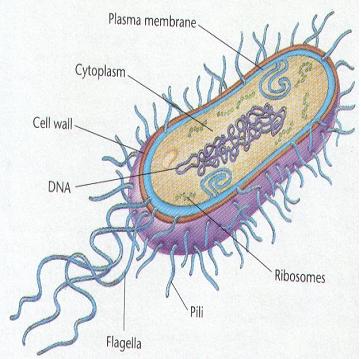 It is a humongous, a gigantic, a titanic deal.

From our viewpoint as self-appointed lords of the earth, bacteria aren’t significant. In reality, they are so significant that life as we know it would be impossible without them. Everything – but literally everything – that can be considered “life as we know it” ultimately depends on bacteria. (And a note here, referencing HG Wells’ The War Of The Worlds, in which the Martian invaders died off because Mars didn’t have bacteria and so they had no defences against them; that is simply not possible. Without bacteria, Wells’ Martians could never have existed, since all organic matter would have been locked up in corpses which could not decompose and release their nutrients to the environment. The first generation of complex life would have been the last. So there.) And there are, correspondingly, more bacteria than there are anything else. In terms of numbers, almost all life is bacteria. Such gigantic creatures as blue whales, humans or cockroaches are infinitesimal compared to them.

It’s not just that bacteria are somewhere else, either. A few days ago I’d written an article in which I pointed out, inter alia, that we humans have, on average, a hundred trillion bacteria in our bodies. When we’re looking in the mirror, we are viewing a composite organism, most of which is bacterial. We are part bacteria ourselves.

So, yes, bacteria on Mars are something of a gargantuan deal; but it’s more than just the fact that bacteria are important to life.

Mars, as you may know, isn’t exactly the canal-irrigated, hospitable world that nineteenth-century science fiction would have led us to expect. It is, in fact, a cold, extremely arid planet where there hasn’t been running water for billions of years, a planet with an atmosphere that isn’t exactly breathable by our standards – what little there is of it. Think of the moon with a thin wrapping of carbon dioxide, and you wouldn’t be all that far off. 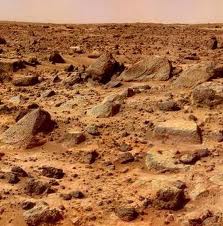 And yet, Mars has, it seems, bacterial life. And I don’t mean possible fossils in an ancient meteor, though those are important enough; I mean actual, feeding, reproducing, bacterial life.

What does this mean? It means something extremely important, so important that we humans should stop murdering each other and think about the implications. And those implications are these:

Firstly, if Mars has life, active bacterial life, then we are not alone in this solar system, let alone the Universe. It doesn’t matter that this life is “just” bacterial life; its very existence immediately knocks humanity off its self-styled pedestal as the pinnacle of creation. All right, so it’s “only” bacteria; but, as I said, bacteria (or equivalents) are essential to the existence of any more organised life. If you don’t have bacteria, you have nothing. Ergo, if bacteria exist elsewhere, the fundamentals of life exist elsewhere. And that means…

…that, secondly, if bacteria can exist in an environment as inimical as Mars, then they can exist just about anywhere; in fact, we don’t have to depend on “goldilocks planets” to find life. If life can exist on Mars, then we can expect to find it almost anywhere, from the seas of Europa to the atmosphere of Jupiter, from the planets orbiting nearby stars to the gas clouds between the galaxies. It might well be that lifelessness is the exception. 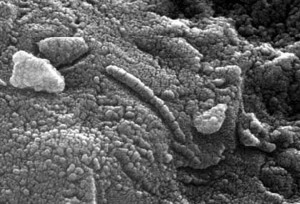 Now think about that for a moment; not in scientific terms, but in philosophical.

Not so very long ago, the earth was a flat disc, around which the sun, moon, and entire cosmos revolved. It was the centre of all creation, the only favoured place of the gods, and, of course, the ruling species was the pinnacle of creation – so much so that the majority of religions ascribed to the gods the same physical characteristics as humanity. But time passed, and the earth – in spite of the efforts of the Catholic Church, which burned Giordano Bruno at the stake for stating that the sun was a star and other worlds could have life – shrank to a sphere orbiting the Sun, which briefly took its place as the centre of creation, before becoming an ordinary little star on a spiral arm of an ordinary galaxy in the seas of time and space; hardly a fleck in the heavens. And, simultaneously, that most favoured species of the gods became just another ape, the result of random mutations and evolutionary pressures; a creature which has existed for the blink of an eye, and might vanish tomorrow when circumstances change – as they will.

So now, when we suddenly have to consider the fact that we are definitely not the only place in the cosmos which has life, and we have to consider the possibility that the cosmos is teeming with life, what does that do to us, the former Centre of All Creation? We shrink to the position of, perhaps, a gnat, or worse. We are as nothing.

Can we – do you think human society, especially human society as regulated by absolutist Abrahamic religions, is ready to deal with that realisation? When you consider that the nation which arrogates to itself the right to rule this planet as its private domain, the nation which claims to be the fount of enlightenment and liberty, still can’t make its own citizens accept the fact that they are simply evolved apes, then what chance do you think this further realisation stands?

And this is why, I think, we aren’t going to hear much about the Martian bacteria; in fact, I’ll even say efforts to confirm their existence will be killed off by deliberate underfunding and suchlike underhanded tactics. Unless there’s a potential military or other profit-making applicability, the powers that be are scared of science. They absolutely do not wish to know. And if these bacteria are confirmed, you can bet the news will be carefully buried in other chatter.

Of course, that won’t stop the Martian bacteria from existing, just as the Creationists can’t erase evolution just by denying it. Even King Knut couldn’t turn back the tide.

But it’s a tragedy on a Cosmic scale that we allegedly rational creatures don’t take this opportunity to measure our own place in the wonder that is the Universe, and realise what a precious bubble of life we inhabit – this beautiful blue planet, where bacteria are just the foundations on which everything from elephants to earthworms, from earwigs to echidnas, have evolved. We should come together now, to preserve what we have. Unfortunately we just keep on destroying it.

Looking at it from the level of sustainability, then, the Martian bacteria may be the favoured ones.

Further Reading:
Death of Another Dream

Bill the Butcher: So, yes, bacteria on Mars are something of a gargantuan deal; but it’s more than just the fact that bacteria are important to life.