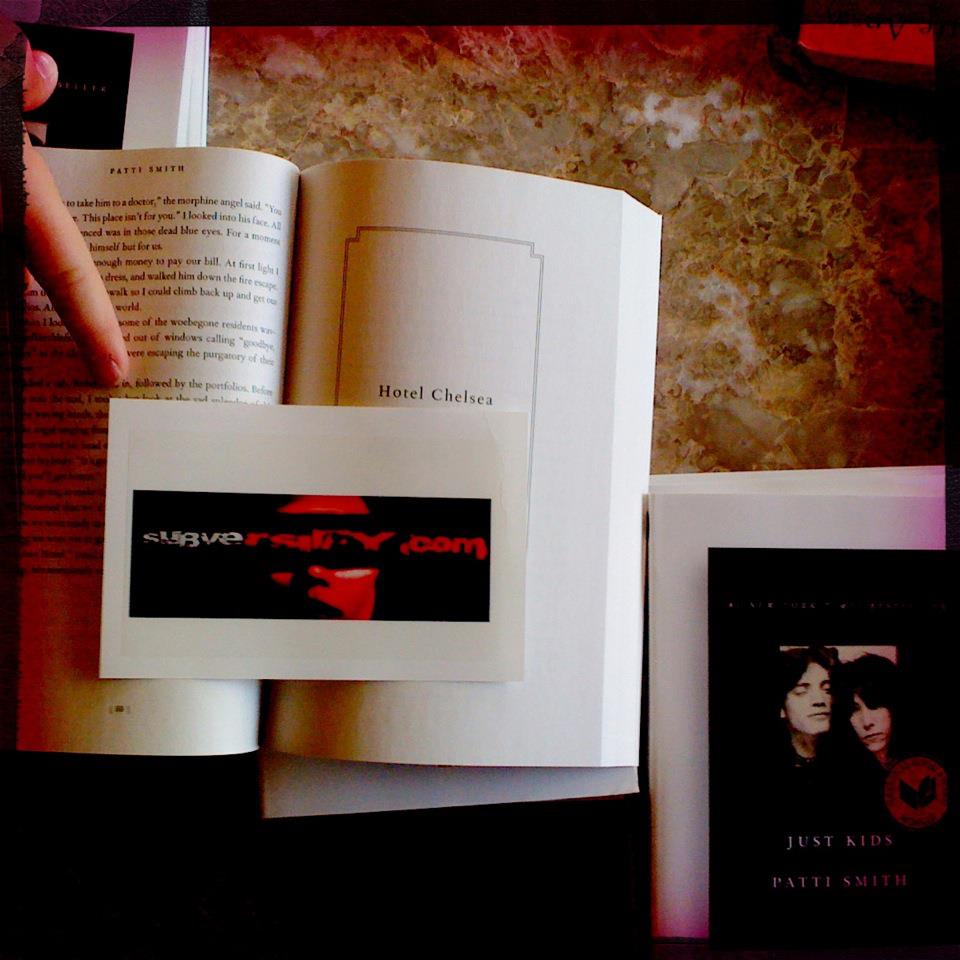 World Book Night is a brand new annual event.  Its birth year was 2011, its birth place was the U.K. The folks at World Book Night picked the night well as additionally; April 23 is UNESCO’s World Book Day, chosen due to the anniversary of Cervantes’ death, as well as Shakespeare’s birth and death.

This year it came to the U.S. and I only heard about it serendipitously through following Neil Gaiman onTwitter.  When I did I headed over initially to help vote for books to be highlighted for the year.  The book I chose, The Gargoyle by Andrew Davidson sadly did not get chosen.  (I cannot recommend this book highly enough however.  Go, Get It, Read It.)

But I was happily connected now through email, so when it came time to sign up to give away books.  I did that too.  I did not realize at first what a Big Deal this was; that it was only the second year and the first in the U.S and those books would be free to me.

I also did not realize that We, the givers were going to be the main PR people in our areas.  Okay, well I did kind of get that, but not the extent.  There was no media, which in retrospect, I  think, I should have maybe done some flyers, contacted the local stations, etc.  Lesson learned.

There is a map of the U.S. and where all the books were given away.  Northern California where I am is pretty sparse and I was amongst only 4 people in my community giving away books.  I do not know who these people are or were or even what books they had.  Most likely because they, like me were brand spanking new at this and had no idea what we were doing.

The book I ended up with was one of 30, you can see the full list here: http://www.us.worldbooknight.org/wbn2012-the-books

I chose Patti Smith’s Just Kids.  It was my first choice and I will tell you I had been thinking about reviewing this book since I read it last year.  Somehow the time got away from me.

Here’s a bit about me and Patti Smith and this book:

I didn’t learn to really appreciate her until I grew up a bit.  I always loved what she had done with music and poetry, the doors she opened for women and punk artists, art-artists and poets and mash-up mixers of all of the above.

But, I never really understood her.  All her interviews that I had seen including her documentary, Dream of Life, seemed highly tangential, yet deliberately so, as if she were trying too hard to keep from making sense.  As if, she didn’t want to share too much, she was holding back.  Which given the fact that Dream of Life was a 10 year project seems like a lot of work, the holding back, the privacy.  Actually the privacy intrigued and impressed me.  I like my privacy, that piece I did understand.

It wasn’t until I read her own written memoirs that I felt I understood any of what she had been getting at.  It was as if she had taken me by the hand and led me through her life.  And that ultimately is what we all want to feel when we are reading memoirs…isn’t it?

Anyway, the book is touching it focuses on her life with Robert Mapplethorpe, their love story and how it sometimes thrived, sometimes starved and made sense to them.  It was lovely.  So too was the weaving of music in her life.  So much so that I spent a good part of the next year exploring further the people music, era that was the soundtrack to this time of her life.  I have found a playlist-somewhat condensed for you here:

The music is integral to her story.  You just cannot get around it, it wove the fabric of her experiences and I think really that’s when and where I started to love her.  Her tastes are as eclectic as mine and I spent the days writing this listening to this sound track.  The spoken word or Burroughs, T.S. Elliot and Jim Morrison weave in and out, providing time and space.  You remember, there wasn’t television for poor artist, even most people.  Spoken word was listened to, soaked in, over and over.  I did this too on my little suitcase Mongomery Ward’s record player.  It made me remember how words and music became ingrained and so very important to me.

You may not have time to listen to the entire playlist right away, but I encourage you to do it, in sections even it will all make sense at the end.

Right, so the night of giving approached ever closer and we were given choices of bookstores where we could pick up books.  I chose my local small bookseller Lyons Books, over the larger box store seller.  Give me a second for a plug here.  I love this little book store.  It is the last locally owned book store in our area that doesn’t (only) sell used books.  It is wonderful and reminds you why you love books and your community when you walk in.  Sitting across from our central park, it is an icon in our area.  We love it to death and go to great lengths to help them fight off the empire of big bookstores and electronic devices.

Some areas did World Book Night parties.  As I look, these seemed to be mostly in larger areas.  Mine did not do this.  I was given a box, not asked my name, as I can only assume maybe the young man couldn’t begin to pronounce it and I seemed to know what I was doing.  He looked at me oddly, as if he should say something.  He didn’t and so neither did I.  It was quite strange.

When signing up we had to answer the question: “Where do you plan to hand out your books. “  I assume this was because one of the missions of World Book Night was to seek out non- or light readers.

I had answered. “Everywhere, anywhere including but not limited to: stores, libraries, parks, crosswalks, bowling alleys and laundry mats. “

My day on April 23, as it turns out did not lend itself to that.  In fact, it was a Monday which I had not even thought about.  Monday’s are usually my day off from the world, to do exactly as I like at the pace I want to.  World Book night necessitated that I interrupt my regularly scheduled Mondays.

I ended up offering up five via Freecycle.org.  of which I gave away two.  I did make it a point to greet the freecyclers face to face which I don’t normally do when giving other things away like old clothes and plant starts or whatever.  It was my first interesting encounter of the day.

Two lovely ladies turned up on my doorstep and were very excited to get books.  They also wanted to give me some.  Not Book Night books, just books that they had.  I didn’t need any of the books they had so they asked me how they could give them away.  I did not know I was becoming an expert on book giving, these were my first two.

So we talked a bit about what World Book Night was, what other agencies in our area took books, what stores would give trade in values, etc.  I completely forgot to get any pictures.  In fact I had intended to get more, but I was handing out books and I didn’t think to have anyone else do it.

The next 5 were given away at my husband’s office, to a variety of different people who I mostly knew from secretaries to counselors and administrators.  Most people I talked to just wanted to chat and were actually planning to share the book with someone else which I guess was okay.

I then crossed the street to a hotdog stand on a whim and gave one away to one excited man who began paging through it as he hit his dog with mustard.  Another somewhat confused man took one , but the cart owner declined.   He only liked books on tape he said and talked to me about his favorite author, some evangelist from Texas.  It was maybe the oddest exchange of the day.  However, I think people equate book giving with proselytizing.

I gave away four more at our local music store where my daughter takes violin lessons.  One went to her teacher who was pleasantly surprised.  Another to  a clerk who although had the look of a rocker had never heard of Patti Smith, a woman on a couch who was gleeful and one of the owners, who was distracted and looked a little stunned to get a book handed to her.

I gave the book out at a grocery where people wore stunned faces and wanted to know what they could give me.  I then took a few hours off and went out in the evening with the last 5 books and my family, each person holding one and turned them loose on downtown.

A couple of men out on a date shuffled hurriedly away from us with disgusted faces when we offered them a book, we heard them muttering something about breeders which was disappointing as the only message we were carrying was literacy and Rock and Art.

Another college  aged couple accepted a book from me, a young man closing the art store accepted one from my eleven year old.  He wanted to give a donation and gave a huge smile and talked about Patti for a minute when we said no to money.  My older teen gave hers to the “cutest boy she could find.”  Himself gave one to a bouncer who said he hadn’t read a book in several years (since getting out of the joint) and was happy his first free read was this one.  (He also right away, found the Easter-egg-hidden Subversify sticker in the book and loved it.)

The last one was given outside of the candy shoppe.  We had been given odd looks, dire looks, curious and glad ones and we had given out 20 books for free.

What I learned was this.  People are terribly suspicious of anything free.  They almost want to give you money they weren’t planning on spending rather than be beholden.

However a smile and a minute to explain yourself usually does the trick with the suspicious.  Children help your cause too.

What I learned about myself is I am terribly out of practice at getting out and talking to people.  It took a couple of times for me to feel comfortable talking to strangers about something that I loved.  I couldn’t imagine going out trying to hock something I didn’t give a care about.  It made me really appreciate my life in which I can chose how, when, where and about what to communicate.

In another way I was very glad for this moment outside of my normal inclination that got me talking to people, especially about books and music and how they can get involved next year.

I can hardly wait until next year and the next and more.  I hope it grows, I hope the organization can continue to fund free books; I hope people continue to want books.  Real ones, with pages.

And I hope everyone who received one this year, logs on to participate next year, they are already beginning mailing lists for next year’s participants.  If you are interested visit: http://www.us.worldbooknight.org/component/forme/?fid=3  and you too can be a Book Faerie!

Grainne Rhuad- It is a rare privledge and gift to be able to give away books.

The Heroic Soldier Story and the Massacre at Kandahar