The discussion over George Zimmerman, with so many attempting to classify his race for him proves that as much as some like to say that we are all “Just part of the human race;” this is not necessarily true. We are still defined by our racial category when it comes to many things, and crime is one of them. Hispanics aren’t a race but a multiracial minority group.

Latino identity is often a visible identity. But, there are many exceptions.

The Hispanic culture challenges black/white thinking, in that we define the word, ‘multiculturalism’ in our various shades. And we have many shades and colors within our homogenous culture, some of which can be listed as:

We have a mixture of races, appearances and ethnicities or mixed identities. Even within the regions or countries listed above, there is always an ethnic breakdown of racial categories that give us each different looks.

Why this perplexes non-Hispanic Americans amazes me, since we have the same thing in the U.S. today. But the hypocrisy of so many in the U.S. who love to minimize this by saying inane things like, “We are all just part of the human race,” amazes me.

Why? Because they are the same people who also use ethnicity to decide who:

But most of these people hide behind cute little clichés that distance them from the discussion of race out of some need to be politically correct. 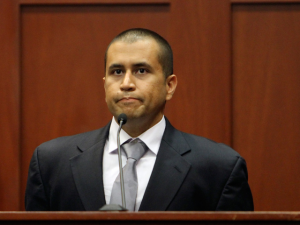 It’s hard for me to believe that in this day and age, people still don’t realize that Hispanics or Latinos come in all races. Apparently, there are people who are so dull that they still feel a need to define a person, like Zimmerman, by their misconceptions of race.

Therefore, many blacks wanted to define him as white, to get the maximum racial stereotypical historical associated hatred for him; while whites were saying things like, “He’s not white, he’s half Hispanic,” to ensure he is not affiliated with them.

“People like purity. They also enjoy using easy identity categories, especially if they can be differentiated from each other. But from what we now know of George Zimmerman, the man accused of killing of 17-year-old Trayvon Martin in Sanford, Florida, he is a sum of hodgepodge parts: Jewish, Catholic, white, and Peruvian. No wonder the press had trouble deciding whether to identify him as “white,” “Hispanic,” or “a white Hispanic.”

“To return to Zimmerman: he identifies himself as white, which is normal. The fact that he speaks no Spanish is also typical of a large percentage of Hispanics. Despite that, non-Spanish-speaking Latinos often get a bad rap for not being able to use their ancestral language—another form of internal segregation. My opinion is that were Zimmerman a Spanish speaker, the Hispanic minority would be feeling much closer to him now. Had he been Cuban, perhaps the Cuban-American community in Florida would have already marched in his defense. Had he been Mexican, the tenor of the conversation might be about how Mexicans have become ubiquitous, to the point that some of them even live in gated communities that need vigilantes to protect against hoodlums.”

A Race or What?

This leads to the questions: Are Hispanics a race? Are we an ethnicity? Or are we simply a mixture of similar cultures?

The concept of a “Latino” identity today is not coming solely from European or white Americans. Today’s descriptions of Latinos are being dictated to us by members of many racial groups, depending on how they want to define us for any given scenario.

Much of the information is based on misunderstanding, even within the Latino communities.

For one thing, throughout history, Latinos have considered the color of a person’s skin a relevant determiner for things like marriage, based on the racism against blacks and indigenous people in our cultures. Racial identity has long been a determinant in our social status, privilege and even the focus of many wars in Latin America. It certainly has been a determinant in human rights. So, racial identity is still very much ingrained into our culture.

The attempts by other ethnic groups to assimilate us from individuals with a rich heritage and traditions into a more generic existence, therefore, is not acceptable to many of us. We like our identity. We feel no need to surrender it to satisfy other ethnic ideas.

Have you ever wondered why that might be? After all, we are all immigrants to the U.S., so some ask why it is so important for some to hold onto our identities. The answer lies in the history of the U.S. and immigration in general. Linda Martin Alcoff addresses this in her discussion of Latinos and categories of race: 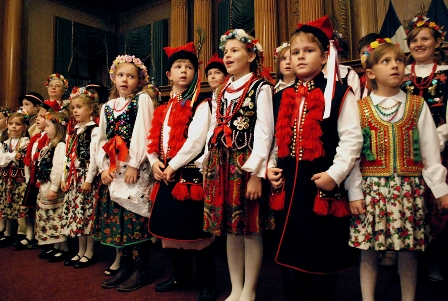 “Irish, Italian, Polish, Ukrainian, and other so-called “white ethnic” communities have organized cultural events on the basis of their identities at least since the 1960’s, with the cooperation of police and city councils across the country. Certainly for the Irish and the Italians, this movement of ethnic assertion has been precisely motivated by their discrimination and vilification throughout much of U.S. history, a vilification that has sometimes taken racialized forms. Thus, there are some clear parallels between Latinos and white ethnics: many have immigrant family histories, and many today share a cultural pride and desire to maintain some cultural traditions perhaps motivated by an awareness of historical if not ongoing discrimination. So why does the growth of a visible, politically assertive Latino population so often elicit such strong negative reactions and a flurry of political analysis about its likely degenerative effects on the general society? ” 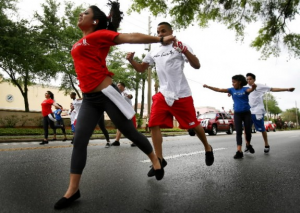 “Latino-themed events are marked as such in a way that white cultural traditions are not—the latter are seen as simply “American” or “Christian” rather than white American or Anglo Christianity. Whites who enjoy a surfeit of opportunities for their own cultural expression often do not realize this privilege, and then feel mystified and threatened by the cultural expressions of other groups.”

(Source: Latinos and the categories of race)

The U.S. has been founded on a sort of black/white binary form of thinking that divides us when it comes to things like racial profiling and convictions. So here comes this new mixture of people who defy the racial stereotypical thinking of racial identities, and blam! You have confusion over whether people like Zimmerman are white or Latino, instead of an acceptance of diversity.

Linda Martin Alcott mentions this too in the following:

“Despite our hopes that the influx of Latinos on the North American continent, in all of our beautiful diversity, would transform and annihilate the binaries and purist racial ideologies prevalent in the United States, this is not likely, at least not likely very soon. The racializing practices long dominant in the U.S. will not simply implode because of the pressure of Latino self-representation as non-raced or as racially mixed. Latinos in the U.S. have without a doubt been racialized. And I would argue that the history and even contemporary socio-economic situation of Latinos in the U.S. simply cannot be understood using ethnicity categories alone; we have been shut out of the melting pot because we have been seen as racial and not merely cultural “Others”. However, although we may be stuck with racial categories for longer than some of us would wish, it may be easier to help “race” slowly evolve than trying to do away with it as a first step.”

“It will also mean that Latinos will be unable or at least unlikely to address the racial issue from within Latino identity: if “Latino” comes to mean merely ethnicity, race will come to be viewed as an issue that may affect many of us but is properly outside of our identity as Latinos. Light Latinos will do what too many white estadounidenses have done: believe that race has nothing to do with them.”
(Source: Latinos and the categories of race)

Ms. Martin Alcott also mentions that the practice of racializing Hispanics also removes our solidarity as a people; and this has been proven in the Zimmerman case. As blacks united to stand behind Trayvon Martin, the NCLR chose to avoid taking a stand on the issue, because of the racial divisiveness this could ultimately cause. This happened again in the Kendric McDade case.

As other racial ethnicities; or people of color unite to help their social status in the U.S. by racializing our culture, we divide our interests. We are not always included in the racial categories of other ethnicities, even if we fit in by the general characteristics we share with them. We are that “other” category. The one that so many in organized and unite racial ethnicities tell to, “Go home” when they feel divided from us.

And that is what much of this comes down to. The attitude of “Go back to Mexico” that is parroted across the U.S., to Hispanics from a variety of countries. As I’ve said before, the attitude today is that all Hispanics are invaders into the this great land we call “America,” in spite of the fact that “America” is part of a larger continent called “Las Americas,” which houses has housed our culture much longer than many “Americans” have been American.