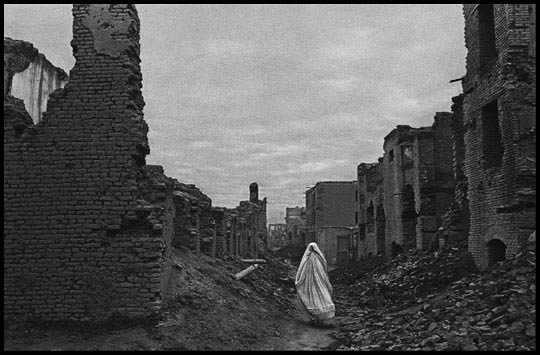 I read somewhere that if you want your children to do what you tell them to do, there are only two things that actually work:  Threats and bribes.  Well, the same thing should be true with regard to international relations — but it’s not.

After decades and decades of administering extremely serious threats and fantastically huge bribes (involving both Cold Wars and hot), American corporatists still aren’t even close to being obeyed — or even respected — by most other countries on this planet.  American corporatists nowadays are just simply being hated. 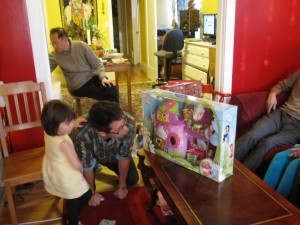 Instead of having other countries instantly obey Washington and Wall Street like they were a bunch of obedient and/or traumatized children, all these so-called “kids” obviously have become passive-aggressive haters instead — and sometimes not all that passive as well.

Take Pakistan for instance.  In 1947, shortly after it had become a nation, Pakistan willingly and happily signed on to become one of America’s most important allies in the Great Game.  And now, as of May 2011, diplomatic ties between Pakistan and the U.S. have completely disintegrated — but only after a very long time (60 years-plus) spent with Pakistan being the recipient of a whole laundry list of heavy-duty threats and almost-obscene bribes from American corporatists.

I just got back from a friend’s birthday party — where I received the entire 411 on Pakistan from a Middle East expert standing over by the hors d’oeuvre table.  “When American troops entered Pakistan in [alleged] pursuit of bin Ladin, then Pakistanis considered that as an invasion.”  Okay.  Invasion seems like a rather large threat.

“So now Pakistan has finally stopped being our close ally and, thanks to Washington’s bad timing, has become a rogue state with a nuclear bomb — a loose cannon — instead.”

In the matter of US-Pakistan relations, threats and bribes clearly haven’t worked.  Oops.  Sorry about that.

And then there’s Iran.  Currently, our corporatist-controlled mainstream media is busy spreading erroneous rumors that Iran has a nuclear weapons program — and should be stopped at any cost.  Even Elizabeth Warren, who surely should know better, is swallowing up this falsehood hook, line and sinker.  What nuclear weapons program?  Iranians don’t have one.  But even if they did, who could blame them for wanting one after having spent the past 45 years at the business-end of corporatist America’s threats and bribes.

But we all know that the corporatists’ latest flurry of war-drum-beating is, once again, not about nuclear weapons or other WMDs– it’s all about oil.  But even so, threats and bribes clearly haven’t worked with regard to stealing Iran’s oil either. 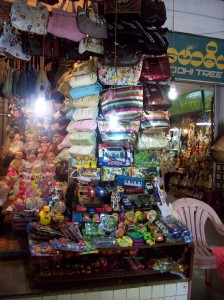 Plus don’t forget Afghanistan.  According to that expert I met at the birthday party over guacamole and cheese sticks, American corporatists’ interests (as compared to the interests of just poor slobs like you and me, mere voters and taxpayers) will NEVER let U.S. troops leave Afghanistan.  “Why is that?” I asked, while reaching for the Gouda and rye.

“Because of its strategic location, right next door to both Pakistan and Iran — and, of course, to Russia and China.”  Four countries who have the chutzpah to withstand American corporatist takeovers.

So American corporatists now have huge bases in Afghanistan and Macedonia (and don’t forget Israel, Iraq and Kuwait) — whose main purpose seems to be to surround Iran, Pakistan, Russia and China with huge threats.

And there’s one more country that I forgot to mention where corporatist threats and bribes may not be working either — America itself.  Even despite all the recent tear gas in Oakland and New York City and all the happy promises offered by Fox News, Americans are also starting to wise up and act like rebellious children — Hansel and Gretel to be specific.

Carrots and sticks.  Threats and bribes.

However, American corporatists are NOT dealing with little kids here — but rather with adult human beings and sovereign nations.  And so their authoritarian theory of threats and bribes — a theory that appears to work well on easily-cowed kindergarteners — is not doing so good when forced down the throats of grown-up countries like Iran, Pakistan, Russia, China, and even the U.S.

As evidenced by the failure of Washington’s and Wall Street’s multi-trillion-dollar post-WWII foreign policies that have forced the rest of the world’s 99 percent into today’s sorry state of disequilibrium between uber-rich and downtrodden, threats and bribes just don’t work all that well in the sphere of international relations.  Cooperation between nations and peoples works better.

And, come to think of it, encouraging cooperation also works better on real children too! http://www.learnoutloud.com/Catalog/Self-Development/Parenting/Children-Are-from-Heaven/20469.

PS:  The birthday party turned out to be a great success.  A birthday was celebrated, deep ideas were discussed — and there was plenty of food.  And speaking of food, I also talked to an expert on America’s failing food production system.  Apparently our lack of food supply sustainability is gonna screw up America’s future bigtime, happily giving us cancer, among other things.  http://www.youtube.com/watch?v=JL1pKlnhvg0 [Monsanto & Cancer Milk:  Fox News Kills Story and Fires Reporters]

And I also talked to someone who stated that the future of America ultimately depends on the success or failure of its small businesses — not on placating huge greedy corporations who will do anything for money.  “Did you know that WalMart opens approximately 30 big-box stores per month?  And that each one of these monsters causes at least ten small local business to fail because they can’t compete with WalMart’s artificially-lowered prices, sweat-shop imports and tax breaks received for outsourcing?”

He also lamented the fact that, over in Afghanistan, authorities openly ask for baksheesh because baksheesh is an accepted custom, understood for what it is:  A bribe.  “But over here in America, these same bribes are disguised and made legal by being called various fog-enshrouding names such as building permit fees, business licenses, liquor licenses, tax codes requirements, parking charges, payments to for-profit health insurance companies, etc. that nickel-and-dime American small businesses to death.  But baksheesh is baksheesh, no matter what you call it.”

Threats and bribes.  Not working!  Let’s try cooperation instead.

*************************
Advertizements for myself:  In these hard times of brutal (and illegal) corporatist economics, I am doing whatever I can to make a spare dollar.  Here are some of my current alternate-economy schemes that never seem to work — but I keep hoping!

****
Need an actor to play an older woman in your movie?  Then I’m your man!  I can portray all kinds of older women — from judges, business execs and other insane zombies to bag ladies, cancer patients, kindly grandmothers and dying patients in rest homes.  I’ve played them all.  So send me a script and let’s do this.  Hollywood, here we come!

****
Are you a plaintiffs’ attorney who is tired of writing those pesky personal injury settlement briefs all the time?  No problem!  I can write them for you.  Years of experience.  And pay me only if you win the case.

****
Fortune Telling:  If you scan a photocopy of the lifeline on your dominant hand, e-mail it to me at jpstillwater@yahoo.com and slip five dollars into my PayPal account, I can (and will) ask Madame Jane to tell you approximately how long you are gonna live — and also get her to throw in some stuff about future quality-of-life as well.

Need a Notary Public?   Have seal, will travel.  E-mail me at jpstillwater@yahoo.com and I’ll stamp your document, make it official and only charge $10.  Of course if you live outside of Berkeley, I may have to charge travel expenses — but am well worth it!