By: Bill The Butcher
Statutory disclaimer: The statements made in this article are my own and are a statement of my beliefs and the fruit of my research. As usual, though, I am in no way responsible for any fights, quarrels, disagreements or fallings-out as a result of discussions arising from this article, on this website or elsewhere. Also, as usual, my sources are linked to in the body of the article for the convenience of the reader. 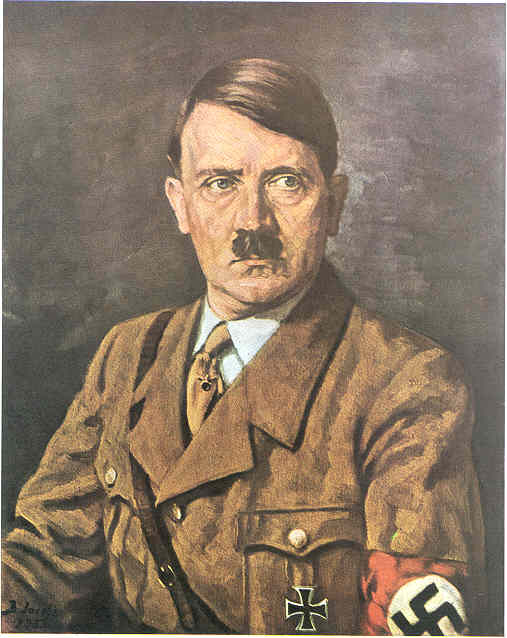 As everyone who has been reading me for a while is aware, I’m fascinated by Hitler and the Nazis, to the extent where if I were an academic historian I’d have specialised in the Third Reich to the exclusion of pretty much any other topic I can think of except maybe the reign of the Tsar Nikolai II.
While there are so many things to talk about where Hitler is concerned, the main facts are pretty well known: he took over Germany, made himself dictator, militarised the country, tried to wipe out the Jews, Communists (as the Jews and Communists were often the same people, this was kind of like killing two birds with one stone), Gypsies, Social Democrats, trade unionists and anyone else who even thought of disagreeing with him, and then went and started (well, not technically, since Britain and France actually declared war on Germany, but he was directly responsible for creating the circumstances for said declaration) a war with half the world that ended in his shooting himself in a bunker while Russian shells were falling outside the door.
In its essentials, those facts are completely correct.
But the question is: how is it that Hitler actually lost the war?
Think about it a moment. Here’s a man who had absolute control over his people, his nation and his armed forces. He had more absolute control than other dictators because he had succeeded in achieving a kind of Godhead status amongst his people (more about that in a moment). His General Staff was completely beholden to him, and every general who even thought of treason had been co-opted or purged. His armies, even in their last days, were technologically superior to all their enemies. And, militarily speaking, by 1942 he was unchallenged master of everything between the river Volga and the English Channel. How could he possibly have lost?
Yet, as we know from history, he did, completely and catastrophically.
I believe, and in this article I shall endeavour to show, that Hitler lost because, subconsciously, he was determined to lose.
I know that this will be a controversial statement, and will likely come in for some derision. However, I believe that there are grounds that enable me to reach this conclusion.
If you look at Hitler’s conduct of the war, you can hardly avoid noticing a glaring fact: he kept missing golden opportunities. For a man who, for all his failings, can be described (at least in the early stages of the war, before he began micromanaging everything) as militarily a competent strategist, such blunders are inexplicable. Let’s just look at a few:
The pre-Munich phase: Those of us who know a bit about history will remember that the Second World War actually almost began in 1938, when Hitler demanded German-inhabited areas of Czechoslovakia (the Sudetenland). War seemed inevitable – a war Germany was even more unfit to fight in 1938 than it was in 1939 – but Hitler was adamant. His own army generals were seriously considering a coup d’état to get rid of the suicidal government, but then Britain and France signed the Munich Agreement, which ceded Sudetenland to Germany, handed Hitler an enormous bloodless victory, and swiftly checkmated opposition in the generals’ ranks. Yet, had Hitler actually started the war in 1938, even if he hadn’t been toppled by the military, he would have faced a strong Czech army (the Czech fortifications were all in the Sudetenland) and British and French armies which were at least much stronger than the Wehrmacht. It wasn’t Hitler’s fault that he didn’t lose the war before it even began.
Going to war: What isn’t much known except to those who are familiar with the history of the Second World War is just how it started. The end of the First World War cost Germany eastern territory, which was sliced off to Poland, a land-locked entity at the time. In order to give Poland an access to the sea, a strip of territory (called the Polish Corridor) was handed over, which had the effect of cutting off the large and very important province of East Prussia – home of most of the German warrior caste – from the rest of Germany. At the eastern tip of this Corridor was the city of Danzig, with an almost entirely (about 95%) ethnic German population, which was cut off from East Prussia as a “free city”. The Danzigers wanted, by an overwhelming majority, to be part of Germany. The Germans wanted, in the meantime, a road through the Polish Corridor so that the two parts of Germany were connected by other than sea or air. So, Hitler demanded Danzig and the road through the Corridor. By Hitlerian standards, in fact, these demands were rather reasonable. 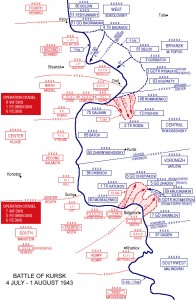 Let me stress that Zitadelle wasn’t exactly a military masterstroke. It was, in fact, so obvious a move that the Soviets were already digging in for a German offensive before the Germans had decided on the offensive. So massively had they fortified themselves that there was no way the Germans had a hope of success, though they were about to throw in their new Tiger tanks and the Elefant tank destroyer.
Now, one must understand that the Soviet preparations weren’t unknown to the Germans. So well-known were the Soviet preparations to the Germans that they delayed the offensive in order to further reinforce their panzer armies. Even Hitler frankly admitted that the very idea of attacking in the “East” in 1943 “turned his stomach” (vide Clark, Barbarossa; Clark gives an excellent and detailed account of the German indecision over Zitadelle) – yet he went ahead with the operation anyway, even though just about everyone knew in advance it was pretty much doomed.
So, by the time Hitler bowed to the inevitable and called off the offensive, the Germans, after the greatest tank battle in history, had lost half their armour, and had utterly failed to even cut off the Kursk salient, let alone breach the Soviet front. If Stalingrad meant that the Soviets couldn’t lose the war, Kursk, which shattered the panzer armies beyond recovery, meant that the Russians would inevitably winit. 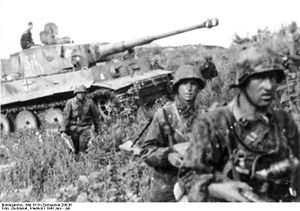 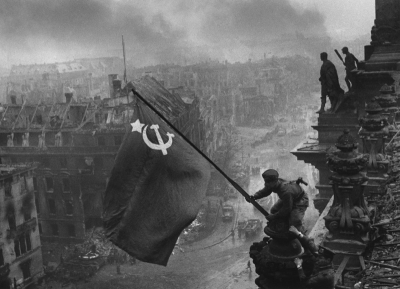 Bill The Butcher Takes a look back at Hitler and his possible motives.

A Life on the Ocean Wave….