A Life on the Ocean Wave…. 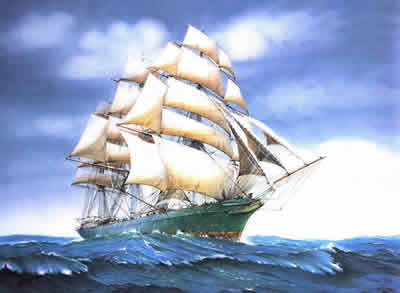 England around the 17th and 18th centuries, or to be more precise, Britain, being an island and therefore a seafaring nation has always depended upon her Navy, be it the Merchant Navy or in times of War, the Royal Navy. As all ships required a ‘crew’, sometimes it was necessary to employ more devious methods than straight ‘volunteering’ for crew members. It was therefore necessary to ‘Impress’ a great many sailors at times.

In order to fulfil sufficient manpower, the ‘Press’ or ‘Press-ganging’ came into being. This was the ‘act of conscripting people to serve in the Navy, usually by force and without giving notice’. I will stick to the navy at this stage but a similar tactic was also introduced into the Army for a limited period in the late 1600’s.

‘The Press’ was given legal sanction in 1664 but an unofficial version went back much further in time. It was supposed to be limited to ‘eligible men of seafaring habits between the age of 18 and 55’ although at times, when the navy was ‘hard-pressed’, non-seamen were also taken. Those who considered they were unfairly ‘pressed’ had an appeal system through the Admiralty. These appeals were often successful.

The Hollywood version of events where the tactics show ‘anyone’ being fair game, is not true in fact, as people with little or no knowledge of the sea were of little use on board a ship, particularly a fighting ship. The public was strongly against ‘Impressment’ but it was considered in law to be necessary for the survival of the Kingdom. The courts generally upheld the concept………

Merchant ships about to make port in Britain were often stopped at sea and the majority of the crew were ‘pressed’ into further service for the Royal Navy. This caused serious tensions between America and Britain leading up to 1812. After the defeat of Napoleon in 1814, Britain ceased the practice and it has never been resumed.

The system had its good points, as life for poor people on land was extremely harsh during the 17th, 18th and 19th centuries. Life on board the Royal Navy ships was comparative luxury, but not according to to-days standards. Pay was low, but some Captains received more applications than in fact there were jobs aboard their ships. Any ‘prize’ captured by the ship was shared among the crew and being a sailor could be profitable.

Many men who were forcibly ‘pressed’ would, upon arrival at the ship, sign volunteer status, as this meant they would receive ‘a bounty’ and if they had been captured from a Merchant ship, the previous captain would be obliged to pay off the seaman with full back pay.

One of the largest ‘Impressments’ ever to take place occurred in early 1757, when America was still under British colonial rule. Three thousand British soldiers actually cordoned off the then City of New York and cleared out all the gathering places for sailors. In all, eight hundred men were taken, including tradesmen and Negroes. Four hundred were deemed unsuitable but the other four hundred were taken into service for the Royal Navy.

Desertion rates were obviously high, but anyone ‘jumping ship’ lost whatever pay they were due or any share in any prize. It was quite normal, after about three months, ‘pressed’ men settled in for the maximum five-year term. On return home after their tour of duty, they were comparatively wealthy men and could afford, as many did, open taverns for sailors near ports.

The actual ‘press-gangs’ had the authority of the law, but local officials, and not just the Americans, often acted against them. The gangs were part of the official ‘Impressment Service’ but sometimes found themselves being imprisoned or having to fight their way back to their ship whilst being shot at by those unwilling to be taken.

Between 1795 and 1815, England also used the ‘Quota System’ (or ‘The Quod’) for recruitment. This was whereby each county was required to supply a pre-determined number of men depending on their population and number of its seaports. This was a poor system as many criminals and inexperienced ‘landlubbers’ ended up in service on board ships.

Finally, as regards the Navy. It might appear from the above that every other night, the ‘press-gangs’ were wandering the streets snatching innocent young men for service. It is not quite true except during a time of war, as during peacetime there was always a surplus of men willing to work for the Navy.

The problem with the American impressments caused major uproar after the American Revolution. In 1795, Britain and the ‘new’ United States signed the Jay Treaty whereby the British said they would no longer impress ‘Americans’. However, Britain once again dished the dirt, as they refused to recognise ‘naturalised Americans’ and continued to impress any they came across on Merchant ships. In fact, over 6,000 such men were taken by force into the services of the Royal Navy.

Although not mentioned in the declaration of War of 1812, impressment had caused so much diplomatic tension between the two countries, it helped to turn American public opinion towards the cause.

Just a few lines about Army Impressment: In 1645, the ‘New Army’ raised by Oliver Cromwell (spit and curse at the mention of his name), he used ‘impressment’ to form an army to fight and overthrow Charles First. After the Civil War ended, it was discontinued.

Between 1775 and 1781 recruitment into the army was basically successful but the impressment of men was also permitted if necessary. It was seldom needed except in extreme circumstances as the threat of being so taken was sufficient. During that time, some men used to cut off their right thumb and forefinger to incapacitate themselves and thereby make themselves unfit for army service as it made them unable to fire a musket.

Oddly enough, during the planting and harvesting season, any farm workers were exempt whilst anyone hanging around the streets of London was fair game.

Under the Vagrancy Laws, all ‘idle and disorderly persons and incorrigible rogues’ could be taken and impressed without appeal. Also men, who had abandoned their wives and families, thus ‘leaving them at the expense of the Parish’ could and were impressed.

And finally, on a near-modern and personal note, I can remember in the 1950’s, back home in Ireland, drunks and disorderly men who appeared before the court, were given a conditional discharge and cash for a boat ticket from the ‘Court Poor Box’ provided they ‘left the same day for England to join the Army’.

So there you have it: I hope you are all well impressed with this little story, but never ‘Impressed’ in fact……

Mike- The system had its good points, as life for poor people on land was extremely harsh during the 17th, 18th and 19th centuries.