While writing about hobos, homelessness and adaption, I began to wonder how much the human being will adapt to humility. I’m a psychology freak, so forgive me… 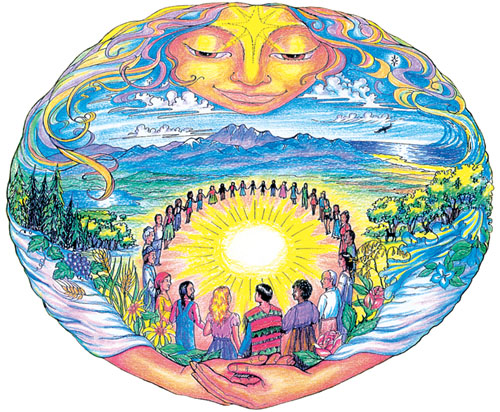 Adapting to the unacceptable

I believe this is important in explaining how Americans have gone from a post Industrial society to where we are today. With huge numbers of citizens sleeping in public shelters and on the streets; and some adapting and accepting this plight as if they deserve nothing more, is this natural adaption?

In an article on adapting minds, Gintis explains the mind like this:

First…the human brain is extremely costly to nurture and maintain, its general contribution to human fitness must be high, and hence the brain must be an adaptation to the particular conditions under which our species evolved. Therefore, understanding these conditions may shed strong light on human psychology.

Second, the human brain’s information processing capacities are likely to be closely associated with the particular adaptive needs of our species, rather than being a simple, general purpose information processor. Thus, rather than being infinitely malleable, humans are predisposed to behave in certain ways in the sense that under a very broad range of environmental conditions some behaviors will be virtually universally exhibited and others will be extremely rare, while behaviors to which we are not predisposed will be exhibited either not at all, or only in a very restricted set of environmental circumstances.

Marx saw adaption as a theory of social progress — a dialectic of the human condition. He felt adaption was a new form of Humanism where people accepted what they need, instead of going after more than they need. He represented the conditions of the poor, in life and labor, and in relation to the industrial revolution with this in mind.

Today’s class struggle demonstrates Marx’s assumptions. The methods of production fundamentally have caused these struggles. We have created scenarios where human beings have been devalued to the point we remove their basic expectations for comfortable housing.

The method of evolution is not simply a recognition that things go through certain processes of development. We are not real evolutionists until we are willing to recognize that the processes of natural selection, of trial and rejection, of extermination and survival apply to moral principles and social ideals as well as to biological forms.

(Source: Social adaption: A study in the development of the doctrine of adaption as a theory of social progress, Lucius Moody Bristol)

Self-efficacy is a person’s belief or views in their ability to succeed in a particular situation.  For instance, in the situation of homelessness, a newly homeless person might go through the process of identifying goals they want to accomplish to get shelter again. They might identify things they would like to change, and things they would like to achieve. Research has established a strong link between self-efficacy and psychological health. Especially during times of crisis.

People with a strong sense of self-efficacy might view the problem of homelessness as a challenge they will overcome. They might apply themselves deeper into activities that would help them accomplish this goal. They would likely recover from the ups and downs of the disappointments of being homeless.

People with a weak sense of self-efficacy might avoid thinking about solutions to finding shelter. They might focus more on their personal failures. They could lose enough confidence to shift their attitude to acceptance of their current situation; even finding ways to romanticize it, idolize it and live down to those dreams.

(Source: I Can, I Do, I Am: The Narrative Differentiation of Self-Efficacy and Other Self-Evaluations while Adapting to Bereavement; Bauer, Jack; Bonanno, George, November 2, 2001)

Children of the homeless and self efficacy

Scientists have found that self efficacy beliefs begin to form in early childhood as children deal with a wide variety of experiences, tasks, and situations. So, what happens to the views or self image of children exposed to extended homelessness.

According to Albert Bandura’s social cognitive theory, several behaviors help to develop one’s ability to bounce back through self efficacy:

So, will children who suffer homelessness for extended periods end up less likely to master self efficacy? Will a generation of children who have suffered through the experience of sleeping in a variety of shelters diminish a future generation’s ability to reach challenges? And how will this affect our society as a whole, with its capitalistic need to compete?

Self deception is the process of misleading ourselves into accepting an unrealistic truth of oneself.   For instance, imagine an anorexic woman looking into a mirror while you observe her. What you might see is an emaciated woman who looks unhealthy. What she might see is a fate woman who needs to lose ten more pounds to reach some image she has of herself as perfection. Of course, if she continues starving herself, she will only grow sick and die. But in her mind, she can never be the person she wants to be; so she denies herself the option of even being the best she can be.

This is done by homeless people too. They see themselves as that imperfect person who will never be accepted by society; after dealing with so many negative vibes from others. So, they accept a lesser goal for themselves. Instead of working hard to have a permanent home again, they settle into a romantic notion of living freely.

They conjure up romantic images of a survivalist, our nation’s hobos, people who have gleaned an identity based on poverty and acceptance of their financial situation; even turning it into an alternative lifestyle.

Adaption is defined as physical or behavioral characteristics that allow one to better survive in their environment. But, is accepting homelessness adaption? When considering survival, it might seem that way.

Certainly, there could be adaption involved in accepting positive views of one’s current situation. And maybe it could be considered as a form of self efficacy too, if the person accepts the lifestyle as merely a step in a process of moving their life towards self sufficiency.

But in self sufficiency, people still have basic needs to enjoy fulfillment. They become autonomous, provide for themselves without the help of others and even gain a confidence in the choices they make.  If our primary animal needs — the needs we have to survive as a species, such as: subsistence, sex and work; then, is this adaptive process beneficial to a person who chooses to look upon homelessness this way?

I’m not so sure it is, either for the person or the species in general. It further alienates the person from society as a whole. And when a society accepts the poor as a social class that doesn’t even deserve the basic needs we all expect, such as the expectation of a home, we have a corrupted society.

Self Reliance, a Myth

Unfortunately, in today’s world it is nearly impossible to become completely self sufficient. We rely on another person to treat us for medical conditions. We need others to pay taxes to support infrastructure for communities. We need others to drive us when we don’t have vehicles, as in public transport systems. We need others to give us permission to lay our bed down at night; be it through purchasing a spot or asking to camp on a piece of property.

Therefore, no matter how much we withdraw from society and strike out on our own, at one time or another, we come under the domain of others to help us survive. If we subjugate ourselves to a position in life where others feel we are not taking life seriously, or view us as unimportant to society will they offer to help?

Self sufficiency is the ability to create shelter when we need it, provide food for ourselves, use tools sufficiently enough to survive. Self sufficient societies have the capacity to grow and evolve into different, more advanced societies as people discover better solutions to shelter and tools, or new ways to acquire food. This is a natural part of evolution.

What we are seeing today in some homeless cultures could be the beginning of new societies of people learning to do without. How will this affect our economy in general? And how will a capitalist society deal with this new model?

What if people no longer pay taxes for working; after we have eliminated them from our societies through denying them employment and housing? Will a smaller number of people support basic services? Will the cost of these services go up accordingly?  To me, these are very real issues that could change the dynamics of society in the future if we don’t study the homeless condition and find solutions.  Capitalism hasn’t found these answers. Is it time that we find other social and economic models to address this?

Jennifer Lawson-Zepeda- Adapting to the Unadaptable

Ah… But can She Cook?