Ah… But can She Cook? 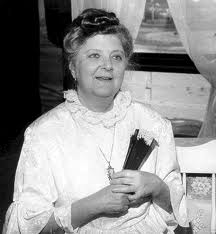 Tying (or Lying) the Knot….

This is one of my Grandfather’s stories that he related to me when I visited him ‘down the country’ back in Ireland in about 1960. He laughed throughout the telling:

The year was 1953 and times were still hard after World War Two back in the village. Seamus O’Mahony’s dear old mother, Catherine had just passed away. She had survived to the ripe old age of eighty-eight and had been widowed forty years earlier. She and Seamus ran the smallholding of five acres, which provided sufficient food and a small income for the pair of them. Seamus was now fifty-nine years old.

One fine spring morning, Seamus got the notion into his head that he should begin to think of marriage. Not for all that love and such nonsense if you don’t mind, merely for companionship and comfort. You see, his mother had never taught him how to even cook an egg and how to boil water even eluded him. He did not mind the future loneliness but he had a great fear of starving to death. He began to look about the county for a suitable candidate.

He listed his assets and decided that his entire lot would not fetch more than a few thousand pounds. With that in mind, he was looking for a woman with a similar amount of collateral. He quickly realised that there was not a single suitable woman within ten miles of the village so he decided to confide in one of the village elders, a Mr. Doyle, who lived close to Granddad, and seek his advice.

Now at that time there was a publication in Ireland called ‘Irelands Own’ with a special section advertising such arrangements. It appears that it continues to be published but now looks quite modern. In those days, it was – let me just say – quaint. The ‘personal contacts’ page made fascinating reading and until you realised that the advertisements were in fact genuine, you would have thought that they were all a series of jokes albeit not what is now known as ‘politically correct’ ones.

In any event, Mr. Doyle sat down with Seamus and they formulated a plan. After about an hour of trial and error the following advertisement was written up and sent off for publication:

‘Single farmer, in his fifties, living alone in a beautiful cottage, with own land and livestock seeks the companionship of a financially secure single lady with a view to a long-lasting relationship’.

A reply Box Number without the name or address was requested and the paper was to send any replies direct to Seamus for consideration. Mr. Doyle agreed to be the referee and make any decision on those who replied.

Well, the weeks went by with not a single answer and Seamus began to worry. Mr. Doyle assured him that such a delay was normal and that he would be worried only if he had received too many replies in the first week or two. However, on the third week, a single well-written reply was received. It went something like this:

‘Sir, I have read with interest your advertisement and consider that I may be the person that you are seeking. I am single, in my early forties and a retired schoolteacher. I have fairly substantial savings and a regular government pension. I would like to further our correspondence with a view to visiting your farm and making any other arrangements you may have in mind’.

The letter was signed ‘Mary Finnegan, Miss’ and included a County Meath address. As I have said, Seamus had not given his location at any stage as was usual in such circumstances.

Mr. Doyle agreed that she seemed to be ‘a perfect candidate’ for what was required and between himself and Seamus they wrote a letter. They gave the area where he lived but not the address or name of the village.

Three weeks later, Seamus received a further letter from Miss Finnegan via his Box Number. It seemed that she was becoming quite anxious in case he had received better offers. She indicated once again that she would like to visit the village and farm.

Panic set in when Seamus read the letter and he literally ran to Mr. Doyle for advice. “Now calm yourself down” Mr. Doyle coaxed, “there’s no problem at all, at all. Sure we just have to fix up a few things before she arrives and everything will be gameball”. Seamus was not so sure……………

The next day, a Sunday, Mr. Doyle waited outside the small church and spoke with each of the local village farmers as they left Mass. They would meet in Berrigan’s pub later that evening when all would be revealed.

At 8.30pm that evening there were about fifteen local small farmers in the public bar at Berrigans. Mr. Doyle told them of the position with Seamus and outlined what had to be done within the next three weeks. He would write to Miss Finnigan and invite her to stay for a day or two at Seamus’s farm and see how things worked out. In the meantime, as many men who could spare the time would go to his farm and make the numerous repairs that were urgently required.

Any quality furniture they had in their own homes should be brought along to make the house more fashionable and presentable. All their prime livestock were to be brought at a later date.

A suitable reply was sent to Miss Finnigan on the Monday and plans were set in motion for her to visit in three weeks time. In the meantime, what had to be done was rapidly being done…………..

On the day of her arrival, Seamus, closely guarded by Mr. Doyle, met Miss Finnegan at the local railway station. She was quite a pleasant looking woman and quite well dressed. Mr. Doyle whispered to Seamus “Begob Seamus, if she’s in her forties, you must be still in your twenties”. Seamus could not have given a damn what she looked like or in fact how old she was. All he wanted to know as quickly as possible was ‘Can she cook’.

They rode in style in a wonderful horse and carriage – borrowed from one of the local farmers – and arrived at the ‘new’ gate – again borrowed – at Seamus’s farm. The fields were stocked with fine cattle – the best in the area and of course, all borrowed – while the house looked as if it had only recently been built. It practically was after all the rushed repairs carried out in the preceding three weeks.

They entered the front room where she was surprised to see an upright piano in the corner – again borrowed from the local school and some of the most beautiful furniture that could have been found in numerous houses in the village a week earlier. A Welsh dresser displayed a wide range of beautiful crockery and other expensive ornaments………….

It was obvious that Miss Finnigan was greatly impressed with all she had seen and when she was shown her bedroom she was speechless. It was absolutely beautiful with a log fire burning in the grate.

Mr. Doyle made his farewells and left the couple to their own devices. “Seamus”, Miss Finnigan spoke quietly.”You have obviously gone to a lot of trouble to impress me but I have a confession or two to make. You see, I am really fifty-seven years old and only have meagre savings. I do have a reasonable pension but I would not like us to start off on the wrong foot. I am sorry”.

“Don’t be daft Miss Finnigan”, Seamus blurted out “sure you look just lovely and have already turned the old cottage from a house into a home. As for confessions, sure and amn’t I the idiot. In trying to impress you sure I borrowed all them cows in the lower field and most of the furniture and fittings from the village folk”. Miss Finnigan laughed “Arrah now Seamus, sure as long as you have a single cow and can grow some potatoes and vegetables, sure we will be alright”. “Do you mean……….” Seamus paused “that you can cook as well?”

Ok then, we will leave the pair alone for a week or two and all I will add is that a month later they were married in the local church with Mr. Doyle as Best Man. They did not go on honeymoon but went straight back to the farm where Miss Finnigan or should I say, the now Mrs. O’Mahony cooked Seamus a wonderful roast chicken dinner with all the trimmings.

“Marriage” Seamus was quoted months later as saying “sure now, isn’t it a wonderful institution – especially when the wife can cook”.

Mike- In the meantime, as many men who could spare the time would go to his farm and make the numerous repairs needed that were urgently required.