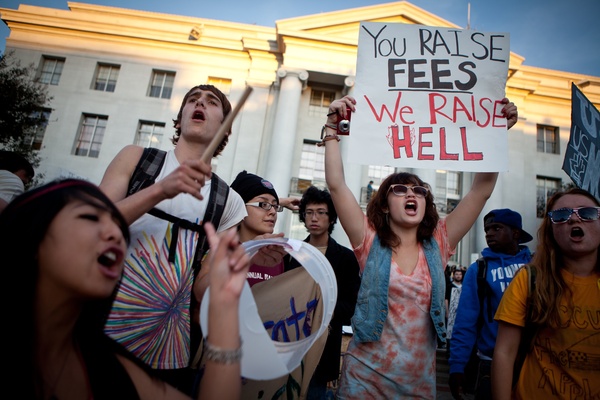 What did the Occupy movement accomplish?  This is a question that many across the world are asking now that many of the encampments have been torn down.

Certainly, the opposition loves to quote figures on how much the movement cost taxpayers.  They offer escalated figures in lawn replacement (not mentioning the fact that people from the movement volunteered to redo landscaping), garbage collection, even wearing Hazmat uniforms to implant the idea that the people in the movement were subhuman and filthy.  This was an excellent propaganda attempt to discredit the OCCUPY movement, but what did this movement really accomplish?Since 2001, it was one of the first movements that unified people worldwide to fight a rather quiet movement of many elite financiers who have created legislation to control the masses.  OCCUPY was a grass roots attempt, but it sprung up like wild fire and frightened the social elite throughout the world; enough so that they worked hard to manipulate the press to cover it with some of the dirtiest yellow journalism we’ve seen.  The sheer numbers of protesters that turned out influenced some rather positive changes, at least in the U.S.

Inside the U.S. the Tea Party movement was suddenly alive with propaganda that the OCCUPY movement was filled with criminals, homeless people, substance abusers, rapists…you name it.  They couldn’t wait to expose the fringe players that joined encampments and brought problems, much as fringe players join NFL football games and get arrested; or join parades and get arrested.  Instead of acknowledging the fact that in big cities at all public venues there are always people arrested for an array of things, they made it their focus in an attempt to spread propaganda about the movement.  But what about their blue-haired old ladies screaming racist slogans at Obama?  What about their fringe rebel rousers carryiing racist literature.  Should we judge their entire movement by these people?

The OCCUPY movement also brought out students asking for universities to stop raising their tuition.  It brought out the masses who were fed up with the wealthy getting Bush’s tax cuts until 2012.  It brought out the silent majority and it brought them out in huge numbers.  And the ones that didn’t march showed support by honking their horns or other ways. So is this a success?  I would say it is.

When you have countries like the U.S. suddenly working to beef up their police forces in anticipation of riots from unfair taxation and representation by politicians doing the bidding of the wealthy elite instead of the average taxpayer, and the masses move into the streets, you have the beginnings of a revolution.

The U.S. 2012 election will tell the whole story of how fed up America is.  And maybe now, the Justice Department will begin arresting some of the key executive players in banks like Citicorp, Bank of America, Lehman Brothers and others who have been instrumental in destroying the U.S. economy by hiding illegal banking practices.

Was the Occupy movement a failure, as the mainstream media suggests? Author Jennifer Lawson-Zepeda examines the issue as the world waits.