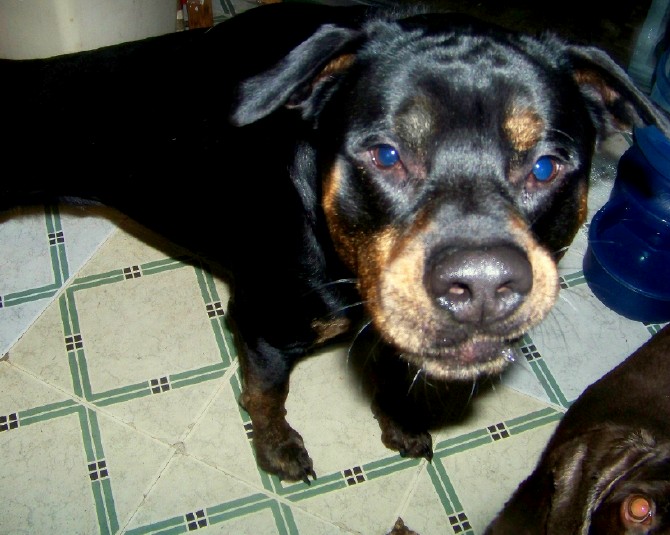 It wasn’t exactly Cruff’s famous Dog Show in England, if you know what I mean; it was merely the Town Festival back home in Ireland in the summer of 1966, but the way mom was behaving with her old dog, you would certainly think that it was.

Blackie was a strange mixture, what they call in the East End of London, a ‘Bitza’- bits of this, and bits of that. Smaller versions are known as Shoreditch Terriers in the same locality, as years ago now, there used to be a pet market in Club Row, not far from Petticoat Lane. You see, the villainous sellers used to give the dogs sedatives before putting them out for sale. The unwary customers would buy the dog thinking that it was a beautiful peaceful little dog, buy it, take it home and everything was wonderful until the sedative wore off. Then the little docile pet became a ferocious animal and was trained to wreck the place. In the vast majority of cases it was of course put out into the garden where it promptly found an avenue of escape and no matter what part of the country it was in, made its way back to the original seller in time for the following weeks market.

Some sellers were proud that they had sold the same dog as many as twenty times during the year. It is all illegal now and the pet market no longer exists.

Right then, back to the day of the Dog Show. Well, there was my mom leaning over the bath shampooing Blackie. “You are my furry little baby, you little rascal you” she purred in the enjoyment of her expectations. She was like that vet in All Creatures Great and Small and you know something, I honestly believe that she and Blackie could talk to and understand each other.

The story about Blackie is in itself remarkable and hardly believable. The previous November, on my twenty-fifth birthday incidentally, Dad died after a long illness. We only lived about five hundred yards from the church and cemetery. Well the day of the burial, all the men walked down and awaited the arrival of the women in the limos. The service and burial took place without any mishap and as we stood in the car park, the driver held the door of one of the cars open for mom. As true as God, out of the back of the old graveyard, this black dog ran, straight across the open space, and jumped into the car in front of mom.

Now mom, being a country girl still at heart, was deeply superstitious and came out with the weirdest expression “Mother of God” she cried ”tis an omen, I tell you all ’tis an omen”. She would not allow the dog to be removed from the car and they drove off as we walked back up the road. In actual fact we got to the house before the cars and awaited mom and the girls.

I had the front door of the house open and again, I swear to the fact, the driver opened mom’s car door, the dog jumped out, ran straight past us into the sitting room and jumped up onto my dad’s old armchair. Any attempt to move him failed, not through any vicious actions by the dog, but by my mom’s cries “Oh my God, it’s true…………”.

She didn’t have to say anything further but we all knew what she meant. In fact, a year later, I was still thinking of it and actually spoke to the local Priest about reincarnation. He practically called me an idiot and with the swear word preceding the word idiot, I gave up on that idea forever. Priests I tell you, sure they are nearly as bad as Police Officers.

Now to get back to the dogs show: My brother gave mom and the dog a lift down to the seafront where the show was being held. We were obliged to get a bus but because of the crowds there, again we arrived before them while they searched for a place to park.

There were dogs of all shapes and sizes from greyhounds to Lurchers and so many Jack Russell terriers that a fight was inevitable. Chaos broke out when a yappy little dog, a West Highland Terrier started chasing the French judge. It wasn’t that he was strictly speaking a judge; it was just that he was a visitor to the town on holiday, and because he was French, he was snatched out of the crowd to pass judgement. When he slipped on the steps leading up to the bandstand, I laughed so hard I nearly wet my pants.

All the contestants had to walk their dogs past the judges and as there were nearly two hundred entered, the judges just looked and that was it. Now when they say that either dogs grow to look like their owners or the other way round it has to be true. There were fat dogs with fat ladies, thin dogs with thin ladies, fluffy poodles with fluffy young ladies and the greyhounds in the company of some very wiry young rascals.

There was one total exception. A man, who must have weighed twenty stone and stood well over six feet tall and who was wearing an orangey coloured wig which practically, due to the heat, reached over his eyes, walked up to the judges with his dog. It was a Yorkshire terrier which some of the greyhounds must have thought was a hare and were waiting for the traps to open. Apart from his size, that man looked just like a Yorkshire terrier himself.

I think I have gone on long enough, so suffice is to say that the Yorkie did in fact win. Mom’s Blackie came nowhere, and I felt very sad for her. She walked down onto the beach and I watched as they sat alone on the sand talking to each other. Honestly they were talking to each other and you know something, at that moment, a moment in my life I shall never forget, they were the purest souls on this planet.

Mom and Blackie – both true champions in their own right………….

Mike: As true as God, out of the back of the old graveyard, this black dog ran, straight across the open space, and jumped into the car in front of mom.