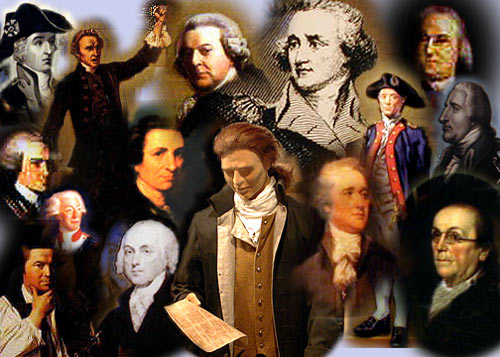 In commemoration of banned book week.  The best way to gain notoriety is to be banned.

The Articles of Rebellion

Everybody likes a rebel, or at least likes to believe in their own internal rebellious nature.  Rebellion is the expression of the two year old shaking his head “no”, the teenager in spiked hair and rhinestone glasses, the music that changes generationally with the moods and perceptions of the youth.  Rebellion was Robin Hood, The Lone Ranger, The Dukes of Hazards and Indiana Jones.  Rebels were good people living in a disturbed world.

The consequences of rebellion are rarely looked at in a negative light.  Rebellion brought an end to slavery, gave wings to woman’s suffrage, improved the working conditions of the industrial laborer.  Yet, the articles of rebellion are.

At the onset of the American Revolutionary War, Thomas Paine observed, “these are the times that try men’s souls”.  While his fiery pen fueled the cause of rebellion and set the tone for the craftsmanship of the American Constitution, Thomas Paine, the writer, the rebel, wasn’t greatly appreciated during his life time.  Viewed as a traitor to the monarchy, his book, “The Rights of Man”, was banned in England.  He was declared an outlaw.  He moved to France where he was elected to the National Convention (1792 – 93).  After criticizing the Reign of Terror, he was imprisoned by Maximilien Robespierre(1793 – 94). His “The Age of Reason” (1794, 1796), the first part of which was published while he was still in prison, earned him a reputation as an atheist, though it in fact espouses  Deism. He returned to the U.S. in 1802; criticized for his Deist writings and little remembered for his service to the Revolution, he died in poverty.

The objective of banning the words of a creative artist to retain the existing status quo serves very little purpose.  The song, “Eve of Destruction”, written by P.F. Sloan in 1965 and brought to instant popularity by singer, Barry McQuire, probably would not have become the iconoclast of the youthful revolutionary movement of the 1960’s if an immediate uproar had not been produced over its release.  The song was banned on several American radio stations, as well as “Radio Scotland”, and put on a restricted list by BBC, which declared they would not play it on their general entertainment programs.

The American media helped popularize the song by using it as an example of everything that was wrong with the youthful generation.  A conservative group called “The Spokesmen” retaliated with a song, “Dawn of Correction”, and a few months later, Green Beret medic Sargent, released the patriotic “Ballad of the Green Beret”.  Record sales sky rocketed as the disc jockeys at the stations that had not banned the music deliciously announced that it had been banned in Boston. 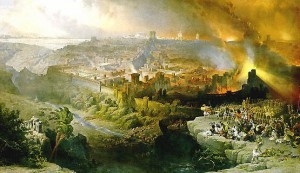 Not long after the song’s introduction, McQuire became a born again Christian, divorcing himself from the lyrics’ message and sticking to contemporary Christian songs.  He never again produced music that found its way into America’s top hits.

The censorship of “Eve of Destruction” only added fuel to the fire of a growing counter-cultural movement. The rebellion rumbled through a drop-out society, disillusioned with the values set on monetary goals, questioning the moral grounds for U.S. involvement in the Vietnam War, protesting against segregation and racial discrimination.  It was a generation enthralled with contemporary literature and the exploration of psychedelic drugs.  Hermann Hesse, practically dismissed by his own generation became a demigod to the students of rebellious authors. Dr. Timothy Leary, who used lysergic acid in his studies of the human mind, was declared a hippie, a radical, a self-made guru, but embraced by a generation of college educated rebels.

His studies, fully acknowledged by the academic sciences, are completely dismissed by the psychological profession.  States Robert Anton Wilson, “None of Dr. Leary’s most important studies have either suffered refutation or enjoyed confirmation, because enacted law, statues enacted after and because of Dr. Leary’s research – makes it a crime for any other psychologists or psychiatrists to replicate such research. I know you’ve heard that the Inquisition ended in 1819, but in many areas of psychotherapy and medicine, the U.S. government has taken up where the Vatican left off.”

It seemed in those rebellious years of the nineteen sixties and seventies, the lid had been taken off book banning.  The entire arena was open to free speech.  While “To Kill a Mockingbird” and “Cry the Beloved Country” became popular high school readings, the counter-culture movement drenched itself with “Bury My Heart at Wounded Knee” and the tales of Carlos Casteneda.  Enter Malcolm X.

Born in 1925, Malcolm; Christened Malcolm Little; had a troubled childhood.  His father, a Baptist preacher was forced to leave the state of Georgia while his wife was still pregnant with him for supporting the Universal Negro Improvement Association by preaching from the pulpit.  He was told he was stirring up trouble within the black community.  He was placed in a juvenile home in 1939 after his mother was declared legally insane.

He was placed in several foster homes over the next few years and worked a variety of jobs, primarily menial labor.  While in school, he had once told his favorite teacher he would like to become a lawyer.  She answered, “that’s no realistic goal for a nigger.” 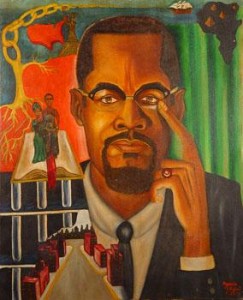 In 1943, he applied for military service with the U. S., which found him  “mentally disqualified” because of psychopathic personality inadequacies, sexual perversion, psychiatric rejection; and was classified 4F.

Between 1944 and 1946, he committed a string of thefts and larceny, and was sent to prison and later to a reformatory to serve fifteen months where he was introduced to Nation of Islam (NOI) by one of the inmates.  He became an active minister of NOI, becoming identified as official minister of the NOI Temple No. 12 in Philadelphia.

As a speaker, Malcolm began to receive quite a bit of notoriety.  In 1959, he was the subject of a television documentary entitled, “The Hate that Hate Produced”.  In 1960, he debated with William M. James on the WMCA radio show called “Pro and Con”.  The topic was “Is Black Supremacy the Answer?”

His talks included visits with Fidel Castro, Cassius Clay, who later reverted to Muslim and took the name, “Muhammad Ali”, and Martin Luther King, whom he purportedly telegraphed, saying that on King’s word, he would send some of his brothers to give the KKK a taste of their own medicine.  He alienated himself from members of the NOI when he accused Elijah Muhammad, a top leader with the NOI, of adultery.  The rift became irreparable when he told “Ebony” magazine, that the Black Muslim leaders “have got to kill me. They can’t afford to let me live. . . I know where the bodies are buried. And if they press me, I’ll exhume some.”  The NOI then sent Malcolm a certified letter requesting that he return all NOI property, including the house in East Elmhurst.

The foster child whose education began in prison eventually rocked the world.  He spoke at Universities in England, rallies in Africa, sponsored by America’s College Radio.  He was assassinated in 1965 by a  black male later identified as Talmadge Hayer (a.k.a. Thomas Hagan).

While America reeled from the effects of its uncensored public, another type of banning occurred.  The invisible iron curtain was pulled shut between the philosophies of Western and Eastern political dynamics.

Faces all have an honest look in sleep.
Only when they wake does good and evil show in them.
Good and evil are not qualities born in man:
More often than not, they arise from our education.

The above poem was written by Ho Chi Minh and is an excerpt from his book, “The Prison Diary of Ho Chi Minh”, which is nothing more than a collection of beautiful, poignant poetry.  As the leader of the opposition in Vietnam, he was declared an enemy of the American people and his books were banned.  The history of his early support for American democracy and his eagerness to meet with John F. Kennedy, who was scheduled for a visit that was aborted by his assassination in Dallas, Texas, was swept under the rug.  Ho Chi Minh was censored, not because of what he wrote, but because of who he was. 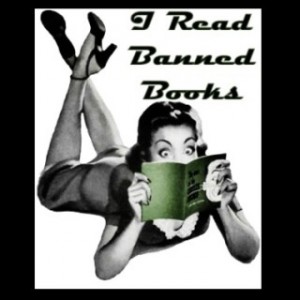 The economic collapse of the Soviet Union and the opening of China for Western commerce has opened the Eastern bloc to trade, but it has failed to advance the communications of its philosophers, artists and writers.  The quiet censorship of today hides behind a veil of false popularity propped by media ratings.  It skirts the underlying causes of rebellion, scuttling off into safe issues and on demand paid article advertising.  The quiet censorship concerns itself with political etiquette instead of the autonomy of the author. The writer in rebellion is no longer met with disclaimers by the more conservative peers and colleagues, simply ignored.  The voice of revolutionary ideas is suppressed.

These are trying times.  They are times when the information age load you with so much information, it’s difficult to sort through the pile and form your own opinions.  These are times when leadership abilities cave to the demands of media attention and corporate funding.  These are times that try people’s souls to the point where they question the existence whether humankind has any attributes beyond animal instincts and desires.  These are times when the creative artists must climb to their feet and brush off the crumbs of ignominy.  They must pioneer into the worlds of alternate perception, cross the cultural/ social barriers, create bridges of communication and hope that they are loud enough, strong enough and radical enough to be banned in Boston.

By: Karla Fetrow- The objective of banning the words of a creative artist to retain the existing status quo serves very little purpose. The song, “Eve of Destruction”, written by P.F. Sloan