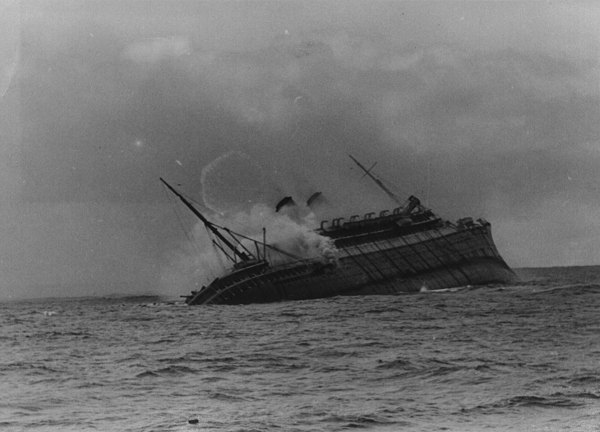 In 2006, Ben Bernacke held his annual Fed meeting in Jackson Hole, where they dined on tropical seafood and made the lofty prognostication that the American economy was going to remain ‘strong’, and that the housing market would lead the way.   I said at the time, “Pardon me, but I don’t share his enthusiasm.”   I still don’t, now that the Fed’s 2010 meeting has concluded.  Here’s why….) 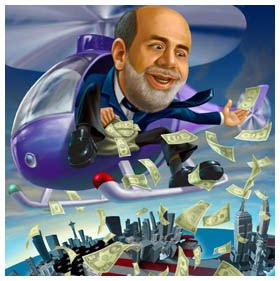 Survival wasn’t a matter of luck.  As the film portrayed so well, it was a matter of social class – and that was determined by money.

While the ladies in first-class dithered over what to bring with them, the steerage (pardon; ‘third class’) passengers were beating the cage-doors and begging to come topside.  Access to lifeboats depended upon how much money you’d spent on that ticket.   Survival stats from the sinking bore this out – if you were a first-class female passenger, your survival rate was a little over 98%.   If you were a third-class male passenger, those statistics dropped to less than 1%.  Third class women drowned with their children; first-class ladies shivered for a while in the boats; were hauled up on the Carpathia (where one pronounced the whole affair ‘just dreadful’).

You probably remember those near-final scenes where the water was advancing up the main-deck; the one fellow who was frantically lashing together some deck-chairs on which to have something to float.  That the crew of the Carpathia did not find one person alive riding such a contraption speaks to the relative inefficiency of lashing deck chairs into a raft – especially when the water is near-to-freezing.

This week, Ben Bernacke, the head of the Federal Reserve, announced that the Fed would “…strongly resist deviations from price stability in the downward direction” – or, if you prefer, “…we’re gonna do everything we can to prevent a depression.”

He acknowledged that spending on capital equipment, computing platforms and software were, while increased over the past year, likely just deferred purchases through the downturn.  He also stated that the Fed was “engaged in extensive outreach efforts to banks and small businesses” (read: “We’re begging banks to make loans with that TARP money they have stashed, and begging small businesses to just go ahead and trust us that the economy will get better – so go ahead and hire people anyway.”)

Bernacke has supported the notion of monetization in the past (he’s referenced the Bank of Japan’s purchase of that nation’s own equivalent of Treasury bills to shore up the currency and replace interest-bearing debt with ‘created’ money.)  Of course, this leads to hyperinflation – which is the only route left to a nation which has engaged in the sort of nonsense which the last thirty years of mainly Republican/Neocon administrations has all too willingly pursued.

Bernacke is out of ammo.

He’s printed more money than the nation can possibly support.  Unemployment remains at an aggregate of 20% or higher – nearly half of whom have exhausted their benefits, and are living either with relatives, in homeless shelters, or in ‘alternative arrangements’.  While the nation’s top 50 economists stated as recently as April that we were in a solid recovery, now nearly half aren’t sure.  Decreases in durable goods orders, the beating taken by the housing market (yet again), and Wall Street’s drop from its April highs are all signs that things are slowing again.

If none of this has hit home, trust me – it will.

The other day, I heard from a friend of mine.  She’s a grand lady, who’s lived a hard life and come back as successfully as anyone could.  She has two wonderful kids who are nearly grown.  About a year ago, she lost her job – she’s a competent office manager and senior administrator, but in spite of applying for nearly 800 jobs, she’s found nothing.

This is because finding a job in this economy carries just about the same odds as a third-class passenger on Titanic finding a lifeboat.

She’s exhausted her unemployment.  She has no other options.   This week, she’s selling everything she owns.  Soon, she’ll have to tell her two children that they might have to live with friends or relatives to finish school – after which point they’ll be on their own, if they’re lucky enough to finish.

If she can raise enough money to keep her home for two or more months, and if she’s lucky enough to find a job in that time, she might make it – and might keep her family together.   Right now, it looks bleak.

You probably know someone in that position.  If you don’t, don’t worry  – with one in five mortgages now ‘underwater’ and bankruptcies remaining at an all time high, it won’t take long before you do.

(There was a time during the Titanic’s final ordeal where the bow separated from the stern – those lucky enough to survive the final plunge reported feeling euphoric – that perhaps they were going to be saved, and that the stern would continue to remain afloat until that time came. )

I’m willing to wager that this is also what that ‘double-dip’ on the way to a real depression feels like – momentary euphoria before the bottom falls out.

Mike Whitney of Global Research suggests that Bernacke might well be planning something drastic in order to prevent a depression.   He postulates a move by Congress to suspend the payroll tax for two years, putting an average of 30% more money from the remaining American workforce directly into the economy, followed by a Bank of Japan-style massive purchase of U.S. Treasury bills, which in turn causes asset prices to rise (valued in American dollars, which have suddenly become cheaper).   This would cause American goods to become far cheaper on world markets, which would cause a surge in exports.

Of course, the odds are long with a move like this – it would almost certainly trigger trade conflicts as the dollar falls – it could also trigger foreign holders of dollars and dollar-instruments to ‘dump’ their paper on world markets, creating a Zimbabwe-style hyperinflation.

It’s true that Bernacke is more fearful of deflation than inflation.  It’s also true that with interest rates near zero and the economy still sinking, his next set of actions are either going to be a version of “Nearer My God To Thee”, or something drastic like I’ve described.   Either way, the ride is going to get rough, in a hurry.

Near to retirement?  Take a look outside the country.   The bad news is that you probably won’t get anywhere near the price you wanted for your house, those two aging collector-cars in the garage, and the fishing boat – but you’ll be able to buy a pretty decent little place in Belize or southern Jamaica, especially if you don’t mind living on seafood and using ceiling fans rather than air conditioning.

Here’s the bad news:   You won’t be playing any golf.

Here’s the good news:  When the Empire falls, the closest you’ll be to experiencing it is reading the local newspaper.

I’ve spent time in the Caribbean.  Contrary to some popular opinion, the locals aren’t out to steal you blind (it helps to not act like a damned tourist and think that dollars make you special); you really can live on a few dollars a day (as long as you’ve secured your housing) – and if you view retirement simply as a means of changing what you’re doing to something more relaxed (in other words, you haven’t given up on the notion of being useful yet), you can do well in some of these places.   Here’s a hint:  If you build a house, keep it modest – and for pity’s sake, forget about building a wall around it.   Sends the wrong message – and it won’t do you any good, anyway.

People do leave sinking ships – this piece of advice was given me by my father, who saw that my first employer (a medical testing company) was in the throes of going under.  While I’ve not quite given up (after all, the U.S. is my home) – I think heeding my Dad’s advice wouldn’t be such a bad thing, at that….

By: W.D. Noble- The Federal Reserve announced it would “strongly resist deviations from price stability in the downward direction” -or, if you prefer, “We’re going to do everything we can to prevent a depression.”

Yearning For The Good old Days

Forget about oil: We’re running out of URANIUM!