Forget about oil: We’re running out of URANIUM! 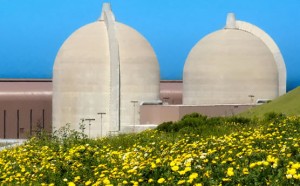 “Let’s all build a whole lot of nuclear plants,” we are constantly being told, “so that when we run out of oil, we’ll still have electricity made from nuclear power!”  But apparently there’s just one major thing wrong with that fantasy scenario (aside, of course, from the fact that nuclear reactors keep on generating deadly nuclear waste).  According to a report from the Clean Energy Research Center at the University of Florida, we are probably going to run out of uranium even before we run out of oil.

A recent article in the Deccan Chronicle entitled “Uranium reserves to be over by 2050,” stated that  “Energy experts warn that an acute shortage of uranium is going to hit the nuclear energy industry. Dr Yogi Goswami, co-director of the Clean Energy Research Centre at the University of Florida warns that ‘the proven reserves of uranium will last less than 30 years.  Current nuclear plants consume around 67,000 tons of high-grade uranium per year.  With present uranium deposits in the planet having been estimated at 4-5 million tons, this means the present resources would last 42 years.'”

Dr Goswami who is the inventor of the a new thermodynamic cycle for solar thermal power now called the Goswami Thermodynamic cycle, says, “by 2050, all proven and undiscovered reserves of uranium will be over.”
“Other options for producing uranium will be available. For example, three parts per billion of sea water is uranium but the costs of recovering this uranium are so high that it is unlikely to prove an unviable option,” he said.

According to Dan Kinch of www.NucNews.com, however, this estimate seems overly optimistic.  An article in the MIT Technology Review has stated that there is now a mismatch between uranium supply and its usage of some 25,000 tons a year, and that this shortage has only been compensated for by reprocessing weapons and re-enriching uranium.  Michael Dittmar, from the Swiss Federal Institute of Technology, predicted that real shortages could hit the industry by 2013.  “The most worrying problem is the misconception that uranium is plentiful,” states Dittmar.  “The world’s nuclear plants today eat through some 65,000 tons of uranium each year. Of this, the mining industry supplies about 40,000 tons. The rest comes from secondary sources such as civilian and military stockpiles, reprocessed fuel and re-enriched uranium.”  Without access to the military stocks, the civilian western uranium stocks will be exhausted within the next three years.

The future doesn’t look any brighter for nuclear fission.   “No matter how far into the future we may look, nuclear fusion as an energy source is even less probable than large-scale breeder reactors.”

Dittmar paints a bleak future for the countries betting on nuclear power. And his analysis doesn’t even touch on issues such as safety, the proliferation of nuclear technology and the disposal of nuclear waste.

The message if you live in one of these countries is to stock up on firewood and candles.  The one ray of hope is that the severe energy shortage could cause the governments to  force the release of military stockpiles of weapons grade uranium and plutonium for civilian use.

When I was a little girl back in the 1950s, I used to have nightmares that my town was being wiped off the map by evil nuclear bad guys who dropped a bomb on San Francisco (I lived in Millbrae, right next to the SF airport).  The nightmare was always the same.  I was innocently eating lunch in the Green Hills elementary school cafeteria and when I looked out through the window, there was nothing to see but a blinding white light — and that light would be the last thing I would ever remember, as I instantly melted down into shadow and ash.

But now the human race has apparently been given another chance.  Now, if our leaders can only use whatever brains they were born with and refrain from blowing up the world for another three or ten or 42 years, I will stop having nightmares about being melted to death by nuclear bombs — because there will be no more uranium to make them with!  Yay!  Hallelujah!  There might even still be a chance that I will be able to peacefully die of old age in my bed!

If mankind is too stupid to save itself from itself, then perhaps nature will be doing it for us.  Yay!

By: Jane Stillwater- Jane claims the future looks grim for those relying on increased use of nuclear power as an energy source for civilian consumption. Only by releasing military stockpiles, do we have hopes of using this resource.