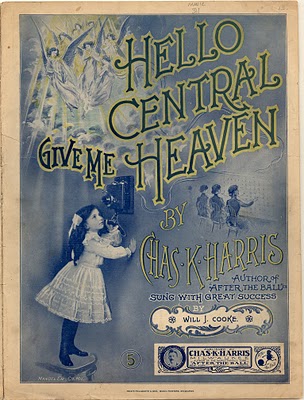 How come God only talks to old men who are bigots? Doesn’t God ever talk to or call anyone but fossils filled with hate? Watching the documentary “8: The Mormon Proposition” I listened to the church bigots defining God’s orders; mostly about sexual behavior which suggests that God, though ostensibly responsible for sexual organs, is not very enthused about the use of them. It appears that God rarely speaks directly to women, young people, persons who are not pale in complexion, with the notable exception of a few Black preachers who holler a great deal and condemn everyone for practically everything.

Having a television program seems to be the best qualification for receiving a call from God. I remember Pat Robertson reporting a phone call he received from the Big Guy during a national election instructing the good reverend to vote Republican, and urging him to pass the word on to his viewers. Talk about separation of church and state, or in this case, God Almighty and the voters.

A colleague of mine at The Fortune Society, an organization that works with people who were formerly incarcerated in New York City, once ran for the City Council and was able to gain the support of several unions, the Daily News, the Village Voice, the Amsterdam News, but not a peep from you know who. I figured He didn’t get involved in local elections. But a priest once visiting The Fortune Society declared that my colleague was doing “God’s work.” So I figured that might earn him a campaign boost, a sort of ecclesiastical quid pro quo. Isn’t that the American way? I’m sure that I’m not the first to suggest that some of those claims to having God on the other end of the phone are merely using Number One to give credence to their own fears, superstitions, ambitions, and dare I say it, their legitimacy to their physical pursuits. That is to say if you have a television program and you’re asking folks to send money; it’s very helpful to state you’re on a first name basis with the Creator.

Listen, I’m just as curious as the next person about the mysteries of creation, procreation, and the changing seasons. But I’ve seen no evidence that there’s a single entity whose calling card says “God”, who’s sitting around watching you and me and our every move. If He’s on the phone so much, how could He have the time to monitor your various quirks and peccadilloes? I know, I know. He’s God and He could do it all at once. Least that’s what the press releases all say. My Mother used to give me an “I only have two hands” look, so I’m familiar with the limitations of omnipotence.

There are obvious questions to be asked of the Mormon bigots, with whom you’ll become acquainted if you catch their flick “8: The Mormon Proposition.” I’d like to ask them and Pat Robertson why they are always talking to God about politics and sex. Doesn’t the subject of war, or disease, or gun control ever come up? I’m just asking.

You have to admit it, God has good press. I realized that when a young boy, who was the sole survivor of a plane crash, one that killed the other hundred passengers.  The papers called it a miracle, and attributed his being alive to the wonderful work of God. I don’t recall a single media reporter challenging why God was so cavalier about those who went down in the plane. There are people who work full time to enhance someone’s image, working for people like Lindsay Lohan, and Sarah Palin, and the Jonas Brothers, and for God; most of its illusionary, but very effective in the age of the sound bite. The truth is every time the phone rings, in spite of my skepticism, I hope that it might be God calling. More often it’s some yahoo trying to sell me something, or someone who disagrees with my views and suggesting that I go to Cuba. Not that all of this has anything to do with infinity, but I do wonder if Verizon bills God for all those calls. I can just picture Him, “Can you hear me now?”

But a few questions. Does He speak only English, or is He conversant with all languages? And if that’s the case, as I suspect, how does He feel about Arizona’s immigration laws, which seems obviously slanted against people who speak Spanish? And does He have a cell phone or just a landline, or in His case, a Heavenline? And the big question is, is He a He, or as rumored a She, or devoid of gender specificity? And if that’s the case, might He or She or It, lean favorably towards same sex marriage? The more I think about this and probe some of the preacher rantings, brings me to the conclusion that we’ve given this God on the phone thing not enough serious consideration. Oh, we pray to Him, implore more often than pray, negotiating for favors in exchange for atonement, but it all takes place in our minds. There’s nothing out there to suggest that His or Hers or Its presence, unless it’s the autumn leaves. The war in Afghanistan is certainly not on the priority list of issues. And the state of our prisons would indicate that He’s more occupied with sexual counseling than with human rights. The holy bigots seem to have a corner on His attention, which makes me kind of sad.

By: Troy J.- How come God only talks to old men who are bigots? Doesn’t God ever talk to or call anyone but fossils filled with hate?