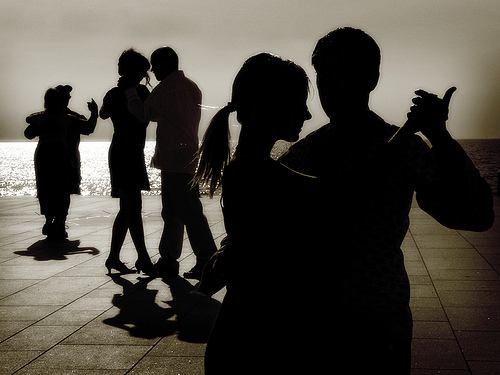 It seems as though this world just spins faster and faster. Part of it has to do with the fact that it is growing older. (As are we) Part of it has to do with the wealth of events out there, and part of it, maybe the biggest part has to do with the way those events are presented to us and how we are diverted from them. Our world is embroiled and mired in the most dangerous state in recorded history. There are events happening that are so momentous that they could lead to the alteration of the planet and of our lives. Incredible events are going on around us, and for the most part, their importance flies over our heads as we ignore them or practice a fostered sense of denial. We are diverted. We are diverted and the medium that is supposed to bring us the awareness of those things around us has not only neglected their duty, but papered the truth with such falsity, such diversion, such fiction. And we…. we know we are being diverted, but instead of demanding truth, insisting on relevant and important information, we dance along the yellow brick road like some stumbling scarecrow. Only this yellow brick road leads to neither Oz nor a happy ending.

Our economy has tanked and the effort and sacrifice necessary to correct it are not presented to us. Instead too many still insist on getting theirs, and to hell with the rest. We don’t get angry at this, we just dance along.

We despoil the planet. We have treated our home so badly, with such lack of deference that the signs and the results of our disrespect are everywhere. All we have to do is look. All we have to do is stop our ignorant, uncaring dance and really look for ourselves and see what is happening. We need to look at our world and stop allowing ourselves to be mind-fucked by a media that has its own agenda. But no, we swallow the pablum we are being fed, and we dance along.

The oil spreads itself over the Gulf of Mexico, smothering countless fish, contaminating the shrimp and the oysters. It is murdering the birds whose home-place is on that water, on that shore. Those creatures are paying for all of the corporate and political greed that we, as consumers and as voters should never have allowed. We give lip service to our concern for these creatures, for what is happening to the Gulf, yet we continue on our way, driving our big cars, living our wasteful life-styles and never really seeing the connection between what we are doing and that murderous black gelatinous mass that is suffocating the inhabitants of those miles of ocean and befouling the marshes and beaches. Still there are voices that shout the need to continue the off-shore drilling, saying that one accident does not mean its continuation would be unsafe. After all, the economy needs it, the environment be damned! These foolish, greedy voices of selfish desperation shout it out. We hear them, we know they are wrong, yet we slip and slide our way and still, we dance along.

What we are ignoring there is just another example of how we imperil ourselves and the generations that are to come. The ramifications of the way we have chosen to live need to be told to and by us over and over again. The news media have an obligation to pound it into our heads, and we have an obligation to insist that they do it. We do not need diversions in our news. We do not need reinterpretation to make us feel good while we choke on our own pollution. We do not need to be influenced to buy more. We do not need louder more insistent noises. We should be tired of it all and yet through our exhaustion, we dance along never voicing our recognition that most of what passes as news is really just a noisy diversion like the rattling of garbage cans.

We are presented with: Bulletins regarding Tiger Woods’ woes, the latest pending divorce from the movie starlet of the moment, and who is to get what in today’s big lawsuit. It is a diversion that keeps us from hearing what is important in the world, and it is a tune we can dance to.

Interpretations of the bible by religious fundamentalists who tell us the only way we can preserve our society and keep marriage safe is by stamping out homosexuality and curtailing rights to “those people.” And the media panders to the purveyors of this trash-talk and makes stars of such people as Rick Warren and Franklin Graham… even soliciting their take on political candidates even to the Presidency, as if the faith of the candidate (or the lack of it) is important to the success of their decisions as Representatives, Senators, Governors or President. There is a campaign going on in my state for the Republican nomination for Senator. All of the ads, all of the news about these candidates have to do with whether they are Pro-Life and whether they support and foster “illegal” immigration, Not one word is being said about the problems that are truly effecting this poor world of ours. No one is asking the hard questions. Instead of protesting this lack of important information that could help one decide for whom to vote, we accept this noise masquerading as news, put a tune to it, and continue our mindless dance.

This is the problem: We could list page after page detailing how we are diverted with lies and trivia. There are so many occasions when our emotions are skewered so that our intellect is not brought into play. Think about genuine war heroes who are made to seem like cowards and cowards who are made to seem like war heroes even though they fought their war in Texas and in Georgia. Lies are made into truth, and truths become lies. We believe it all because it is reported as fact. We are the most willing mass of deluded people in the history of our country. It is much easier to believe the lie than to question the liar. Where are our balls?

The cacophony continues, and some of us are tired of dancing along, and we want to stop. It is time for us to let it be known that we want the truth, we want honesty. We no longer wish to be diverted. We want to be told what sacrifice we need to make to help correct some of the damage…. if it is not already too late. The yellow brick road on which we have been dancing is now chipped and cracked….. If we keep dancing along, we will trip and fall……

By: The David- Our world is embroiled and mired in the most dangerous state in recorded history. There are events happening that are so momentous that they could lead to the alteration of the planet and of our lives.