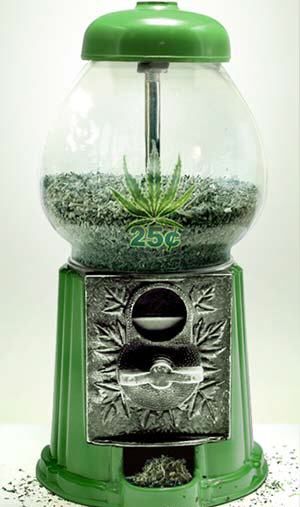 I’ve forgotten my book so this week while I’m waiting at one of the many places that require me to wait, I am thumbing through the local free weekly.

I really haven’t gone cover to cover through this thing in a while.  It’s because the last editor they had was a dick.  Seriously.  Not only was he a dick but he was a dick with a hard-on for himself.  A selfish dick is nothing to be proud of no matter what your persuasion.

But this is not about him, or even about our sometimes stellar free weekly.  This is about four pages of advertisement in the back.  Four pages of fancy, expensive advertisement.  All of it promoting Pot.

Before everyone gets pissy about me not being super-subversive in a super-hero pot smoking way, the way you always dreamed your local subversive would be, let me fill you in on how I feel about Pot, really.

I couldn’t give a shit.  It never did anything for me and although I smoked it as a teen as did everyone who isn’t lying, I had no problem putting it down.  It was expensive and made people behave stupidly.  The people around me at least, ceased to be able to do anything beyond devour tacos and watch “Headbanger’s Ball. “

I have never begrudged anyone else their sticky green communion though, I have always seen it as largely harmless, certainly better than someone who downs a liquid lunch and drives to work.  Although I will admit pot smokers in general come across as slightly misinformed.  There are always heath risks to inhaling smoke into your lungs, whether it’s pot or frankincense, it’s probably not a good idea to inhale it all the live long day, you’re lungs are gonna be affected.

I well understand the health benefits particularly for those with cancer and HIV related problems.  THC helps with appetite and calms pain receptors.

In the state of California in order to legally purchase and use marijuana you must have a prescription from a medical doctor.  When this law originally passed in 1996, it was a little bit more difficult.  Doctors were skeptical and not just about the usefulness of marijuana and THC but the effect of their licensure if they began handing out prescriptions for the herb.  As a result, it was slow going at first; one had to find a doctor willing to put their license on the line sometimes travelling several hours to cities and towns to find these Doctors.

In addition law enforcement did not relish having to discern whether or not someone actually had a medical issue.  Most pot smokers queued up a ready list of things wrong with them to recite but it was difficult to tell if the operation in the back garden was for medical use or if unscrupulous pot-heads were padding their wallet with the excuse of glaucoma.

Some counties made it simpler for themselves passing laws and ordinances effectively making the state law null and void in their county or township.

All of this worked for a while but what law enforcement and raging anti-drug activists forget is pot smokers like to hang out together.  They know a lot of people, not many people like getting stoned alone so it wasn’t a huge surprise when marijuana clubs and collectives began to pop up and organize, advocating for a law that was already in place that allowed them to use the herbal remedy for certain maladies.

This was effective in a huge and quick way.  Even die-hard sheriffs could see where having a good relationship with a collective would make their job easier.  They would know where folks were getting their weed from and have easy access to who was supposed to be getting weed and why and even how much.

With law enforcement backing off doctors began to breathe a little.  For those who believed in the curative powers of pot they could rest a little easier at night writing prescriptions okaying its use.  But this is where things begin to get dicey too.  Some medical practitioners very quickly recognized a way to build an excellent practice, bringing in a lot of cash payments.  Cash payment is much to be desired by medical practitioners as everyone knows, insurance companies are giant pits of doom and despair.  Nobody gets paid from them.  So some medical practitioners began to open clinics only to work with the patients looking for weed.

My biggest concern and the thing I didn’t anticipate in this number is the amount of ailments that all of a sudden necessitate smoking the herb.  From tinnitus all the way to anxiety, all have and continue to qualify a person for medical marijuana.  I have known nobody whose ear ringing has disappeared due to sparking a spliff and it is a scientific fact that chemical compounds in marijuana work in your brain to produce more anxiety firing brain storms, not reduce them.  And yet here we are with people walking around with their marijuana green cards for anxiety.

This also brings me back to my local free weekly.  I remember in the late 90’s when the community got bent out of shape when the then management decided to sell ad space to beer companies.  The revenue generated was too big a draw for the struggling paper to pass up, but the community was pissed.  Letters to the editor poured in decrying the decision, promising to never read the paper again, “don’t you know our kids read this stuff?”

The paper did actually lose some readers over it and quite a few writers started their own weekly in response.  However as the back pages of the paper fill up with Cannabis clubs advertising free trials of your choice of “Purple Haze” or “Lowryder” nobody is saying a word.  This seems odd to me particularly since these ads are so expensive.

The price of a quarter page illustrated add in the weekly begins at $500.00 a week which tells me people are making money off of these clubs.  They have left the realm of compassionate kindness and backyard growing and become consumer driven ventures.

Add to thatthe free trials, the swank and ambiance of some of the clubs which vary from Turkish styled smoke lounges to pharmacy style counters, depending on how you want to feel about your medicine, it begins to become clear that our medical business culture is moving forward in its capitalistic greed to suck up what it can from the smoke trade.

Which somehow seems plain wrong to my sensibilities.  If I were a pot smoker I would much rather hide my pot plants in the tomato patch and be able to raise my fist at the man with pride.  Not charge my weed to my visa card and settle in next to the anesthesiologist who is smoking pot for his Tourette’s syndrome.  But that’s just me.

I’m thinking I’m not alone in my feelings, a lot of people never intended it to look cool to have social and physical maladies in order to smoke pot at the local hookah shop.  Personally, I had only intended to make an unreasonably illegal herb available for those who needed it.  Maybe make the earth an overall better place by encouraging people to garden.  But then, I should have known, Americans, even humans in general are greedy and if they see a way to addict more people to something and make money off it they will.

There is a growing contingent of folks that want to tax cannabis and it will most likely end up on our ballot in California in November 2010.  While I am all for generating revenue, the behavior around this sometimes helpful, sometimes harmful herb has me really thinking about whether or not to back the taxation of something that grows, well…like a weed.

By: Grainne Rhuad-Let me fill you in on how I feel about Pot, really.

The Irrelevancy Of Education