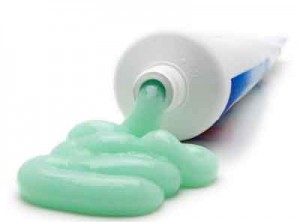 The year was 1620. A group of people (latecomers; really) who didn’t like the notion of the Church of England telling them how to worship their Imaginary Friend pooled their resources, bought a license from the Crown to start a colony, rented a ship, and headed west.

When they got here, they immediately began applying their ‘values’ to the locals – the way they saw it, the land was ‘wild’, and hence open for the taking – the people living here were ‘savages’, and not ‘Christian’ – with those three strikes against them (they hadn’t ‘improved’ the land; they didn’t have a recognizable political structure and didn’t worship the same Imaginary Friend) – they were considered little more than bands of wandering hellions with no rights at all.

The ‘Pilgrims’ (I put that in quotes; they never referred to themselves by this term – they used the terms ‘Separatist’ and ‘Puritan’) simply set up shop and began platting farms, cutting trees, and acting as if they owned the place. To their minds, they did. ‘God’ was on their side, you see.

(A friend of mine is a tribal leader for one of the Northwest tribes. She once told me, “If my people had been there, they wouldn’t have gotten off the boat. Ears and noses would have made fine trophies.”)

While there were colonies up and down the eastern seaboard at this time, these folks were ‘special’ – just ask ’em. They managed to create their own mythology – by example, while no launch would have survived fetching up on a rock (their own records state that they first landed the Mayflower’s launch on ‘dry lande’), they rewrote their own history in this first-of-many-cases; ‘Plimoth rock’ became their first landfall, echoing the book of Matthew: “…thou art Peter, and upon this rock I will build my church….”

While the ‘official’ histories are bogus, the reality of the situation is that their first foray to the interior of this new land didn’t net them any friends – in fact, they found an iron kettle (the result of earlier trading; this wasn’t the Wampanoag’s first encounter with Englishmen) full of corn; they took this, along with several ‘sundrie and prettie things’ from a child’s grave.

The Puritans set about poisoning the locals with the twin scourges of the day – smallpox and Christianity – ‘converting’ native peoples, ‘relocating’ them into ‘praying towns’, and teaching them of the tender ministrations of the Lord and the effects of the overconsumption of alcohol.

We’re asked to believe that a fellow named Squanto appeared out of nowhere to organize a feast for these people. The truth is that several of the natives still traded with the Puritans as they had all along – spontaneity having nothing to do with it – because they had items which made life easier – ‘trade muskets’, for example (shoddy firearms which exploded with some regularity).

In truth, Squanto (Tisquantum) had been sent by Massasoit (chief sachem of the Wampanoag) to keep an eye on the Puritans and determine their intentions. Tisquantum rapidly learned that he could obtain trade goods for giving the Puritans the same sort of information about Massasoit – becoming, if you will, the first recorded double-agent in American history. Far from organizing the first ‘Thanksgiving’ (Tisquantum was later killed by Massasoit for trying to stir up trouble among the Puritans against the Wampanoag) Tisquantum added to the problem – proof that, if anything, the native peoples were far too lenient and far too trusting for far too long.

The first harvest-feast probably occurred around the fall of 1621 – there are no clear records; save for an oral-history later committed to paper with many inaccuracies. The natives were attracted by the gunfire of hunting colonists; they originally showed up as a band of men (no women and children were present at this first harvest-feast); when they saw that a feast was being prepared, they left, returning with some deer and wild turkeys – in fact, it’s more than likely that the natives provided most of the food for this now-historic event.

Far from a ‘celebration of friendship’, this event was a cautious affair; likely there was more than a bit of scheming which went on thanks to the efforts of Everyone’s Buddy, Tisquantum.

By this time, the toothpaste was truly out of the tube, metaphorically speaking, and there was no chance to put it back – the Puritans had established their ‘holy kingdom’ on the backs of people who, while cautious, had been welcoming – and had been repaid in the ‘coin’ of the era.

(By the 1670’s the native people’s legendary tolerance and patience had seen its end – corn-stealing and grave-robbing had progressed to wholesale land-theft, rape, pillage, and other depredations – with ‘Jesus’ on top of it all, grinning like an idiot.

A Wampanoag chief named Metacom (a man the Puritans called ‘King Philip’) raised an army among his own tribe and the Narragansett, with support from several minor tribes in the region, and went to war against the ‘Pilgrims’.

A year later, Metacom was dead, along with half of his effective fighting force.

The Puritans responded to this event with some joy. The fight had gone out of the native coalition of the willing.

Shortly afterward (likely in late September), the Puritans declared a ‘day of Thanksgiving’ for the death of Metacom and the victory of the forces of light over the forces of heathen darkness — the first recorded, official ‘Thanksgiving’.)

Happy Thanksgiving, later this week, all.

Now, at least you know what you’re celebrating.

Astra Navigo invites us to take into consideration another group of people who were affected by that first Thanksgiving.