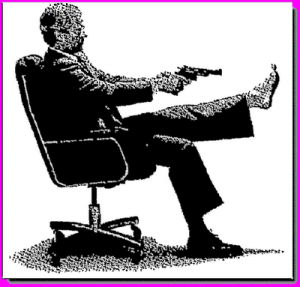 The week just ended has been quite a period for the Social Conservatives of the Nation. The achievements and activities of that particular political persuasion have been shining brightly and should be an enhancement that any group would covet:
1.) Broward County, in the beautiful “Sunshine State” of Florida, boasts a Republican Candidate for Congress, Robert Lowry, who has distinguished himself in a very unusual way. He belongs to a Republican “gun club” and was there to practice target shooting. It is badenough that these Party luminaries prefer to practice on targets that have the characteristics of their conception of a Muslim man, but the candidate for Congress has done them one better: He did practice that day, but his gun was aimed at a target upon which the initials of his opponent in the coming election were detailed on its head. Oh, and just who is his opponent? She is an incumbent. She is a mother of three young children. She is a breast cancer survivor. What was she doing while her opponent was shooting her in effigy? She was testifying on Capitol Hill with regard to the disease she had survived.
This is the same Mr. Lowry who has polished his credentials by using anti-gay rhetoric. It does make one wonder where the Conservative Republicans are coming from, and after repeatedly shooting themselves in the foot…. where are they going?
2.) The illustrious John Boehner, House Minority Leader and Republican Representative from Ohio and Man-Tan tanned man, made it loud and clear that he is not in favor of expanding legal protection for hate crimes to include those who are targets of violence because they are members of a sexual minority. The illustrious Mr. Boehner has stated he is in favor of the anti discriminatory laws for gender, race and religion, because these are innate. Sexual orientation however, according to the Congressman, is a choice. So, let me see: Gender is inborn? Check! Race is inborn? Check! Religion is in…. What the f…? Well, there it is! Mr. Boehner says sexual orientation is a choice, but one’s religion is genetic? What planet is this man from? And more important, is there a hope of his returning there?
3.) Rush Limbaugh has shown brightly twice in the past few days: the first came when the National Football League demanded that his name be dropped from those applying to buy the Minnesota Vikings football franchise. Something was said about the “anti” everything in his radio shows. The second time the spot-light was turned on the loud-mouth broadcaster was when the Reverend Al Sharpton filed suit against him for libel. It seems that our boy Rush stated that Mr. Sharpton was instrumental to two race riots. Not surprisingly, the Reverend contends otherwise.
4.) And finally, the Party of Lincoln has reached into its past and dusted off Rick Santorum, the anti-gay, anti-choice former Senator from Pennsylvania. There is talk about this bigot testing the waters for a bid to run for the presidency in the next National Election. He is well-financed as he makes his way through Iowa, Michigan and North Carolina. It is no surprise that he has received a tacit endorsement from the Rev. Mike Huckabee. Well, why not? Birds of a feather, you know. This attempt to bring back a page from the past is consistent with what the Conservative branch of the party has been doing to itself over the past several years.
So, you see, it has been a real water-shed period. If we listen carefully, we can hear Abraham Lincoln, the very first Republican President, not only rolling over, but thrashing in his grave.

by The David The week just ended has been quite a period for the Social Conservatives of the Nation. The achievements and activities of that particular political persuasion have been shining brightly and should be an enhancement that any group would covet: 1.) Broward County, in the beautiful “Sunshine State” of Florida, boasts a Republican…