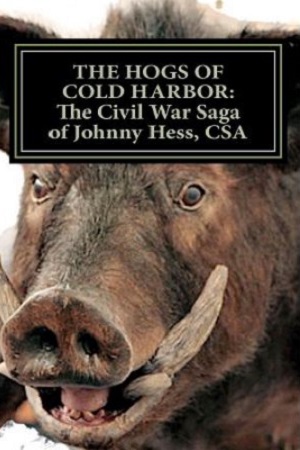 When I first read the book well over ten years ago, I thought to myself:

Now after my second reading of it, my thoughts have evolved into:

I believe every author ought to write like Richard Fulgham, or just shut the bloody hell up.

Too many authors today are given a free pass to write shit just because they know how to construct a sentence and have “feelings” about various issues. But 90% of these books (traditionally published and self-published) are nothing but pig shit. Agenda-oriented and corporate sponsored drivel that is only circulated because it can sell to Democratic or Republican audiences. Audiences that want reassurance, that want “research” they can quote to build their house of cards they call an ideology. The writing doesn’t matter, the message is secondary to the characters—the stock characters who embody the Great American lifestyle. They learn only respect for the government, they change, only to be a better consumer.

The Hogs of Cold Harbor, on the other hand, is a wonderful absurdist Civil War epic that boldly questions the status quo of patriotism and social dogmas. Telling the “obscene” story of how the Confederate States of America saw themselves as the heroes against Lincoln and Grant’s villainous Union (a perspective so alien to the mainstream no agent would probably touch it) the story skewers the plight of humanity, human beings forced to self-define their own “honor” in the midst of moral chaos.

The book isn’t exactly subtle, but rips apart our hopes, dreams and false notions of civilization, exposing us as godless, violent creatures who create masturbatory fantasies of why we are justified murdering our fellow man. Throughout the savage narrative, which sees vivid war imagery and an almost pornographic degree of realistic description of gunfire carnage, we are reminded that among all other animals, human beings are the ones truly without honor.

We hear the story of Johnny Hess, the perfect representation of innocence, as he slowly deteriorates into a cynical onlooker, and then into delirium as he struggles with the concepts of Cold Harbor hogs resembling human beings in their war formations, funeral processions, and of course, the way they stared with those knowing eyes. Hess, at various points in the story, screams his patriotic dogma and his simple mantra that keeps him surviving; “that God-fearing humans have honor and hogs ain’t got none!” But over the course of some 400 pages of Civil War battle summations, he is forced to recant as the bitter end approaches, realizing that although hungry hogs may have simpler minds, they are superior to humans in at least one aspect: they never kill their own kind! We are the ones foolish enough to find reasons to fight, and to create barriers of religious, political and social differences that require violent solutions.

The book reaches its peak of creative brilliance when author Richard Fulgham himself appears in the book (or perhaps a family ancestor?) and explains an uncomfortable truth about the human species: we’re not that much greater than monkeys, if even that, and all we can hope for is that we walk away from conflict unscathed, take a lesson from the hogs, and let the most savage of creatures battle it out to certain death.

Because as the book teaches us, a greater lesson than anything you’ve ever learned in history class, is that the Hogs won the American Civil War. While the northerners and southerners killed themselves over philosophies and vengeances that are long forgotten, the hogs stuffed themselves with human carcasses for those long years, some living, some dead, and had the largest feast of their short-pig tailed lives.

I’m still not clear whether Richard’s insertion of Richard into the story is a literary blasphemy meant to break the fourth wall, OR if the Richard Fulgham I know and I love has always been a fictional character the many years I’ve known him. What a mischievous shadowcast it has been, Richard, or shall I say, Johnny…or maybe ever Porcino or Napoleon…or Pickett, or whoever the HELL you REALLY are, my illusionist friend! You are the master illusionist laughing madly at us all, calling yourself a “monkey” in great pride.

You are a fantastic monkey, my friend, and a wiser monkey I have never known. And there has never been a finer collection of monkey scratch than The Hogs of Cold Harbor, one of the greatest books I ever expect to read in my lifetime. It deserves comparison to anything Hemingway or Twain ever wrote, and perhaps it would have been compared to such if only Richard had dumbed his brilliance down to the simple argument of: “America is great and that’s why we won!” which is all people want to read anymore.

The complexities of truth are an uncomfortable read for sure, which is why most people won’t have the stomach or the heart to finish the whole book. But for those who make it to the end, you will get your money’s worth. A book that beautifully puts into words everything that you’ve ever thought about in your quieter moments about the lure of nationalistic furor—and once fell for the pig shit of Obama’s “Change we can believe in” or Trump’s “Make America great again”—all propaganda that soldiers can see through in a heartbeat, especially when watching their comrades fall apart like bloody Lego pieces right in front of them. 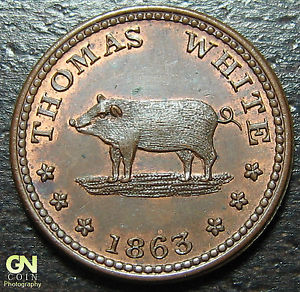 It is a book that I wish I could write, if only I didn’t detest the simplicity of the Traditional Adult Narrative that permeates most books today, which are not worth my time.

I seek refuge in writing comedy, in the ADHD Internet troll voice of the Common Era, as I demonstrated in “The End of the Magical Kingdom”, another war book that hides behind a colorful metaphor.

But what I enjoyed most about Richard’s voice is how he manages to tell a story that’s as true as it is absurd, as dramatically engrossing as it is laugh out loud funny, and as tragic as it is fun. Somehow, the author creates a narrative and true historical chapter that doesn’t seem phony or long-winded, like the typical adult novel sitting in the bookstore.

The fact is most authors today don’t write like Richard Fulgham, and more is the pity, because most book shelves are dominated by the likes of Stephen King, who is a hog shit of an author and an even bigger piece of hog shit as a human being.

In a time in America where political dogma is rising again destined to meet to a furious end, The Hogs of Cold Harbor is an injection shot of sanity. Now if you’ll excuse me, I must go tend to my piglets and gardening, shoving away mad trauma of talking heads and human gore, living as peacefully ever after as we can manage.