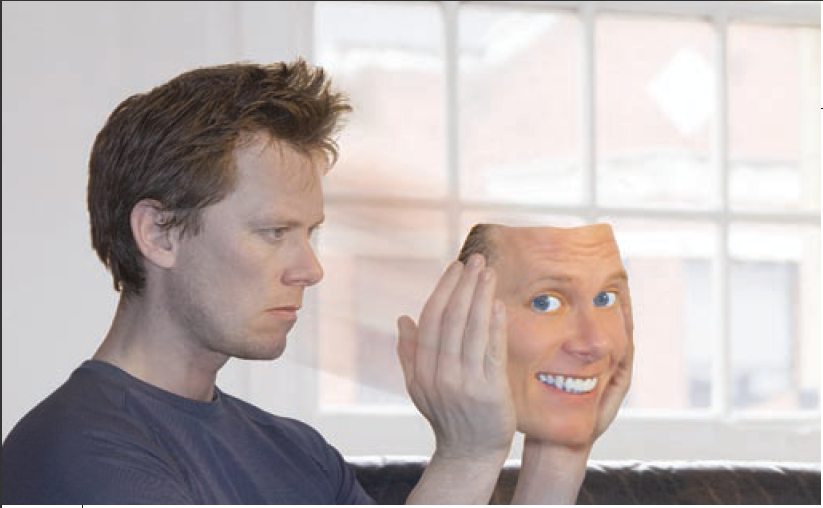 It’s unfortunate that most people don’t understand where terrorism/acts of violence come from.

Mental illness is what causes people who are victimized (or think they are victimized) to snap and lash out against others. Abuse leads to more abuse.

Nobody is born hateful or violent. They become hateful because they fail in life. They snap because their lives of pain and misery come to an end inside their head. They may be facing oppression or financial ruin. They feel they’re at the end of the road. They hate the world because, as they see it, the world (or a country, or a person, or a group) has wronged them. Someone has to pay for it.

Most people have figured this much out. The “mentally ill” (the schizoprenics, the borderlines, the paranoids, and men of rage) are dangerous.

What’s just as upsetting though is that American society hasn’t quite figured out that sociopathic and narcissistic personalities are just as much in the mental illness category.

They’ve come up with the concept of “high-functioning” sociopaths and narcissists who supposedly are capable of leading, and working in high-ranking positions. They’re good at their jobs because of their lack of ethical decisions.

It’s not true. Don’t believe it.

Anti-social personalities may be very good at greed – and at self-preservation. But they are not fit to be leaders.

What does it say that the world rewards sociopathic personalities rather than viewing them as mentally ill?

People in power ignore the cries of the mentally ill, the poor, and the ones suffering. And it WORSHIPS people who are, by nature, malignant. Whoever is “successful” is an important person worthy of attention. Never mind the fact that these people (mostly politicians, celebrities, etc) are out to help themselves, at the expense of the greater population.

Sociopaths are parasitical by nature. Unfortunately, they are very common in society. They are charming on the outside…until they turn on you in the worst way possible. These sociopaths/narcissists who are powerful are what turn the mentally ill into violent criminals.

The Myth of High-Function Sociopaths and Narcissists

The Las Vegas shootings of October 1-2, 2017 were committed by a domestic terrorist who owned illegal weapons. There is literally nothing that could have been done to stop this, except figure out a way to eliminate his weapons source.

Even so, it’s quite likely this was domestic terrorism rather than an internationally funded operation. What are terrorists – besides the “roaches”, the “racists” and the “pure evil” labels that we give them?

Terrorists are borderlines, are bipolars, are schizos, dependents, pushed to the edge. They direct their hate towards the Rich, the Politicians, the Narcissists and Sociopaths who have been given unspeakable power.

So you have a battle of mentally ill people that we all just tolerate….and REWARD by giving them attention.

We’re a society that rewards “success” (whatever it takes to be rich and famous) and lets victims fend for themselves. As long as we treat the poor like garbage, we as a society of callous Liberals, Conservatives and Libertarians, create mental illness, which creates terrorism.

We ADMIT that we allow narcissists and sociopaths to contribute to society – rather than be limited in what they can do.

An article from Pew Research recently concluded that some of the “best presidents” were narcissistic.

Should we allow the mentally ill to lead us – just because it makes us more money?

Narcissism and sociopathy may well be evolutionary based. The consensus is that many psychopaths are born that way and they are increasing in number. For all we know, it may be an evolutionary event happening….and I as an Empath am allowed to feel threatened by their existence.

Someone who lacks empathy and has, by definition, a persistent “pattern of disregarding and violating the rights of others”, does not deserve the same rights as a person who is law abiding, compassionate and concerned about the welfare of others. Certainly not the right to lead.

This is not bigotry…this is self-preservation. And yet another reason, Subversify refuses to vote for narcissists and sociopaths of the Democratic and Republican parties.

Terrorists are borderlines, are bipolars, are schizos, dependents, pushed to the edge. They direct their hate towards the Rich, the Politicians, the Narcissists and Sociopaths who have been given unspeakable power. So you have a battle of mentally ill people that we all just tolerate….and REWARD by giving them attention.

Tearing Down Monuments of War – Is Destroying the Legacy of American Heroes Right or Wrong?