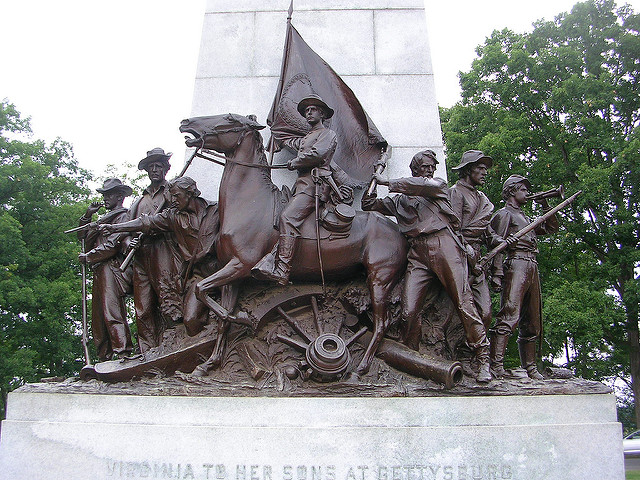 Tearing Down Monuments of War – Is Destroying the Legacy of American Heroes Right or Wrong? 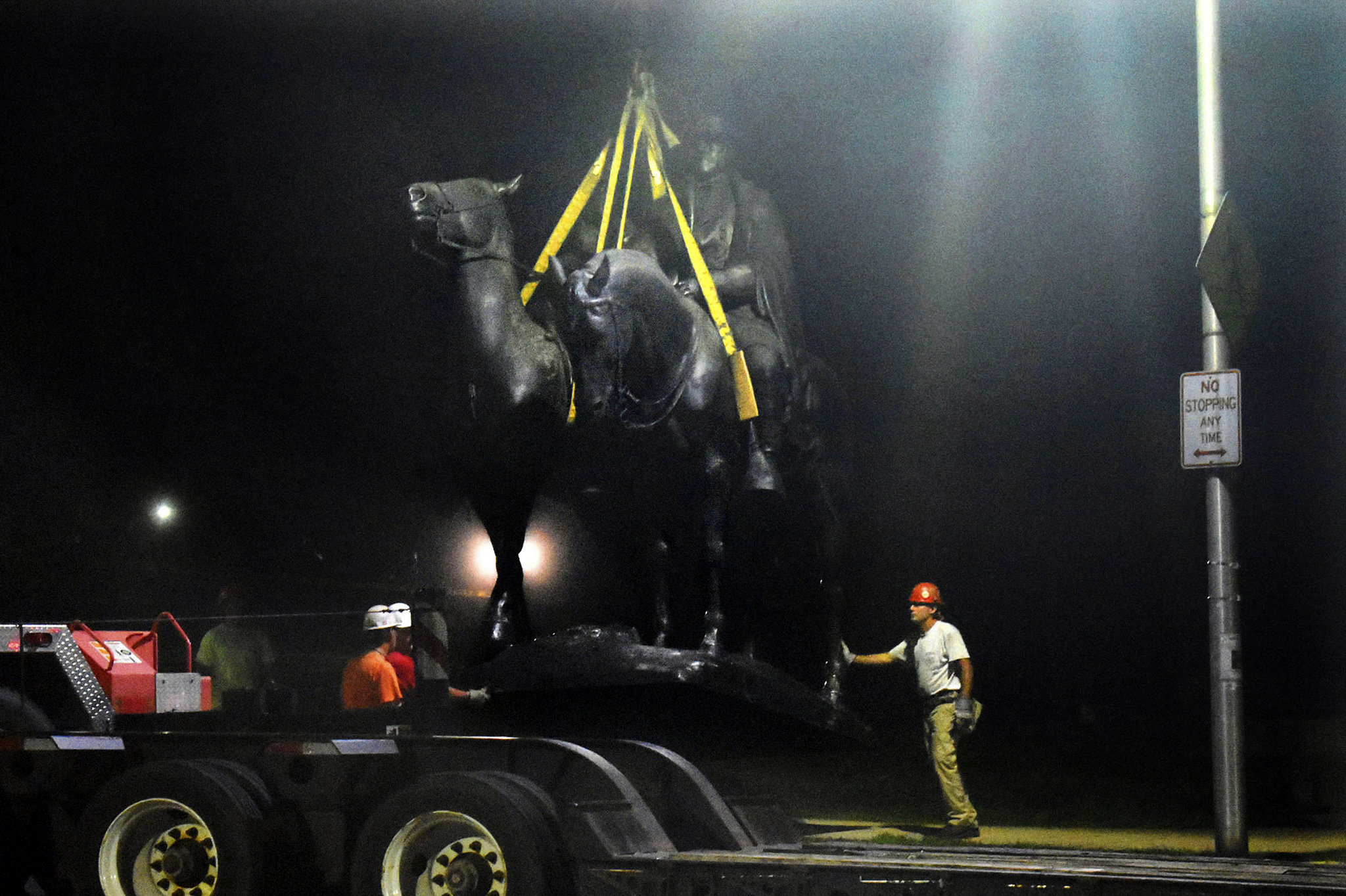 Recent news involving Al Sharpton criticizing the Thomas Jefferson Memorial Museum, and the arrest of Antifa protester Takiyah Thompson who helped topple a Confederate statue, has many liberals applauding and many conservatives decrying the death of American Patriotism. Who’s right and who’s wrong? Is it repairing injustice or perpetuating the hate?

The Left’s Argument: Glorification of the Immoral

The left’s argument is that to bring public glory to Confederate, Nazi or Colonial figures of history, who were decidedly immoral in conscience, is our right as a progressive society. The first amendment guaranteeing freedom of expression doesn’t apply to public statues, which supposedly reflect the modern public’s appreciation of the American heritage of old. We keep their statues because, in theory, we agree with these depictions of heroism. We feel they represent us as a state, as a federal republic, and as Americans.

First amendment rights do not protect the right of public exhibition—rather, the right to privately exercise free speech and pay honor to any historical figure of choice behind closed doors or in a gathering of peers, with land owners that reflect the views of the party.

Not surprisingly, Nazis and other white supremacists are finding it difficult to book public venues because their ideology is offensive to most Americans. Corporations that own these venues usually don’t court public controversy for any reason, and so citing first amendment rights does not apply in this case.

If Antifa’s concluding solution to dissenters of the left is ever to invade the private properties of white supremacists, they would be exhibiting behavior like the Nazi Gestapo—the very evil they claim to fight against. However, the demonstrations have not reached that point yet. Thus far the argument is that “we” don’t want symbols of segregation or slavery in the public eye.

The right’s argument is that removing these figures is un-American, treasonous and seditious—especially since Washington, Jefferson, Lincoln, Theodore Roosevelt, and Robert E. Lee, are all important figures in American history and they’re all at threat of being torn down. Yes, many historical figures were slave owners and were, in the case of people like Harry Truman and FDR, full blown unlikable racists who spoke disparagingly of blacks and other non-whites.

Should this necessitate removal from a public square because it is little more than an offensive exhibition, as is burning the flag, or burning copies of the Quran?

The reason why such violent demonstrators are being called “communists” is not simply as a name dropping slur. Conservatives are referring to a pattern in history called Cultural Marxism.

The very definition of Cultural Marxism is the belief that all modern human behavior stems from the culture society allows—and that all culture is malleable, and easy to shape if only society takes a firm hand in censoring thoughts and statements contrary to public decency.

Cultural Marxism has a historical pattern of “modern societies” destroying icons and imagery of the past, particularly in destroying public statues, or even in destroying the legacy of historical, fictional or religious figures—a need for modern society to reject the old doctrines and old way of life in favor of a new and greater morality.

Some have gone so far to say that Cultural Marxism is the intentional destruction of all “holy things” an old society has accomplished, from legacies to traditional schools of thought, to even the gradual molding of individual preferences towards a State model worthy of following.

The Historical Perspective of Destroying Statues

Subversify and other third party progressives take an unemotional approach to the argument, and one based on a largely historical perspective. We know for example:

1. The dead are conscious of nothing. It doesn’t hurt Andrew Jackson’s feelings that he’s not on the $20 bill. It doesn’t concern Jefferson or Washington in the least, that people 200 years removed find their lifestyles offensive. This is merely the progression of modern society—and old society will never be in sync with the modern world because it hasn’t progressed to our state of civilized behavior, our compassion and humanity, learned by experience, a gradual process that takes literally hundreds of years.

2. It is common behavior among all revolutionaries to destroy the statues, legacies and icons of old figures that no longer serve a political purpose. This is nothing new—liberal radicals in Russia did the same on the early 20th century, as did revolutionaries in the French Revolution, and all the way down to ISIS in modern times. These people would not be revolutionaries if they “fought with honor” and tried to be nice to all those wonderful dead people.

3. In an ideal world, there would be no monuments to war heroes because nobody would ever see the value of resorting to war. The pacifist argument is that we should never think of a man who has resorted to war, resorted to murdering other people for his political purposes, as anyone deserving of special honor. He did what had to be done, according to his perspective, not what he was proud of doing.

One may argue that violence is a necessary evil, such as protecting against home invaders, serial killers and gang warfare. That may be so, but at no point has anyone erected a monument saluting Bob for shooting his next door neighbor after a break-in attempt.

Wars, at the very best, are failures of human communication. Horrific “final solutions” that leaders take because they have run out of all other reasonable options. The aim of any so-called humanist should be to promote peace, find other options to violence, and negotiate a compromise so that we can all live one more day without gunning each other down in cold blood.

There may be no real advantage to removing statues, besides appeasing an angry mob—especially since the news media is what actually riles people up to commit violence in the first place. People only know how to respond to any situation after hearing a news narrative that demonstrates a “call to action” that makes sense.

We the Subversives, in opposition to the 1% and the oppression of the poor, will not violently intervene to oppose the removal of statues consecrating dead men and their dead wars. We can only imagine that Jefferson himself, and Washington himself, would be far less concerned with their legacies and far more concerned with the survival of the United States of America—especially as it faces its greatest divisionary war yet.

Instead, we will only remind the radicals of society that if you’re going to censure war criminals and morally repugnant men and women of yesterday, don’t forget to do the same to men and women today who are equally flawed.

Destroy the legacies of men who invaded other countries and killed civilians for profit and political advantage. Stop paying homage to public figures who align themselves with political parties that are morally reprehensible, whether because of election corruption, or because their own history is steeped in racism, slavery advocacy, white supremacy and resisting a progressive society.

Subversify remains adamantly opposed to both Republican and Democratic parties and any other ideology that promotes hate and an oligarchian society.

In an ideal world, there would be no monuments to war heroes because nobody would ever see the value of resorting to war.