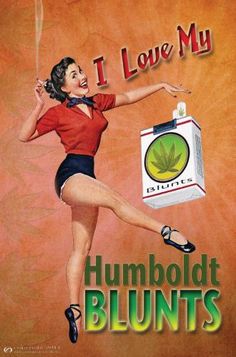 I live in Humboldt County which currently and for some time has produced around 70% of all marijuana grown in California.  We call this place the Emerald triangle, because here, behind the curtain of old growth Redwood, in deep hollow and hills we grow most of the weed you have had in your life.  Our pot culture runs deep, is legendary, some would even postulate that Bigfoot legends are kept alive here solely to help with the privacy for pot growing.  You drive along roads in this place and are not at all surprised to see people casually walking out of the forest where no person should be, a water tank in tow and all the laundry for the month.  Our Costco orders enough 40-gallon black Rubbermaid bins to fill two entire rows during trimming season and one side of a row every other time.

Since the decline of the lumber industry, our economy has run on marijuana.  We all looked the other way when it was illegal and now that it’s legal, it has become a divisive issue in our community.  Because, unlike other agricultural industries, there are good and bad things connected to the growing and distribution of marijuana.  For today, we are going to talk about some of those less pleasant things that Proposition 64 did not address and/or solve:

Marijuana isn’t nicknamed “weed” for no reason.  This is a plant that readily grows most anywhere there is dirt and sun.  Toss some seeds into your front garden and you will most likely have plants.  That doesn’t mean you will have great producing plants though.

To get the most out of their harvest the last generation of growers has been pumping illegal chemicals into their crops.  It makes sense on a certain level.  If you are going to be risking jail time for a grow, you want to get the highest yield.  So, large scale grows have given no thought in the last couple of decades to what they are using and the fact that it effects the groundwater.

This has been a continuing issue in Humboldt county, where we boast 6 rivers, and many lakes and streams.  More than one of these bodies of water are considered sacred by local tribes and all of them have been impacted by illegal grows.  For example, Mourad W. Gabriel found 80% of the fish he tested in our waterways were contaminated by rat poisons used by illegal grows.  He published his findings in his report which has come to be known as the Rat Poison Report

Rat poison by the way is not for the plants, it’s for the incredibly poor and inhumane conditions growers can live.  Growers typically have someone living on the land, legally or not, caring for the plants. They typically do so on the down-low.  Most large scale grows include camping complete with absolutely no plumbing.  Here’s what one of these sites looks like after everyone has cleared out:

Now, licenses to grow are being applied for and given and one of the stipulations is an environmental impact report from the growers, which is a step in the right direction.  But, this leads to the next problem: There are still going to be illegal grows.

Illegal Grows are going to Continue

The state doesn’t allow issue for license of cultivation under prop 64 for operations larger than 1 acre for the first 5 years.  This is meant to put small family farmers who have existed up until this time at ease.  The concern being monopolization by large scale farming a la ‘big tobacco’.  The problem with this is that a large corporate entity is not kept from purchasing from many small farms and distributing under a dispensary license.  Indeed, dispensary is almost necessary to sell your marijuana legally.  Just as dairy cooperatives collect and separate milk before selling to a company like Knudsen’s.  A corporation can work around this protection easily.

Having a legal grow is going to prove to be expensive.  Up until this time, to get started growing you either needed a piece of land of your own or a piece of national forest or otherwise poached land where you think nobody will see you.  After that, you need to plant, care for and see your weed. The cost of all this was relatively low, and if your grow was busted there was an even chance you could get out of there in time to avoid being arrested.

The price of marijuana was set partly by the fact that people were risking incarceration.  Therefore, dealers could charge a good livable price for their pot.

With legalization, growers can now farm anywhere they can buy land.  As marijuana is not a picky plant, this is bad news for Humboldt county.  Nobody is going to want to continue the cost of carting their operation into the deep forest lands that growers have invested in.  Why would they when they can buy land in the valley which has a longer growing season, better conditions and no mountains.  In addition, growers won’t have to worry about as many endangered trees and will net a bigger crop for less work and investment.

It’s not an honest value anymore.  Part of the thing that drove up the price of Marijuana was the illegality of it.  Because of this, areas like Humboldt with lots of hidey holes could make good money dragging all the equipment up to their mountain fortress.  But the end of prohibition ends that.  This means nobody in their right mind is going to drag their operation, (for long) into the Humboldt Hollers to grow when they can do it in the plains of California easier, cleaner and more effectively.  For this reason, prices should drop.  But they won’t, because the new criminal in this scenario is the Politician.  Politicians like Gavin Newsome who seem happy to take kickbacks to run prices up and keep them up on marijuana while the general market suffers, as per usual.

This problem is unique to our area precisely because of prohibition.  One would think, no problem just move your operation.  However, our community has developed a secondary economy.  The economy of secondary criminality.

Nobody likes to hear about the ugly parts of their medicine but a lot of other crime is required to produce that dank weed you love.  Until very recently there was no automated trimming available and when there finally was, it was cost prohibitive to purchase.  Most trimming of weed is done by hand.  The people willing to do it are pretty desperate, so they are often young, otherwise unemployable and disproportionately female.

The female thing is a unique circumstance.  It’s not that young men aren’t available to trim, but growers and foremen take advantage of the fact that a lot of pretty, young women are sitting curbside waiting to be picked up for work.  What happens to them later is the thing that is concerning.

We have a big problem with rape, sex slavery and prostitution in the grow camps. A lot of young women are hitchhiking across the country and hope to stop and make some money.  Some are runaways, some have no prospects or have little or no contact with people outside the grow culture.  All of this makes them vulnerable and yearly we end up finding young women who have been misused or even just disappear.

Shoshanna Walter shared in her report in September of 2016 “The Center for Investigative Reporting unearthed dozens of accounts of sexual exploitation, abuse and trafficking. Victims’ advocates say the problem is far larger and, with every harvest, continues to grow.”

The number of trimmigrants who go missing alone is overwhelming for the county. In 2015, Humboldt County reported 325 missing people, this is more per capita than any other California county.

While we are worried about women, the young men who aren’t picked up for work are left with no jobs, no money and nothing else to do.  Many of them slip into other areas of crime.  Methamphetamine production or Oil distilling are both big substitutes when you can’t get trimming job.  Some people actually wait for harvests to be over, case homes that are holding marijuana and break in to take it.  An amazing amount of the violent crime in our area revolves around getting and selling marijuana.

You would think things would change with prohibition ending, but here’s why it won’t.  The small farms that are allowed?  The one-acre plots?  They can’t support the migrant community that our area is used to for the yearly harvest.  People are going to be out of work.  But they are still going to know where the weed is.  It will get stolen.

Not Capturing the Market means loss of local revenue

Strong local controls are built in to compensate for the fact that some communities have ingrained pot economies and others do not.  It gives local authorities the right to address what the community’s specific needs are.  So, not every community will enjoy the same freedoms with weed as others.

Humboldt County will suffer from being full of itself.  So many mom and pop grows are sitting on their laurels and banking on the idea that their name recognition and region will somehow set them apart in the market.  If you live and smoke in California that might be true.  But, California is a melting pot and at any given moment there are more newcomers than home grown Californians.  This lowers the history and name recognition of Humboldt.

In fact, earlier in the year I saw a magazine review a product made in Humboldt with no recognition given.  It was a marijuana based lubricant called Humboldt which we are all well familiar with here.  The writer seemed to think it was so-named because of the “Hum you would feel” with the lubrication.

Already we are being bypassed for recognition and we aren’t even really out of the gate.  Almost no effort is being made to trademark any of the Humboldt regional names for marijuana strains.  Yet rappers already have trademarked lines of their own marijuana and products.

The Legalization of marijuana through Proposition 64 will not solve issues at the federal level, including banking and insurance provisions that have been insurmountable barriers for legalized states thus far. It is already showing itself to be slow at fixing long ingrained problems and helping career criminals like politicians and corporations to continue to benefit.  All this while making it confusing for those who wish to stay above board to do so.

Whether or not Prop 64 will in the long term be helpful to our community or the last nail in the agricultural coffin remains to be seen.  To be fair, Humboldt county and the Sherrif’s department has thus far been very clear on what will get you arrested as of Jan 1, 2018.  The community here knows it has benefited economically from marijuana prohibitions.  Only time will tell if we can reconcile our deep mistrust that continues between the growing community and the rest of the population who like it or not, has its economic well being tied to this industry.

Humboldt and other counties in the Emerald Triangle face unique challenges as they look toward January 2018 when Prop. 64 goes into effect.