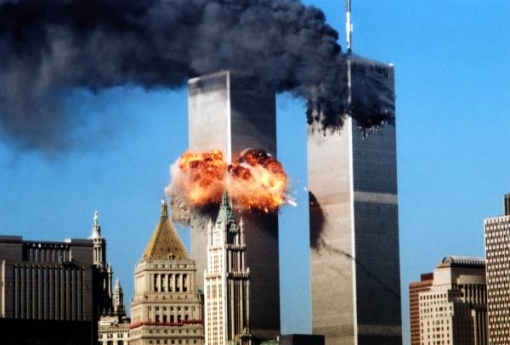 The Shock and Humiliation

On September 10, 2001, the United States was a complacent, well-to-do country, filled with energy and self-confidence. Its past wasn’t unblemished. It was still licking some wounds over the embarrassing and tragic 1993 seize of Waco and the retaliatory 1995 bombing of Oklahoma City. There was a lot of head scratching and misunderstanding over the NATO led intervention in Kosovo, but overall US citizens felt very optimistic, with a strong economy, higher education incentives and a solid welfare-to-work program. On September 11, the dream died.

On September 11, 2001, the country that believed itself invincible discovered it can be and had been invaded by a foreign entity. After the initial shock, the stunned silence, facts began to crawl to the surface, along with rumors and suspicions. The Internet was an emerging service, its take-over of global communications relatively young, with just a little over ten years of active use, but in that fatal year, it was the medium through which the average home searched for updates and expressed their dismay on increasingly popular cyber forums.

Almost unanimously, the citizens wanted revenge. Very few people had heard of Al Queda at the time, or what they stood for, but discovering they were a Muslim extremist group was enough to make some decide it was time to stage war against the entire Muslim nation. That not all Muslims were terrorists apparently didn’t matter, nor that the combined number equaled over a million foot soldiers. Nearly three thousand civilians had died in the Twin Towers collapse, including 343 firefighters and paramedics. Another ten thousand people were injured.

The time line of events that followed are enough to make anyone’s head spin. On December 13 of that year, the US Government released a tape portraying  Osama bin Laden with a solid claim to responsibility for the action. Panic rode high over the grief-stricken nation.  It seemed reasonable that serious measures had to be taken to protect the country from hostile insurgents.  Six weeks after the Twin Towers bombing, the USA Patriot Act was passed, a law that would not only lead the way to cracking down on International border crossing, the right to view scan  passengers and closely monitor luggage carry on at airports, forbidding a great number of items,  the act permitted complete government surveillance over the activities of its own people without checks and balances, including judicial oversight.

In March of 2002, springing from the principles of the Patriot Act, Homeland Security was created. A year later, Iraq was invaded, following rumors concerning weapons of mass destruction. In that same year, Saddam Hussein was hunted down and imprisoned on charges that he held ties to Al Queda and was harboring weapons of mass destruction. In February of 2011, Rafid Ahmed Alwan al-Janafi, a scientist opposed to Hussein’s government admitted to the Guardian that the Iraqi president did not have biological weapons, but by then Hussein hand been hanged for crimes against humanity.

The Homeland Security Act effectively limited the ability to cross International borders freely, reduced civilian privacy, increased government secrecy and strengthened government protection of special interests. It assumed control over many of the offices and functions previously conducted by the Customs Service, Coast Guard and U.S. Secret Service. Empowered by the Patriot Act, it is the largest federal government organization to be created since the Department of Defense developed in 1947.

The war in Iraq would begin a hopeless tangle in Mideastern conflict, with American soldiers searching more for a friend among enemies than for an enemy among a suppressed populace begging for liberation.  It would bring stark realizations of our own abilities to commit brutalities, the injustice of Guantanamo Bay and scrutinizing questions of our government.  The Homeland Security Act would open the door to invasive politics, entrapment by federal authorities, arrests for peaceful protests and increased violence in law enforcement.

Among the issues that have created a backlash in tightened security measures is the authority to intercept wire, oral and electronic communications relating to terrorism. Facebook and Yahoo have recently joined Microsoft and Google in a motion filed with the courts to allow them to make public the data requests they received by the National Surveillance Agency for its data mining PRISM program. Stated the director of public policy and government affairs, Pablo Chavez, “the levels of secrecy that have built up around national security requests have undermined the basic freedoms that are at the heart of a democratic society.”

Said Facebook’s vice president and general council, Colin Stretch, “We believe there’s more information the public deserves to know, and that would help foster an informed debate about whether government security programs adequately balance privacy interests when attempting to keep the public safe.” 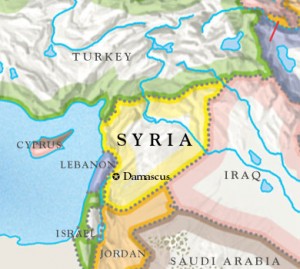 What does National Security do with the mined data? A document leaked by Edward Snowden revealed that the personal phone numbers and information data of US citizens is routinely shared with Israel. The data includes raw traffic picked up by the Surveillance Agency such as, “unevaluated and unminimized transcripts, gists, facsimiles, telex, voice, and Digital Network Intelligence (DNI) metadata and content”. The only data they do not share with Israel is any communication generating from a person within a government office.

Israel uses the data to measure U.S. civilian positions on the Mideast; positions that have increasingly become disinterested in foreign involvement. The citizens have had their revenge. The war in Iraq had lasted nine years with no weapons of destruction found. In the initial phase of the invasion, 9,200 Iraqi combatants were killed, as well as 7,299 civilians. American military personnel casualties were listed at 139.

The Fallout of War 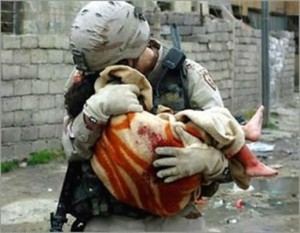 Iraq has yet to recover from the chaos created by its overturned government. The invasion stirred tensions with Turkey and Iran, tensions that continue to increase. The Wkikleaks classified information on the number of violent deaths contributed to the war was placed at 109,032, with 66,081 civilian deaths. Nearly three million Iraqis have been displaced, with numerous regional problems that include a 28% malnutrition rate, unsafe drinking water and over half the children suffering severe psychological problems. The financial cost has been 9 billion dollars by Great Britain and 845 billion dollars by the United States.

The 9/11 attack also prompted the invasion into Afghanistan. When President George W. Bush made an immediate demand of the Taliban government, which controlled ninety percent of Afghanistan, to hand over Osama Bin Laden, the Taliban held government refused. The purported Al Queda stronghold demanded proof of Bin Laden’s involvement. On October 7, 2001, the United States attacked Afghanistan, reinforced by troops from Great Britain, and later, Germany. The war expanded into North-West Pakistan when in 2004 the Pakistani Army began clashing with local tribes that supported Al-Queda and Taliban militants.

The intense hunt for the terrorist leader ended ten years later. On May 2, 2011, US Navy Seals killed Bin Laden in Abbotadad, Pakistan, along with a number of his family members.  The ongoing war has caused thousands of Afghani lives, many of whom have been civilians. Additionally, it has cost the lives of over 4,000 ISAF (International Security Assistance Force) soldiers and civilian contractors.

The United States has become exhausted with the global war on terrorism initiated by the 9/11 attack. The stirring calls to halt the advance of Al Queda terrorists have led American troops into Somalia, Mali, Yeman and Kashmir, as well as Pakistan, Iraq and Afghanistan. Recent conflicts have flared in Egypt and Libya, with American confused as to whether the violence should be classified as terrorists, rebel groups or civil war.

Now they have been asked to invade Syria. The resounding answer has been “no”. It’s not just that there has been no proof it was the Syrian government using chemical weapons on its own citizens, nor that it seemed very plausible the Syrian government would do this, considering its winning the civil war, but that the rebels the US government is asking its citizens to assist are reputed to be Al Queda members. They are being asked to assist the very group that has placed US soldiers in a foreign military zone for twelve years and that is blamed for the destruction of the Twin Towers.

What We have Lost

President Bush declared to the American people, “Terrorist attacks can shake the foundations of our largest buildings, but they cannot touch the foundation of America. These acts shatter steel, but they cannot dent the steel of American resolve”. There was plenty of resolve after the 9/11 attack and in the following weeks as New York City got back to its feet and began putting together the pieces of their lives. This resolve has gradually deteriorated over the years, not by terrorist acts against the United States, but internal aggression demonstrated by the US Government.

A new generation is growing up, one that doesn’t know or remember the attacks on the Twin Towers and are taught the events as a part of history. They are growing up without knowing the prosperous, confident country that had once been the United States. They are growing up believing restrictive security measures are the norm and authorities are to be obeyed without questioning the basis of the obedience. What they will not be taught is that the very freedoms our forefathers found precious enough to lay down their lives for were freely surrendered by an American populace enveloped in fear. What we should never forget is that lies, deceit, misinformation and secrecy have cost thousands of civilian lives, have stripped us of our privacy, and led us into continuous, unresolved wars. If we continue to accept without question, laws that strip us of our humanity, the dream of a pure democracy is dead.   If we allow ourselves to cultivate a  hatred toward people who have taken no aggressive stands against us, and invite ourselves into countries for the purpose of raining unprovoked war down on them, the terrorists have already won.

Karla Fetrow: After 9/11 should we choose to never forget the shock and pain or never forget we gave up freedom for security?

How was Syria before the war?

The Matriarchal, Libertarian Gospel of Jesus according to Ronald