My trip to Reno: With Rove & Romney & the Big Bad Wolf 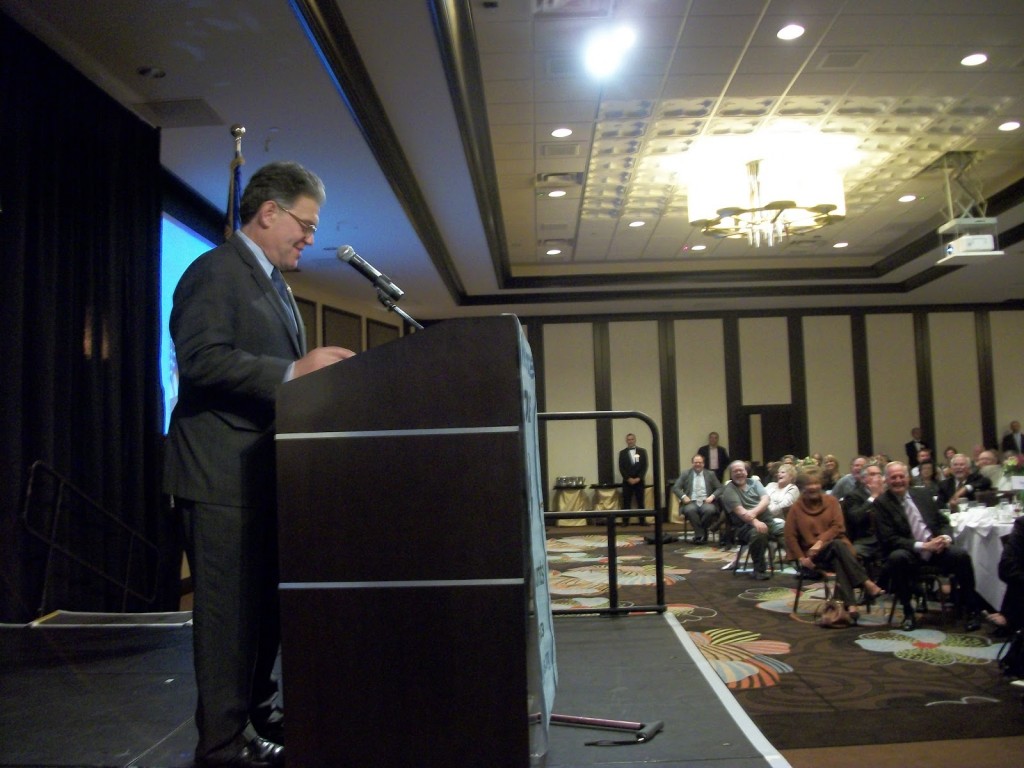 After putting it off for several years, my family and I finally got around to taking a road trip to Reno, Nevada — just in time to get caught in an avalanche of deceitful election propaganda, compliments of the Koch brothers and Sheldon Adelson and Karl Rove.  And also just in time to get stuck in a huge snow storm in the Sierras as well.

Just try putting chains onto your tires in the middle of a blizzard sometime.  So much fun!

Once in Reno, however, my four-year-old granddaughter developed a bit of a cough, so while Ashley and Hugo were out playing blackjack, I was busy reading Mena bedtime stories — starting with Little Red Riding Hood.  You know the one.  Where the Big Bad Wolf pretends to be Grandma?  Good grief!  Politics are even in fairy tales!

“The better to EAT you with, my dear!” cries the wolf — cleverly disguised as Riding Hood’s sweet little grandmother.  And if Rove and the Koch brothers and Adelson (and, incidentally, Ryan and Romney too) win the 2012 presidential race, then THEY will be happily eating up Grandma and there will be absolutely no kindly woodsmen nearby to save us.

But in Reno right now, Rove and his pals are still happily disguised as our innocent and well-meaning grandmother, out to buy the 2012 election for our own good.  Yeah right.  Enough said about that.  If America gets eaten by wolves this election, then it’s just our own naive fault.

Obama may not be perfect, but he has shown that he’s not all that interested in cannibalizing America.

PS:  While in Reno, I also visited my wonderful Aunt Evelyn and went to a political fund-raiser put on by the Washoe County democrats.  We all gathered at the Atlantis, ate rubber turkey, watched the final presidential debate together and listened to speeches by senators Harry Reid and Al Franken — who commented that Romney thought Iran wanted Syria so it could finally have a path to the sea.  “Forgot about the Persian Gulf, did ya?”  The Persian Gulf is a body of water named after Persia — aka Iran.  Iran has had a path to the sea since approximately 3100 BC.

But Rove himself hasn’t forgotten about the Persian Gulf, no no no.  He didn’t forget it during that costly and spurious war on Iraq — so why should he suddenly forget about it now?  Or forget it in January, after he has stolen the White House again.

PPS:  Someone just suggested that everyone in America should start registering Republican — so that there will be less of a chance that our votes will be stolen by GOP election fraud.  Yes, folks, American politics have actually sunk that low, where we actually have UN monitors watching our elections.

So.  What can we mere helpless citizens do to stop America from getting eaten by the greedy, corrupt and evil Big Bad Wolves who continually prey on us?  Just hope that the good part of human nature will eventually win out over the bad and that kindly woodsmen will always come to our rescue.  But how’s that been working for us so far?  Not so good.  However, cooperation always trumps subjugation in the end — but it sure is taking a long time for Grandma, er, the American people to see that.

It appears that Americans had really gotten fooled back when Big Bad Wolf George Bush ran for president in 2000, cleverly disguised as our folksy and kindly woodsman hero and not as the Rove-owned sleazy used-car salesman con-man that he actually was.  Now, however, many voters can see that Romney is also trying to imitate Dubya disguised as a used-car salesman/BB Wolf — and this time Americans have not been so easily fooled.  Or to quote from GWB himself, “Fool me once, shame on — shame on you.  Fool me –you can’t get fooled again.”

By: Jane Stillwater After putting it off for several years, my family and I finally got around to taking a road trip to Reno, Nevada — just in time to get caught in an avalanche of deceitful election propaganda, compliments of the Koch brothers and Sheldon Adelson and Karl Rove.  And also just in time to get stuck in a huge…