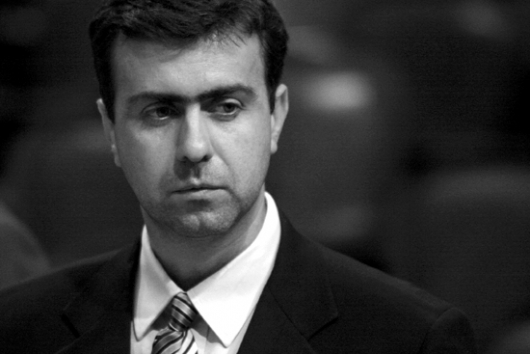 Reprinted with permission from Micmag.net

In 2008, he chaired a Parliamentary Investigation Commission (CPI) on the action of militias in the Cidade Maravilhosa (as the Wonderful City Rio residents call their city).

Four years later, continuously chaperoned by six bodyguards, the history teacher, always threatened to apply as Mayor of Rio. Musicians Chico Buarque and Caetano Veloso, but also the former Minister of the Environment Marina Silva support his candidacy. It explains the growing danger posed by these paramilitary groups in the suburbs and democracy. Interview

How to describe militias cariocas?
Militias Mafias are located in the state of Rio de Janeiro. They have been around a decade and are made of security from the police, army, prisons, and fire stations ….They are very well organized criminal groups dominate several territories. In 2008, the ICC there were 170 regions of Rio under their thumb. Today it is estimated that there are 300. Economic power is enormous. Most often, they practice racket on gas trade, transit minibus and cable TV illegally. Some are also willing to elevated levels.These activities are very lucrative! “.

“Patricia Accioly Niteroi (NDR: the municipality” twin “was brutally murdered by militia. This judge was shot several shots from a police weapon.”

These mafias have these relays in politics?
“Yes. Their territorial power was transformed into electoral power. For the first time in Rio de Janeiro a criminal group is poised to take power. They elect councilors and MPs, they interfere in the elections to the federal level. They are extremely dangerous: it is an embryo mafia such as those that exist in Italy.

What is the Commission of Inquiry was launched in 2008?
During the second half of 2008, we opened a Parliamentary Inquiry Commission (CPI by its acronym in Portuguese). After six months of investigation, our report was approved unanimously by all members. This called into question 225 militiamen.Among them were a member and some councilors. We developed a mapping. It showed that there were militias, who they were, how they worked and what their relationship with the government. It was a very educational and report its impact on the public was huge. The collective gaze of militias has changed. Networks were dismantled and a lot of people went to jail …

Why do you say that public opinion has changed?
Because until now, public opinion was in cahoots with them. The former Mayor of Rio called them “self-defense community” and the current Mayor cited as proof and example of “what fonts to Rio de Janeiro could do.” In short, all those who had an interest in these militias control the vote in districts minimized saying they were a “necessary evil”! The important thing was to eradicate drug trafficking; militiamen were doing dirty work then no matter how …

This report was it relayed by the media?
Public opinion has completely returned after a couple of journalists investigating a territory in the hands of militias have been barbarically tortured by militiamen. It is only then that the application of CPI has been approved. I did request a year and a half earlier, but in early 2007 the Commission of Inquiry was not approved until mid-2008! Previously, the militias were very influential and had more power than we in the Assembly. It is only when the two journalists were tortured that media pressure was swollen and that the ICC has been approved.

What has happened with these two journalists?
They worked for the newspaper O Dia and they prepared a topic militias in the Favela Batan – symbolically, this is now the only favela militias who a Unit of Police Peacekeeper – (NDR – The UPP military operations are resumed in the favelas territory riddled with traffic-They aim to restore the rule of law) These journalists had infiltrated among locals and they lived with relate them to better their lives when they were exposed by the Militia and tortured. This episode was included in “Troupe of Elite 2”. In the film, but they die in real life, they came out and they left Brazil. All the press put pressure and the Commission of Inquiry, stalled for a year and a half has been launched.

Has your life changed?
Starting from the ICC, I started reviewing death threats to me and move armored car.I ran that risk with precautions until last August when Judge Patricia Accioly Niteroi (NDR: the municipality “twin” of Rio de Janeiro, on the other side of Guanabara Bay) was brutally murdered by militia. The judge was shot several shots through a police weapon with ammunition from the police and everyone has understood that it was not an act but a missed warning! We could not doubt for a second that they were capable of killing a judge, they could very well kill a member.

Have you received new threats?
In October 2011, two months after the enforcement of the Judge Patricia Accioly (NDR: she was about to indict several militia), death threats against me were accelerated. During the month of October 2011, I received seven specific threats.People are protected by anonymity explain in detail the plans for the militia to execute me. All these accusations are accurate: there the officer’s name, the place where it is located, the group that is the day … In short, a wide range of information that could justify the initiation of an investigation. These are the Security Services of the Legislative Assembly of Rio passed me. But apart from that I bodyguards profit since 2008 – paid by the state, a duty – I had in October 2011 about this no contact with the Government of Rio.

Is known from police involved in these mafias?
Every police mafia is not far away. To carry out this ICC, I relied on the wonderful work of a large number of police officers. Would never have been able to conclude this work without their patient undercover work, investigation and analysis. Be aware that there is a war policies, a major struggle even within the security services against this cancer that gnaws … It remains no less than Rio, organized crime is a state crime.

Is Brasília could legitimately intervene?
Federal Government has no power over the regional police. But he has his hand on the criminal law. One of the proposals of the ICC was to define the crime of “militia” and to codify it. But since 2009, this law has not yet passed! The debate on the demilitarization of the fire is not a regional but national debate … What justifies that firefighters have a bearing arms? National Petroleum Agency, which administers the distribution of gas is not a national but regional authority! So the federal government has quite the power to confront the militias.

Can you imagine the ramifications of the crime at the top of the state?
Explaining the ICC after a criminal group to ensure stronger and more menacing than ever? The recent history of Rio de Janeiro does not distinguish between crime, police and politics. The three are linked. Militias may interfere with federal elections and Senate. But it is especially in local politics, with councilors and MPs that regional militias Rio do business. The last local elections of 2008, the entire West Zone dominated by cronyism that has rocked the benefit of current Mayor Eduardo Paes.Locally, their political clout is enormous. At the federal level, it is mainly the lack of political will that is unfortunate.

Then consider how future major events?
behind the organization of the Great Events, there is the idea that we must restore order. Now for the City and the State of Rio, the order that is the end of the traffic.Not the end of militia! Yet the militia is a mafia and the mafia, such as traffic, has two arms: one side Social Service, on the other Terror! Before threatening to kill a member or a judge, how many were murdered anonymous? Map of the militias and killings is the same! Wherever there is a large number of violent deaths, there are militias. Patricia Accioly investigating the dead “in acts of resistance” when she was murdered.

Marcelo Freixo, MP in the State of Rio de Janeiro (PSOL) is a man threatened with death. The course of this human rights activist human mediator in prison revolts, inspired the central character Diogo Fraga in the hit movie “Elite Troop 2.”

My trip to Reno: With Rove & Romney & the Big Bad Wolf