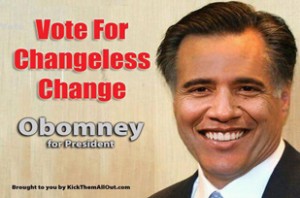 Well, it seems like the American people have spoken (assuming that the voting machines weren’t rigged, that is…) and they have chosen to stick with the poison they know over the poison they don’t – congratulations to the incumbent chief executive over his hopeful challenger to the throne for hanging onto his position of absolute power where he rules as a king in all but name for another four years!

What’s that? You think that I exaggerate? Considering that the president of the U.S./NATO empire has the power to indefinitely detain anyone on the *suspicion* of being a “terrorist” (a fictional creature), put anyone in a “combat zone” (however that’s defined…) on a private kill list and arbitrarily declare marital “law” whenever he deems fit what else would you call that kind of power but that of an autocrat? What kind of checks can one possibly put on this sort of power? Answer: none!

That’s right – you now have a chief executive that can’t be held accountable to anyone: Congress can’t impeach him (lest the POTUS declares their home towns to be “combat zones” and put their names on his kill list) and the Supreme Court never could do shit to him in the first place (sure, they can rule the actions of the POTUS “unconstitutional” – but, as Andrew Jackson once said, “the courts made their ruling, now let’s see them enforce it.”). All the pieces are in place and all that’s left is for the state to stop pretending it’s a fucking “democracy” and transform this place into a full-blown Orwellian police state!

Oh? You think that Obama is a bad leader, but that the alternative would have been worse? That Obama would never stoop to the lows that Romney would? Pray tell – what would the functional difference between these two be? Both candidates expressed a willingness to keep waging their wars on drugs and “terrorism” well into the future. Both candidates wanted to keep propping up the corporatist shell game the mainstream economy is based on. Both candidates promised keep propping up despotic regimes across the globe.

So, other than the prospect of a few extra crumbs falling from the table (in the form of state-backed entitlement programs), just what is the functional difference between them? Voting for one or the other ultimately decided nothing but the face of the empire – instead of the angry, white face leading the charge for a stronger police state, we have a softer-spoken black face sweet-talking us into accepting a stronger police state (and giving us some proverbial cookies to keep us happy – until we’re all rounded up and placed in the dissident camps, that is…).

So, congratulations to the American sheeple! Rather than rise up against this farce and destroy this monster once and for all, you chose to instead paint a smiley face on it and hope that it doesn’t eat you! This “solution” might work just fine for you, but there’s a reason I stayed home on “election” day and polished my arsenal – and before the decade is out you’ll probably wish that you did the same…

Azazel- Both candidates promised to keep propping up despotic regimes across the globe.