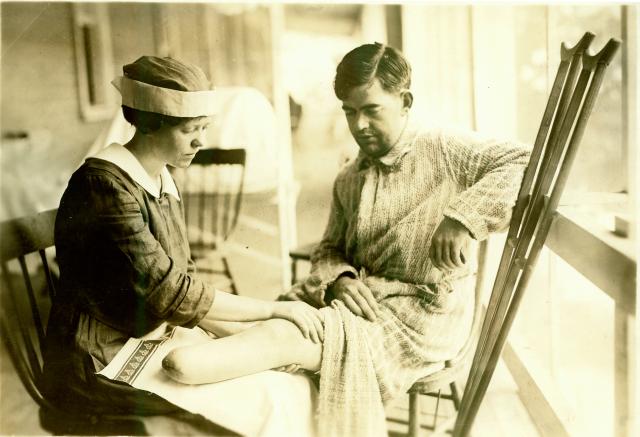 Subversify is pleased to introduce Don G. Ward, a new contributor to our site.  Amongst his many passions, Don produces poetry about his poetry he says: “I often write poetry in trilogies. It just happens. I would like these poems to become theatrical plays, influenced by the work of Samuel Beckett. So as you read, include the silences, the set, the lighting, the coughs from the audience. See the characters; their facial expressions, their bodily movements, their clothes, what they look at, touch, hear, the subtext that you as reader/director will have to include.
Potentially this means that the reading of these three short poems could take hours.”  We encourage you to take some time with these as suggested and get to know Don.  We hope to see more from him in the future.

Stanislav Has Had His Legs Cut Off

“Leave me alone, I don’t need slavering pity.”
His wife waddled back to the kitchen.
“Can you help me… a bit?”

After the amputations she left him alone.
Stanislas had, after all, had his legs cut off.

Stanislav’s Wife Shouted From The Kitchen

“Can you help me… a bit?”
Stan dragged himself into the kitchen.
“I didn’t have my ears cut off!”

“Sorry for shouting, Stanislav.”
“Have your legs grown back yet?”
She whispered.

“What the hell is going on outside!”
The sound of houses collapsing – the bin men.

Stanislav’s wife stared at him,
And turned southern black yorkshire.

“There ain’t nothing going on nowhere, Stanislav.”
“I’m taking those prosthetic limbs away.”
“Boy, am gonna turn ya from legless to mo’ legless.”