Subversify is happy to welcome KK-Rivers who is best summed up using a play on a John Le Carre title: Tinker, Artist, Mother, Spy. Her writing has landed in several publications in Chicago, including the Windy City Times and Southtown Star. A former editor of DIY:happy, she champions the cause of using trash to construct treasure – often creating jewelry, electronics, paintings, and other forms of art in the process, some of which can be intermittently found in her Etsy store, Steel Crucible. Her non-writing day job involves being a commercial spy (really, she even wears disguises), but she’s also had a myriad of jobs: skiptracer, SFX makeup artist, repo woman, clown. She is currently the Social Media Volunteer Coordinator for the National Coalition for Sexual Freedom. A native Chicagoan, her dirty bare-Roma-feet have skipped off to the wild yonder of Appalachia, where she currently resides in East Tennessee with her husband/partner-in-thoughtcrime, Rick, her homeschooled prodigious progeny, Dahlia, and her kitty, Pumpkin Bitey. Half of her family is vegetarian. She will continue writing endlessly, if you let her – evidence of this can be found on her blog, Radical Mom, Radical Kid. @dahliamama is where she tweets. 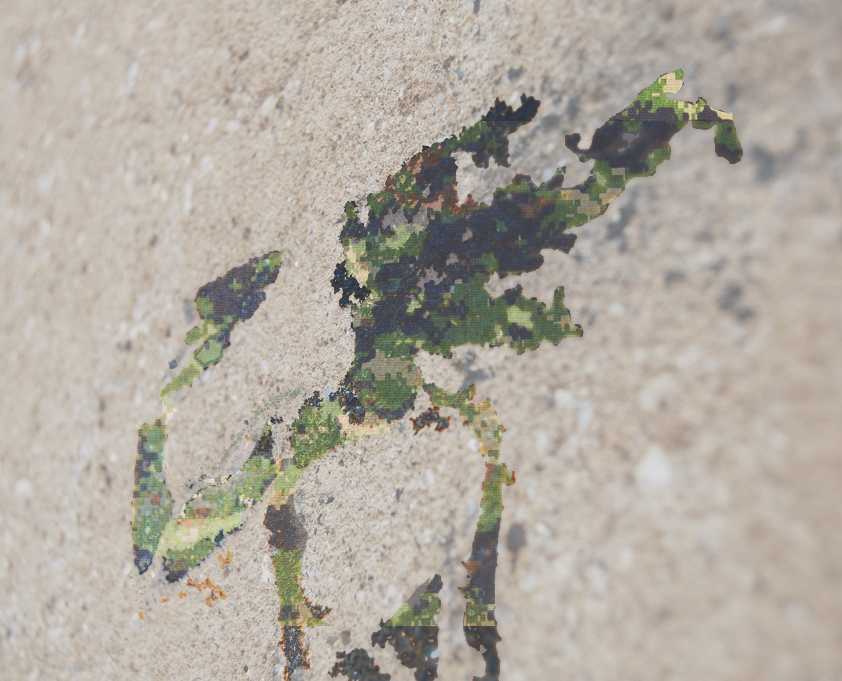 defied the determination of that car.

awaiting this fate to

protect her little lambs; their freedom.

leapt as a sacrifice, into the mouth of the metal beast,

perpetuating her legacy. “She

was a brave one, she

Fought for us all.”

which way do I go

a bleat and a smash.

and you call this: __ bravery?

Forgive me for only seeing

a sheep crossing the street.