I’m beginning to have doubts about Counter Punch. More precisely, I’m beginning to wonder whether the site is nothing more than a clearing house of articles, whose accuracy they don’t bother to check; prime candidates for false feeds and disinformation, actually.

In any case, I came across this article on Kenya’s impending implosion by someone who is, according to the blurb,
the most widely distributed independent journalist in Africa, living and reporting from Eritrea since 2006. 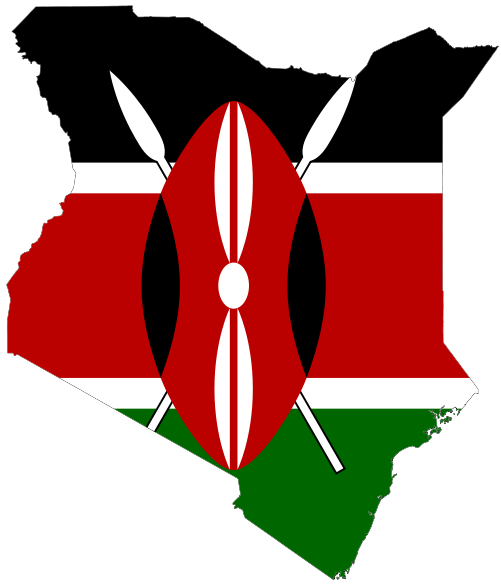 Well, I don’t know about that.

This amazingly badly-written article made me wince. If the author is actually a journalist, I pity his employers, not just because of his appalling grammar and writing style but because of his playing around with facts.

Let’s see this statement of his, which is basically the hinge on which his entire article revolves:

“Since independence Kenya has been ruled by an ethnic minority Kikuyu regime installed by the departing British colonialists. The spoils of power were hoarded by an elite amongst the new Kikuyu rulers and the much larger Luo tribe in the highlands has been left to scrape by on a few dollars a day per capita.”

Let’s see what the Wikipedia article on Kenyan demographics has to say on this matter:

So, the Kikuyu, while less than 20% of the population, actually are the largest ethnic group, and the Luo are not even in third position. If the Luo (and I have met many Luo over the years; I had many Luo friends in college and by the way, Barack Obama is half-Luo) are “much larger” it’s only by physical size. Like all Nilotic peoples, the Luos are very tall; the shortest male Luo I ever met was my height, and I am not a small man. The author of this article either assumes all non-Kikuyus are Luos, or else he’s making up facts, neither of which speaks well of him.

Then, even if we assume, for the sake of argument, that the Kikuyu are actually a despised minority, where does that get us? Will the other tribes of Kenya band together against them? There’s one factor about multi-tribal nations which have always made them easy prey for imperialists: they hate each other worse than they hate outsiders, so much so that they will accept domination by an outside group rather than cooperate with each other. I can tell you – again going by my personal knowledge of tribal groupings – that the tribes will never cooperate together.

But there’s a bit more to it than just good non-Kikuyus versus bad Kikuyus. Let’s look at Kenyan history, which back in the 1950s had a major armed rebellion against British rule, the Mau Mau insurgency. According to what is in the article, the logical conclusion would be that the non-Kikuyu would have rebelled against the British and the Kikuyu supported them.

The truth? Mau Mau was an insurgency carried out only by the Kikuyu. There’s an excellent book by Donald Barnett and Karari Njama (the latter a Mau Mau general), Mau Mau From Within, which explores the phenomenon of Mau Mau in some detail. Basically, the British policy was to compel Kenyan farmers to labour for them by expropriating their lands and making them destitute; but this provoked only Kikuyus into rebellion. Some people are simply more easily suppressed or co-opted than others; look how the Afghans have historically reacted to foreign occupation and compare it to how a few thousand British ruled three hundred million Indians for over a century for a comparison.

Yes, it was the despised, minority Kikuyus, coddled by the British, who rose in a desperate and hopeless rebellion, armed with homemade guns and spears. Not the oppressed majority of Kenyans.

Again, going back to the article:

“This weeks  (sic) assassination, apparently by a Kenyan police death squad, of a popular Kenyan Somali nationalist sheik known for his anti-USA (read “Al Queda (sic) linked terrorist(sic)) stance was a match that could well have lit the fuse leading to an explosion from amongst long oppressed Somali’s (sic) in northern Kenya with a series of demonstrations and armed attacks on the police still in progress... Today the mainly muslim (sic) population of the coastal region is almost unanimous in its desire for independence…”

From the Wikipedia article on demographics I cited above:

“Cushitic peoples form a small ethnic minority of about 2%, mostly represented by Oromo and Somali speakers.”

So, the Somalis in Kenya amount to less than 2% of the population – hardly a significant power bloc. As for the rest of Kenya’s Muslims,

“Arabs form a small but historically important minority ethnic group in Kenya. They are principally concentrated along the coast in cities such as Mombasa. A Muslim community, they primarily came from Oman and are engaged in trade.” [Ibid]

So, traders who have nothing ethnically or linguistically in common with the Somalis, but have everything to lose by a disturbance in the status quo, are supposed to join in a Muslim uprising? Really?

Then, the Kenyan army may well be brutal and corrupt, if one goes by the record of most African militaries. But, and this is important, it is not true that

“The USA instigated Kenya’s criminally foolhardy invasion of Somalia and has landed the Kenyan military, an ill-disciplined, brutal and corrupt band of uniformed hoodlums, in a quagmire that  is spreading the flames of rebellion through out (sic) Kenya’s north eastern Somali population.”

The nation which was actually instigated by the US into invading Somalia was Ethiopia, not Kenya; the Kenyans sent troops much later as part of an American-controlled and –encouraged multinational force, but were not complicit in the initial invasion of Somalia. It was Ethiopia’s quagmire, not Kenya’s. It’s like saying the invasion of Iraq was a Bulgarian operation, not American, just because the former sent a contingent of occupation forces.

Kenya may well implode, and that won’t be a pretty scene. But it will not implode due to the reasons given in this so-called article.

For more from Bill The Butcher visit his blogs @ http://bill-purkayastha.blogspot.com