Text and Photos By: Helios Molina

This article first appeared on our partner-site: Micmaq.net 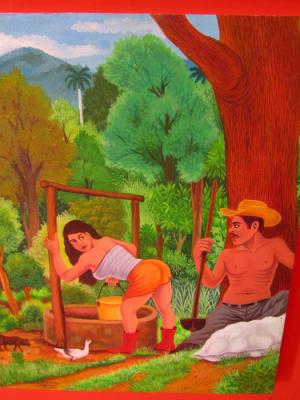 The Island of the Caribbean Sea 11 million inhabitants is still talking about her. Despite the harsh economic reality, disillusionment, suffering and daily hassles, Cuban does not lose the sense of humor and derision. The Havanese is that expressed more openly and without fear of the neighbor on the economy, the workforce, world politics, Haiti, etc.. Artists who do not fit into the mold and trying to be heard to express their mechanisms sometimes surreal way of a system of ideas or lack of short speed. The year 2011 is for all Cubans, accustomed to doing so, a period of great anxiety. Thousands of employees have more work in the month of January, prices will rise, taxes too. But on the horizon dismal. In the midst of these questions, the freethinkers, artists are rushing through a gap that can be closed. Poetry, film, electronic music, photographs show a face of a reality that censorship can no longer contain.

Micmag.net: You have a name of French origin?

Pavel Grouid: My ancestors arrived from Haiti fleeing the revolution advocated by Louverture. They settled in the eastern part of the island and established coffee plantations.

PG: That was after the film ” La edad of the peseta . ” This is, I suppose, because a young person is the main actor. Criticism was equated with ” 400 Blows “. This is curious because Truffaut was not a filmmaker who left me at my young age a good memory. When I saw this movie very young, I was bored.

M: Is there a real Cuban film? How many filmmakers stand?

PG: There is currently an explosion as elsewhere. Boys with their cameras amateurs are starting to show some interesting things … There is a director who is detached. This is Fernando Perez. But here there is no way to have an independent production. There is a potential to develop a film, but it must blow the narrow paths through which it passed. We must create new highways.

M: Who are the actors of the cinema world with whom you would like to run?

PG: If I told you I’d shoot with a powerful actor Javier Bardem. but Sean Penn and Daniel Day Lewis … I’d always have the player whose face appears when the script. I find it stupid to stretch the eyes of Meryl Streep that she has a role of Chinese while there in this world so many good Chinese actresses.

PG: Censorship affects all areas. Censorship is also that you imposed, the qu’établissent political power, religious power, power producers and this continues until the censorship of the market. I do not think the Cuban cinema is less censored. It is rather that the filmmakers are daring.

M: Do you leave these young Cuban artists who have traveled, saw what was happening abroad – and decided to return despite the problems in Cuba?

PG: Living in Cuba is difficult. But it was much more difficult to grow Tarzan in the jungle and play with young tigers. It can miss the oil the day I want to just fry an egg. It may also miss the egg. I can wash the head with a shampoo that causes dandruff me … a power outage can occur rapidly writing the final phase of my new script … but for me, it’s more important to have a space for creation. And this space, I conquered without being a communist activist, go in steps of fighters. Here, you know what I think because I say it all the time. I’m not talking in a low voice at me or with codes on the phone … There are those who wrote their best work in a narrow cell without seeing the light of day. In addition, do you know Cuban filmmaker who has made a remarkable work away from home?

M: Your next film?

PG: It must be ” El ACOMPAÑANTE “, a scenario which had a prize in 2010. But at the time of take off, the project fell apart. The ideal producer has not appeared. I have another project titled ” 7 balas “an easy project to produce. This year, my best movie is called Roman , he has one month and weighs ten pounds.

Alain Gutierrez, an eye that seeks his way.

Series of portraits, panorama of Cuban faces. An exhibition on the joyous theme ” Almendrones “photomontage interesting cars on aging Havana. trova The series is also motivating. Alain, journalist training takes care of photo montages of young artists who exhibit in a small street in Havana Vieja. ” I want out of sadness or decadence often expressed by local artists . ”

Photographer since 1990, René is one of the most famous contemporary artists abroad. He lived in the United States but refused to leave his island and definitely lacks the means to create (eg paper prints). René Peña de Jesus Gonzalez, born in Havana in 1957, is a work around the body, introspection acting on it “as a work support.” He said heavily influenced by the filmmaker Peter Greenaway (born in England in 1942). ” I started photographing me alone in my house . ” He is interested in the color of skin, painted body, disguises to thwart male and female roles. René can be seen in exhibitions in Spain, the United States and France. In Paris, several of his prints were auctioned off with a quotation from 2 500-3 000. Gallery Artraces to Vincennes (94) is a gallery that exhibits and sells his photographs.

Another great Cuban photographer of 49 years. This self-taught welder by profession, came up with the objective of everyday life in his country. Planks on the job, rum, religion, the field, the peasant world and his city, Havana. Sometimes clichés are approaching an approach anthropologist. Successive drawings on lifestyles. A terribly objective immersed in Cuban soul and suffering. The result is similar to a dive in French humanist photo even if the author does admit that some relatives.

Diplomat by training, TV host, journalist Info Armando hand to war in Angola for 17 months and is aware of the gap between the hierarchy, anti-globalization ideas advocated by the power and suffering people of Cuba. ” The 17 months of Angola seemed to me 17 centuries. It was a decisive experience in my life to understand Cuba. hunger I knew I lost 20kg in three months. returned, I spent six months in the hospital trying to treat hepatitis. I tell Cuban life in a social context and social context and reality shock here. I write without censorship. Most artists want to change and ignore the dinosaurs . ” Armando must be published in France soon. 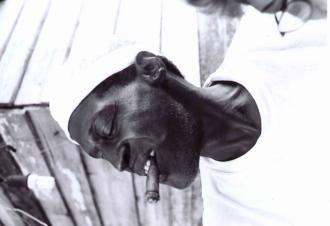 Young singer 31 years remarkable voice. Close to the American folk song, this young woman, born in Russia, sings and composes in English and Spanish. Poetry, swing in her voice, Arema passes a remarkable authenticity and interpretation only when accompanied by the guitar. She ventured to experiment with electronic music success. “Small, I already felt different. I started painting. I started painting in the people around me ballet. I was 19 years attracted jazz. Along j ‘ I learned music illustrator while working around celebrities. ” At age 23, Arema gives birth to a child. She feels attracted by its vintage look and the 80s in Cuba as an incomparable artistic explosion. Until now, Arema has not recorded CD. Micmag.net makes you listen premiere talent.

Helios Molina-Journey to the heart of youth in the margin.