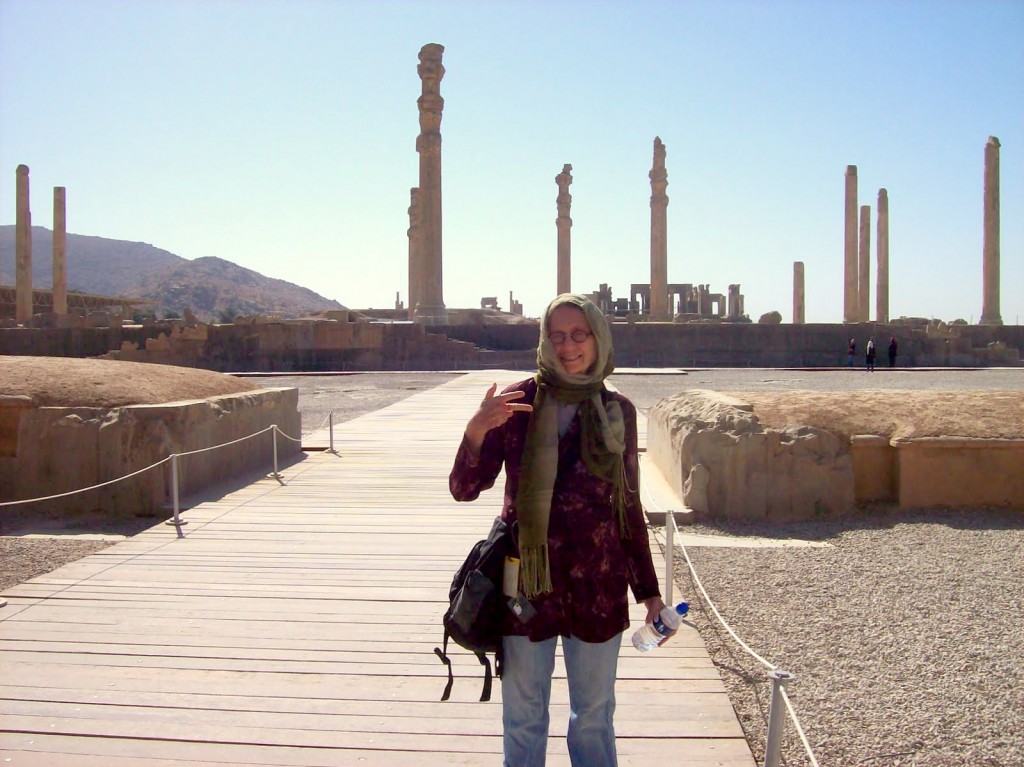 [Author’s note: For the wiser of us, this article may appear to be a satire but for the rest of us, a war on Iran might actually seem more like a macho wet-dream come true — once again confirming Plato’s most excellent cave theory…]

Let’s put our money where our mouth is, stop constantly blathering on about how desperately we want to launch a war on Iran — and just do it.  I’m bored with life anyway — and there’s really not much else going on between now and when the next season of “Survivor” starts up.

Almost all of the Republican presidential candidates this year seem to be rabidly in favor of a war on Iran (except, of course, for Ron Paul — but he’s never given any media airtime so he doesn’t count).  So let’s vote for Romney or Gingrich or Santorum or that GOP wannabe Obama or Perry or whoever.  I’m tired of just playing video-game wars and watching war movies.  I want to see the real thing.  Again.

Republicans, GOP wannabes and their corporatist buddies on Wall Street already have an excellent “make-a-war” track record.  They’ve already gotten us into that bloody, expensive and deadly war on Iraq, that terrible, unnecessary and grisly war on Afghanistan, and that truly weird war on Libya wherein Al Qaeda was actually our ally.

When it comes to starting exciting-but-disastrous wars, Republicans and corporatists have turned out to be real pros.  So, pretty pleeze, give these cool-crazy dudes yet another shot at getting us into yet another meaningless, expensive and bloody war — this time a war on Iran.  I can hardly wait!  How exciting is that!

Do you ever watch TrueBlood on TV?  And don’tcha just love it when they stage their vampire wars?  Lots of carnage, lots of blood.  Very entertaining.  But a war on Iran would be even better — another American vampire war on the Middle East, only ours are fought with real blood. 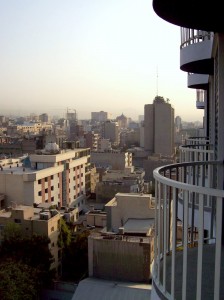 Go ahead, guys.  Get this war started.  Entertain me.

And when things go awry like they always do during wartime, then you and me will probably be dead too — after corporatist vampires start sucking blood from us as well as from Arabs and Persians.  Go ahead, bite me!

Can’t you just hardly wait for this next war to start?

And it looks like we’re not gonna have to wait very long either.

According to WhiteOut Press http://www.whiteoutpress.com/articles/q12012/us-troops-going-to-israel483/, “In one of the most blacked-out stories in America right now, the US military is preparing to send thousands of US troops, along with US Naval anti-missile ships and accompanying support personnel, to Israel.”  U.S. boots on the ground in Israel?  What?  Now all of a sudden the IDF isn’t good enough for Ehud Barak and he wants our boys over there too?

The poor enslaved Palestinians have already been subjugated and subdued by the IDF to the point of embarrassment (it’s getting harder and harder these days for Israeli corporatists to pretend that Israel is in danger — or even a democracy or even barely Jewish).  So obviously our troops won’t be needed to enslave more Palestinians or steal more of their land.  That’s already a done deal.  So perhaps this sudden need for U.S. missiles and U.S. troops on the ground indicates that our Ehud might want Washington’s help in enslaving and subduing Iran as well — turning it into yet another open-air prison like Gaza.

According to Israeli journalist Uri Avnery, however, that’s never going to happen and we’re all gonna end up with a swamp of a war instead — because if America and Israel do attack, then Iran will simply block the Strait of Hormuz, and there’s not much that even American vampires can do about that.

“Still the Iranian missiles will come in,” writes Avnery, “making passage through the strait impossible.  What next?  There will be no alternative to ‘boots on the ground’.  The  US army will have to land on the shore and occupy all the territory  from which missiles can be effectively launched.  That would be a major operation.  Fierce Iranian resistance must be expected, judging from the  experience of the eight-year Iraqi-Iranian war.  The oil wells in  neighboring Saudi Arabia and the other Gulf states will also be hit.  Such a war would go far beyond the dimensions of the  American invasions of Iraq or Afghanistan, perhaps even of Vietnam.”  http://zope.gush-shalom.org/home/en/channels/avnery/1325859818/ 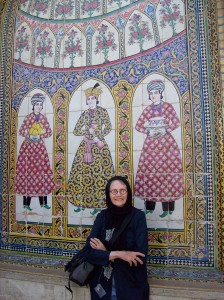 Oh goody!  Now Europe wants to get in on the action too!  Now we’ll all die for sure as the war on Iran begins to expand and sweep across the rest of the Middle East, Israel AND Europe — and then possibly on to America as well, probably leaving only those One Percent guys alive in their bunkers and in an excellent position to snatch up whatever pieces of prime real estate that are still left standing.

And I’ll have my own piece of prime real estate too — the plot next to my parents at Skylawn.  Face it, guys.  I always wanted to be a zombie — and here’s my big chance!  Grateful dead, move on over.

“But Jane,” you might ask, “why are you being so pessimistic?  All those experts are wrong and the Repubs are right.  America can easily win a war on Iran.”  Nope, nope, nope.  Iran is not just some camel-driven economy that is barely out of the stone age.  Tehran is as civilized as Paris or Rome.  I’ve been there, I’ve seen the place.  It’s got the internet and traffic gridlock and everything.  It’s even got Gucci, Benneton and Calvin Klein!   http://jpstillwater.blogspot.com/2011/01/iran-vs.html

Iran also has at least 20 submarines and all kinds of missiles.  Should America or Israel attack Iran, there would definitely be a hot time in the old town tonight.  And not just in Tehran — but probably in Tel Aviv, Paris, London and perhaps even Washington DC as well.  Get out the marshmallows, folks!  This war will definitely heat up.  We’re good to go.

According to Global Research at http://www.globalresearch.ca/index.php?context=va&aid=28511, “The Iranian defense has the capability to sink not one, but many US Naval ships currently flexing their muscles on the periphery of Iranian territorial waters.   Such an event would register with shock and horror in the US public mind, but worse, may be used by Washington hawks to justify a revenge nuclear strike against Iranian civilians.  Both Washington and Tel Aviv have already raised the talking point of deploying ‘tactical nukes’ against Iran….

“Any nuclear conflagration by the US or Israel would most certainly result in a global backlash against the West – at its worst acting as a procession into the hot stages of World War III – or at its very least, re-balkanizing the geopolitical scene into a New Cold War, with the West on one side and Iran, China, Pakistan, and Russia on the other.”

Barbeque time?  Oh yeah.  We might even end up being able to roast hot dogs 24/7 almost anywhere in the whole world — or be dead.

PS:  I recently saw a really excellent movie (here’s a review of it: http://www.ebertpresents.com/movies/a-dangerous-method/videos/338) about Freud and Jung and Jung’s mistress, Kiera Knightly — and they all got together and talked about Eros and Thanatos and the human mind’s bizarre attraction to death.  Hey,  I’m attracted to death too!  Death is sexy as hell.   But I’m obviously not the only one that is attracted to death.  Apparently our so-called leaders in Washington are too.

Love or Death?  “TrueBlood” or “Survivor”?  I’m sort of kinky that way — bored of living — so I think that I’ll go with TrueBlood.

Which one will you chose?

Jane Stillwater- When it comes to starting exciting-but-disastrous wars, Republican and corporatists have turned out to be real pros. So, pretty pleeze, give these cool-crazy dudes yet another shot at getting us into yet another meaningless, expensive war.

An Old Woman of the Roads…..

“The Fabric of America”-The Truth About Homeless Shelters