The Super Bowl, the Tebow Ad, and the Unvarnished Truth 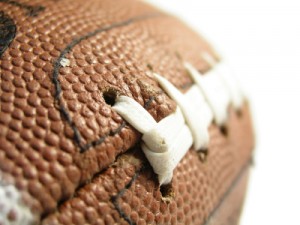 While most of us were interested in either the game or the halftime performance of what’s left of The Who, the presence of a Focus On The Family-sponsored Super-Bowl advertisement against abortion featuring Heisman Trophy-winner Tim Tebow didn’t escape my attention.

As with much from the Religious Right, the ad was full of half-truths and a whole lot of dogma. What matters isn’t what was said – but what they didn’t say.

The moral statement of the Tebow ad was “Tim Tebow exists because his mother had the courage not to take a physician’s recommendation, and instead relied on prayer and the ‘power of God’, and said ‘yes’ to life and ‘no’ to abortion.” (They don’t address a nagging bit of fact – that abortion is illegal in the Philippines; as such, it’s doutful a local physician would have recommended the procedure).

Pam Tebow and her husband Bob were missionaries in the Philippines (where they run a religious compound and orphanage in a largely Muslim part of the country) when she contracted amoebic dysentery and was prescribed some serious medication. In the process, her fetus was damaged; the doctors diagnosed something called ‘placental abruption’ – where the placenta is actually detached. When this happens, the fetus dies. They recommended abortion as the best course – because continuing the pregnancy would, in most similar cases, have ended with Pam’s death as well.

In the Tebow’s case, the diagnosing physician was wrong.

Of course, the Tebow’s gave all the credit to ‘god’, stating that prayer ‘healed’ the condition.

The truth of the matter is that the Tebow’s situation was blind dumb luck – and nothing more than that. Placental abruption is rare – and misdiagnosis of same is even more rare, placing Pam Tebow in a position, some 23 years later, to make an advertisement sponsored by one of the wealthiest religious organizations on the planet, telling everyone that if they ignore their physicians and call on ‘god’, everything will work out fine.

There are no statistics on the number of women who’ve done just that in similar circumstances – but the death statistics regarding women who’ve endured placental abruption with no medical care indicate that most of them don’t have the ‘miracle’ which Pam Tebow experienced.  The sad and unvarnished truth is that there are no ‘miracles’ in these cases – the mothers (along with the fetuses) simply wind up dead.

Spending nearly $3 million dollars to tell the world that ignoring a physician’s diagnosis is a ‘miracle’ is charlatanism on a grand scale, and the entire Tebow family (Bob included) are accomplices grande.

Bob Tebow’s wife and son view life the same way. It’s not surprising they did the ad. After all – every preacher needs an audience, and a look at Bob Tebow’s website will convince you that he’s a Fundie on a serious mission.

It was an end – and a means – and a cautionary tale, at least for those of us who paid attention.

W.D. Noble –
Spending nearly $3 million dollars to tell the world that ignoring a physician’s diagnosis is charlatanism on a grand scale