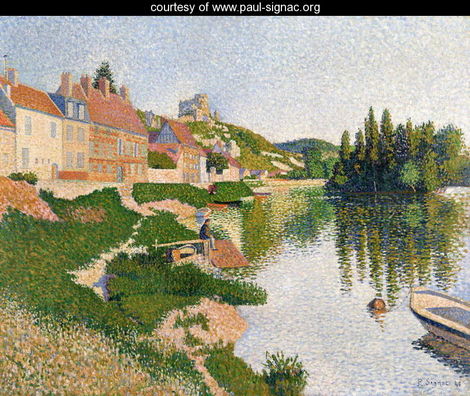 By:  Bill the Butcher

In the last light of the evening, the woman goes down to the lake shore. Every evening, she takes this route down to the shore and looks out over the darkling water.

She is elderly now, her frame squat and heavy, her small eyes heavy-lidded and her speech and movements slow. She worries in autumn about the pains in her joints the cold will bring, and in the summer she worries about the food she must lay in for the winter. And most of all she worries about being alone. That is her one great fear – loneliness.

“Each day,” she murmurs, “there are fewer of us.” Once the lake was full of life, but that is too long ago to think about. “Soon,” she says, “I will be the only one.”

She sees a man come along the path, dragging a large branch along for firewood. She knows him vaguely, and nods. He glances at her out of the corner of his eye, contemptuously. The tips of the twigs of the branch he’s dragging scrape across her toes.

“Tomorrow,” she thinks, staring at his back, “he, too, will be gone.” She can’t say how she knows this, but she knows it. Tomorrow this man will have gone as well, and the lake will be emptier than ever, and in her heart she can’t find it to blame him for his rudeness.

“I really must go across the lake,” the woman thinks, looking at the far shore and trying not to remember her younger days. “I must go, and meet for one last time those on that side who will be going soon, and whom I shall never meet again.” She thinks of the young couple she had seen, the couple who had been laughing and kissing on the grassy bank of the lake, just a month or two ago now. Maybe that couple has gone already. If not, they will go, and not together, either. They have all gone separately, after all, including her children. Nobody is left.

It is dark now, and the first stars come out, pricking the black sky with points of light. The stars shine on the lake too, as the lights of houses used to shine once. The stars in the lake shift and ripple as the water rises and falls.

“One day perhaps,” thinks the old woman suddenly, “I shall go too.” This has not occurred to her before. It is a strange and frightening thought, and she wants to push it away to the back of her mind, and at the same time catch hold of it and examine it and dissect its implications. “Perhaps tomorrow I shall go, and the man there with the branch will be here, and then he will go as well.”

She turns away from the lake, which is suddenly an alien place, frightening and heaving in the starlight, like an unquiet sleeper. She stops just for one moment, for one last look over her shoulder at the water.

Something splashes far out towards the middle of the lake, and there comes a noise, a gasp and a splash. The woman turns quickly, trying to see, but whatever it is, it’s gone. The stars rise and fall on distant expanding ripples on the water.

“Something…” and there comes an echo from the hidden caverns of her memory. “Something there,” she says, looking.

And then it comes again, closer, nearer to her now, the starlight catching the breaking water and the smooth bulge of forehead and the long toothed beak. The animal gasps in the night air, and is gone again, only a puff of dissipating vapour to mark its passing.

The woman scrambles down to the water and kneels by its edge, heedless of the ooze of mud on her knees. “Baiji?,” she asks. “Baiji, is that you?”

The evening breeze ruffles the water, and the night is getting darker, and still the woman kneels in the mud, desperate, waiting. “Baiji,” she says. “River princess, is that you? Have you come back, after all these decades? Are you then home again?”

As if in answer, the dolphin rises again, so close that she might almost have reached out and touched it. It lingers a moment on the water surface, its long beak and small head moving, and then it breathes and its smooth humped back slides under the water and it is gone.

“Baiji,” murmurs the woman. She climbs stiffly to her feet. “River princess,” she says. “I don’t know where you have been all these years, but you have chosen to return. If going away is the price I have to pay for your return, then I will pay it gladly, River princess. When the old seasons turn new, if you are here, that is all I need to be here again – wherever I may go.”

The wind ruffles the leaves of the trees, and the banks of the lake lie deserted, and the stars wheel by overhead on their inscrutable courses.

Out on the water, the dolphin broaches again.

(Note: the Baiji, the Yangtze river dolphin, has been functionally extinct since 2006, which means that if it still exists, there are too few individuals left to form a reproducing population.)

Bill the Butcher –
When the old seasons turn new, if you are here, that is all I need to be here again

The Super Bowl, the Tebow Ad, and the Unvarnished Truth