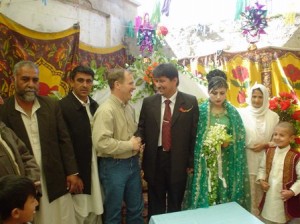 If you are a shopaholic, you “trade up” from the Dollar Tree to WalMart to Saks Fifth Avenue.

If you are a wingnut, you “trade up” from Edward R. Morrow and Walter Conkrite to Rush Limbaugh and Fox News.

If you are a man, you keep your eyes out for possible trophy wives.  And if you are a woman, you try to “marry up”.

But what happens to all those poor nerdy schmucks like me who only want freedom, justice, world peace and the human race’s evolution away from hatred and war?  We get belittled and snubbed.   “You buy your clothes at the Salvation Army, drive a hooptie, fight global climate change and speak to Black people who haven’t graduated from Harvard?  You want to save the whales?  LOSER!  Eeuuww.”

If the really big players in America’s real national pastime had been around 2000 years ago, they would have “traded up” from Jesus post haste.  “Good grief,” they would say.  “The man is a CARPENTER, for Christsake.”

Here’s a typical American “trading up” story that could have happened in your neighborhood (and probably did):  An idealistic but rather low-income woman had a daughter who spent her whole life “trading up” — both economically and socially.  Even at an early age, she began to think up more and more excuses not to be seen with her lower-income mom.  This daughter spent her entire childhood and adolescence cultivating friendships with rich people’s kids; spent her 20s scheming on how to talk her mother into giving her the family’s pitiful little inheritance when her grandfather died and keeping her mother away from the daughter’s daughter in case her mother’s idealistic influences might rub off; and then spent her 30s “marrying up”.  Now this daughter is really happy and busy living the American dream — but didn’t even invite her own mother to her (most recent) wedding.

And here’s a typical American “trading up” story that could have happened on the national level (and probably did):  The son of a U.S. president wanted to “trade up” to the position of president himself — so he cheated on his election (in America today, “trading up” seems to justify anything).  And once in office, he outright lied about a multitude of things in order to start some wars that took the lives of well over a million foreigners and over 9,000 Americans.  But can you blame him though?  He was trying to “trade up,” which is an admirable goal.

And then just before his term of office expired, this guy apparently okayed the Gaza atrocities.   Why not?  Who would mind a thousand or so extra dead Palestinians?  After all, his friends in charge of the bombings wanted to “trade up” too.  And “trading up” is the best justification there is — even if various bloody body parts of children are involved.

What worries me most about this former “president” is that no one has heard anything about George W. Bush’s efforts to “trade up” lately.  That’s scaring me.  The man is a trader at heart, and the fact that we haven’t heard anything about his trading activities lately is just plain scary.  But maybe he’s just on the down-low right now, busy “trading up” with the devil for the best place in Hell.

And here’s another aspect of our “trading up” national pastime that really bothers me.  Does having a conscience or having spiritual money-in-the-bank count for anything at all in America right now?  “No.”  Yikes!

Being a good person used to be a very important American national pastime — but not any more.  Most of us have already let morality slide in favor of playing the “trading up” game.  And as for the rest of us — those of us who still keep trying to play according to the rules of old-fashioned morality?  We are delegitmized, avoided and laughed at — and sent down to the minor leagues.