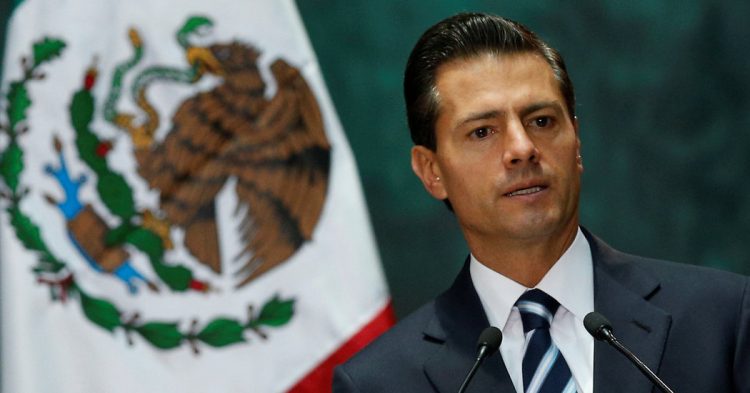 It’s been a good marriage.  The contractual agreement between NAFTA and the EPA have kept a smoothly running supply of exports and imports between the US and Mexico, along with an adaptation to higher environmental standards for industries.  But now, the US wants a divorce.  President Trump has spoken long and earnestly about his desires to dissolve the two agencies that have brought about an international accord.

The Good, the Bad and the Ugly About NAFTA

Like most marriages, the agreement between Mexico and the US has had some rocky spots.  With a lower minimum wage, fewer benefits to pay out to its workers and more relaxed safety standards, Mexico has managed to woo and win a number of US companies, principally in manufacturing.  In return however, Mexico has become reliant on US suppliers for staple items such as gasoline and corn. 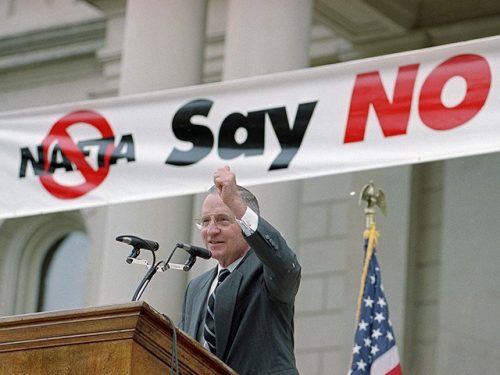 Along with NAFTA, Mexico signed the North American Agreement for Environmental Cooperation, a significant step for a country that has been plagued with unsanitary waste disposal, polluted waterways and over-development in ecologically sensitive areas.  The concern was that without an environmental framework in place, industries would choose to build where there were no environmental safety regulations.  Within the last two decades, Mexico City, one of the largest cities in the world, has become a working model for large-scale environmental management.

What NAFTA Failed to Address 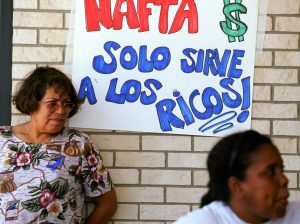 NAFTA has been good for small and medium sized businesses extending their entrepreneurship into foreign countries.  The trade agreement has allowed a wide variety of affordable products for mainstream consumers.  It has enabled farmers in Mexico to grow more variety in their crops.  The one area where it has failed is in protecting the worker.

NAFTA was created essentially for corporations to deliver goods and services without having to jump through a million loop holes.  In the practical sense, corporations are going to settle where labor costs are cheapest.  This drives down the value of labor across the board.

Mexican workers are no more pleased with devalued labor than US workers.  Their fight for improved working conditions and fair labor practices has been as long and hard as US union fighters during the industrial age.  Many grumble over the take-over of fast food franchises and corporate chain department stores that have replaced their traditional market stalls.  They feel that they’ve lost their self-sufficiency by buying into US agriculture and livestock, and that it’s unwise to invest in US oil.  NAFTA may have reshaped their environmental policy and stabilized their economy, which began plummeting in 1980 nearly to the point of no return by 1990, but it has nearly cost them their culture and worker living conditions haven’t greatly improved. 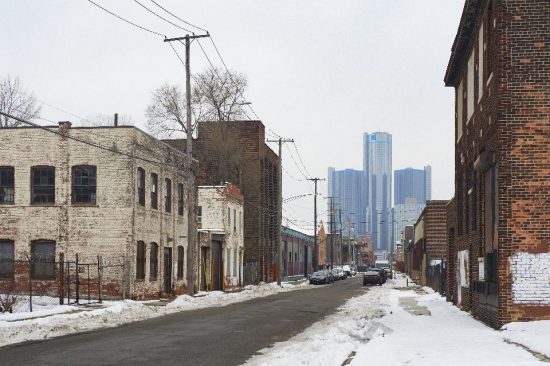 Much of President Trump’s support group is among the “rust belt”; a somewhat dreary and stagnating America that once owed its economic vigor to manufacturing.  The visual evidence of declining jobs is hard to ignore in the number of companies that have uprooted and moved to Mexico, particularly in the automotive industry.

An estimated five million factory jobs have been lost since the 1994 agreement, but only about fifteen percent were due to migrating US industry.  The majority of losses have been due to automation.  There are still manufacturing jobs, but employees are expected to have a background in technical applications.

With or without the 20% tariff proposed by President Trump, the march into Mexico for cheap labor may be coming to an end for companies that want loyal, experienced and dedicated workers.  Impoverished Mexican laborers often “job hop”, looking for factories that offer better wages and working conditions. Automobile companies such as Ford and Chrysler have voiced frustration with finding qualified workers who will remain and develop their skill sets.

The Indirect Effects of NAFTA

NAFTA has done nothing to improve the quality of life for Mexican laborers, but it has provided a boost for Mexican businesses, which has a trickle-down effect on its close- knit society.  The Mexican peso depreciated seven percent as soon as Trump went into office as investors placed their bets that his pledge to narrow the trade deficit would upset Mexico’s economy.

The US presidential announcement was untimely for Mexican President Pena Nieto.  A member of the conservative party PRI (Institutional Revolutionary Party), an unfavorable trade agreement with the United States could lead to the election of the left-swinging PRD (Party of the Democratic Revolution) candidate, Andres Manuel Lopez Obrador, representative of the worker’s party and the citizen’s movement.  Currently, Nieto’s popularity is at a 17% all time low approval rating.

There had already been criticism surrounding Prieto, who has made a number of concessions to the United States concerning border policies and refugee problems.  As the election year approaches, the soft line president has had to get tough.  It’s not only NAFTA that’s on the bargaining table.  Prieto’s cabinet is expressing grave concern over a proposal to separate migrant children from their parents at the border.  Stated Foreign Relations Minister, Luis Videgaray, they rejected a US proposal to deport undocumented immigrants from other countries into Mexico, stating the nation had the right to decide who enters their territories.

When You Throw Stones at Your Neighbors

Mexico is not without its ability to retaliate.  What happens at its borders affects the United States.  There have been rumors that Mexico will relax its patrol of both its northern and southern boundaries, making it easier for Central American refugees to gain access into the US.

As a significant reminder as to why we need environmental protection cooperation, a recent break in a Tijuana River sewage pipe sent 143 million gallons of raw sewage into the Tijuana River with a path so wide, it polluted beaches in San Diego County.  It was the largest event of that kind in two decades. 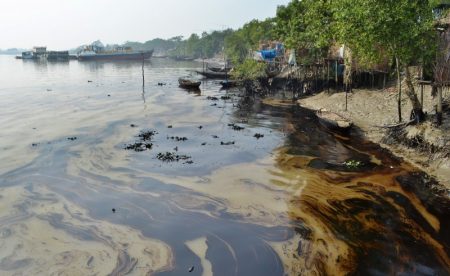 There has been some speculation the toxic discharge that occurred February sixth was deliberate as Mexican authorities did not notify San Diego of the incident, which would have at least given them time to prepare, nor have they responded to inquires as to how it happened or what was being done to contain it.

A change in US policies with Mexico could easily result in retaliatory restrictions on US businesses, and tighter controls over US tourism and residential sectors.  Already, the country is dangling its tropical fruits and beaches in front of China as it looks for a better bargaining partner than the US for products and services.

This shift could bring it into alignment with Nicaragua, already soliciting China’s assistance, or other Central American countries that are radically changing their alliances or standing firm as an independent voice.

Rumors aren’t facts, only illustrations of the possibilities concerning what Mexico can do to make to make the United States feel more uncomfortable with its current political position.  NAFTA doesn’t truly affect the Mexican worker, only the stability of the Mexican peso, but the United States is not the only country with which Mexico can have prosperous trade connections.  In fact, a failed trade agreement between the US and Mexico could actually be beneficial to the Mexican workers as Obrador is the leader of the worker’s party and citizen’s movement.  His election could mean changes in workers’ salaries and benefits resulting in a higher minimum wage and greater regulatory controls for worker safety.

Far more at risk are the diplomatic relations concerning immigration and solutions for the refugee problem.  Without Mexican cooperation, it will be more difficult to control the number of Latin American immigrants illegally crossing into US borders.

Legally, the US cannot force Mexico to patrol its borders or accept illegal immigrants from other 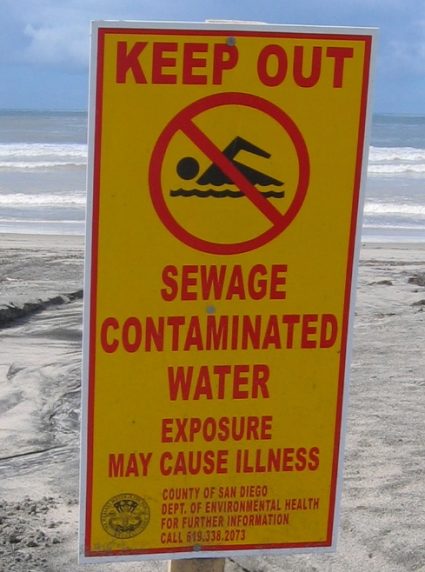 countries who have found their way into the US.  It cannot force Mexico to comply with environmental standards.  The best that it can do is put its grievances on the table and listen while the Mexican government presents its side.  The best that it can do is to remember that Mexico’s president is a duly elected one with the duty of representing his people.  He has complied with the United States to the extent that he is no longer popular among the citizens and now must make some hard choices in response to their demands.

Mexican relations are running sour over immigration policies, not NAFTA.

Is Donald Trump an Atheist?