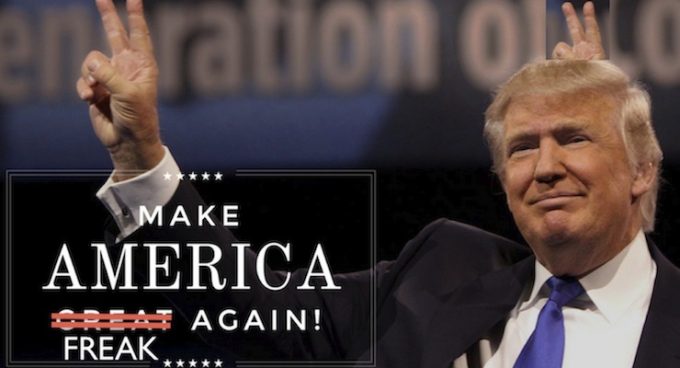 In his first month of office, President Trump has stirred up more conspiracy theories since the spy versus spy years of the 1960’s-1870’s.  Some of the theories concern party suspicions of what the opposition is doing to undermine President Trump’s actions.  The opposition have their theories on what the President is doing to undermine the country.  In between we have the President’s loyal supporters assuring us things will get better in the long run and the rest of the public who find at least one or two of his new policies disturbing, if not blatantly unconstitutional.

The Dummying Down Conspiracy 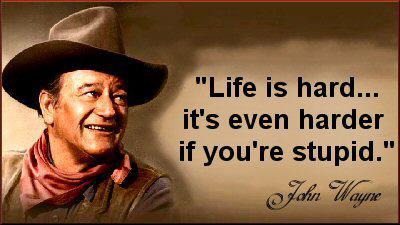 America has a race problem.  Acceptance of racial stereotyping is usually blamed on ignorance, which isn’t really an affordable character trait for a modern day, US President.  The United States is a world leader and has the responsibility of representing itself in front of the world as well informed and equitable. The world seems to be in disagreement with Trump’s information.

The observations of Steve Bannon, President Trump’s most influential advisor in international affairs, surprised scientists and scholars involved in genealogical research when he stated (in reference to Muslim immigration) “These are not Jeffersonian democrats   These are not people with thousands of years of democracy in their DNA coming up here.”

It also came as a surprise to many to learn that Frederick Douglass is still alive.  It was thoughtful of the President to mention this early abolitionist and campaigner for human rights during Black History month, although it’s not so clear whether or not Trump was familiar with Frederick Douglass’ history.  To the crowd of listeners, he said, “I am very proud now that we have a museum on the National Mall where people can learn about Reverend King, so many other things, Frederick Douglass is an example of somebody who’s done an amazing job and is getting recognized more and more, I notice. Harriet Tubman, Rosa Parks, and millions more black Americans who made America what it is today. Big impact.”

The Death of Science Conspiracy 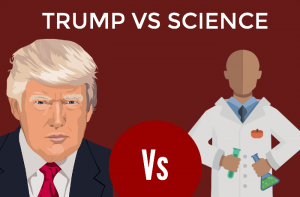 The Science Community has been feeling anxieties over the Trump administration.  The departments of Commerce and Energy would see major reductions in funding under Trump’s proposal, with  cuts applied to research in nuclear physics and advanced scientific computing and eliminating the Office of Energy Efficiency and Renewable Energy.

At risk, is the Environmental Protection Agency.  Just three days before the environmental conference in Alaska, where the effects of climate change and the problems that come with it are the most evident, EPA was advised by the White House to slash the number of specialists who could attend.  The annual gathering brings together 1,800 people from Native communities, government agencies and the public to discuss climate issues, including melting permafrost and villages at risk from rising seas. 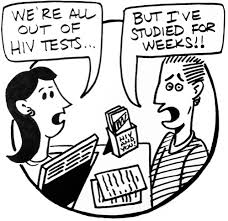 Trump has been as unconcerned about science as he has about history.  He gagged researchers with the Department of Agriculture, repeatedly questioned the safety of proven vaccines, and has yet to name a science adviser.  Feeling a life-time of study rattling loose from under their feet, many scientists are packing up their data for removal to a safer location.  Others are talking about affirmative action; involving scientists in politics.

This would be an unprecedented move for a group that prefers not to get involved in politics at all, but when politics aren’t getting involved with science, something radical needs to be done. The newly formed group called 314 Action   has one goal; getting scientists elected to office.

If the United States continues along its present course, it could become an isolationist country.  His anti-refugee actions have served to alienate four of America’s lead trade partners.  Even England, supportive in nearly every US overseas policies, has expressed a moral outrage.  John Bercow, leader of the House of Commons, cancelled President Trump’s visit to the Parliament.  To thunderous applause, he told his audience addressing Parliament was an “earned honor” and not an invitation that came automatically with a state visit. 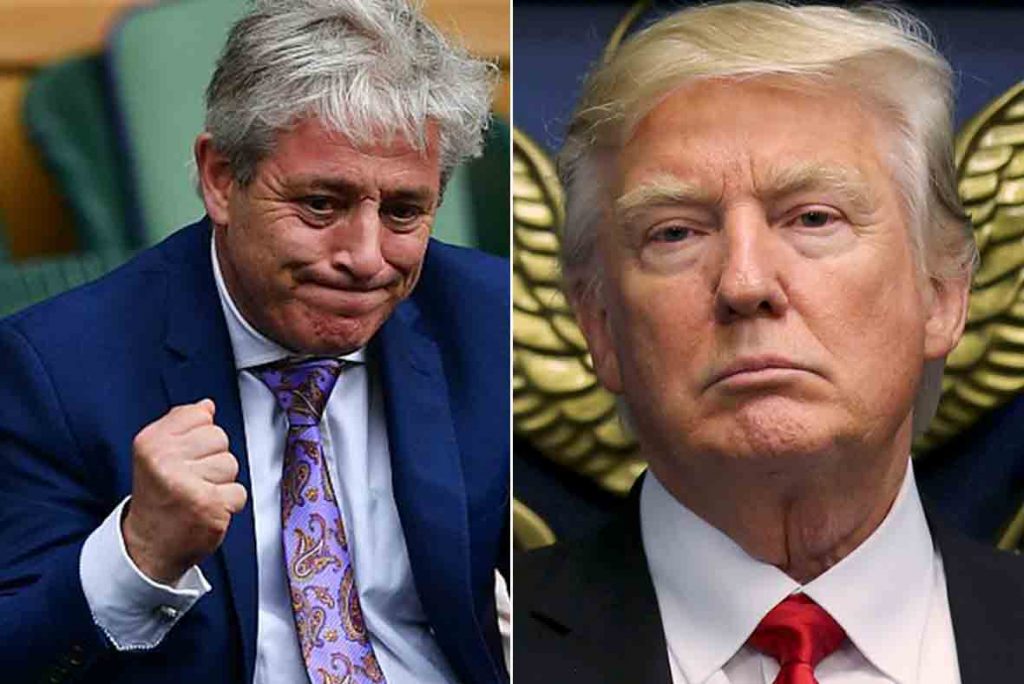 His proposal to make Mexico pay for a wall by placing a tariffs on imported goods only caused Mexico to start casting its eyes toward China as a more economically suitable business partner.  Nor did the Latin American citizens react very gratefully when Trump suggested the United States should send in law enforcement agents to help take care of Mexico’s drug problem. 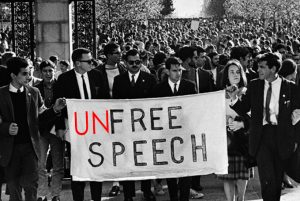 Freedom of speech and freedom of press are essential components to the Bill of Rights.  They allow us to discover ourselves and others and to weigh the truthfulness in opposing views.  Typically, the press will be biased in accordance with their political philosophy.  Coverage will reflect favorably toward their party loyalties, but a conscientious press always bases its coverage on documented facts.

Beginning with his inauguration, President Trump has insisted the press has been delivering false news to the public by minimizing the number of supporters who came out to celebrate and their coverage of a simultaneous woman’s rights protest.

Even Bill O’Reilly, a staunch Republican and reporter for FOX News, faltered a little during a taped interview with President Trump made just before the Super Bowl Game.  After stating he wasn’t sure he could get along with Russia but would like to try as he believed Putin could help fight terrorism and the Islamic State, O’Reilly commented, “He’s a killer.  Putin’s a killer.” 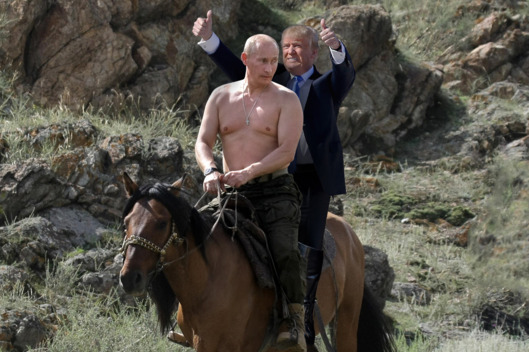 Upon questioning, Trump also defended his claim concerning three million undocumented immigrants voting in the election.  “Many people have come out and said I’m right,” he told O’Reilly.  “You know that”.

O’Reilly answered, “I know, but you’ve gotta have data to back it up.”

Probably for the first time in modern history, President Trump has accused citizens of not allowing free speech to a government representative.  Normally the issue is the other way around, but targeting Berkeley, with a large majority of its population favoring sanctuary to refugees and immigrants, was sort of like sending a Ku Klux Klan leader into the middle of black, poverty level neighborhood, to give a speech.  The welcome wagon just wouldn’t be there.  It almost seems it was a deliberate conspiracy to paint himself a victim. 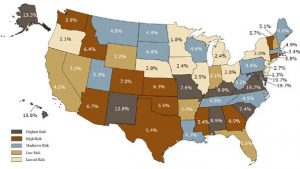 President Trump’s first month in office have turned keyboards into smoke signals, frantically striving to absorb the shock waves of change, but the criticisms haven’t been adamantly more fervent than they were when former President O’bama implemented policies that began with a bail-out to the banks as a means of stabilizing a country rocking from the housing bubble burst.

For those who like to compartmentalize, there has been something for everyone in his sweeping statement of reform.  For the xenophobic, the immigration restrictions and the proposal to build a wall along the US/Mexican border is a welcome solution to cultural differences.  For those who feel charitable organizations should not receive federal funding, cutting federal support for programs like public broadcasting and Planned Parenthood also comes as a relief, even among a few who work for one of these public services but feel restricted in their efforts to do good under federal guidelines.

There should even be some satisfaction for those who have felt that Russia’s President Putin has been a far more diplomatic states person than the US President, since Trump seems to view him with such warm regard.

Yet to those scrutinizing the big picture, Trump’s proposals and first official actions as a President, are sending code red to the alarm system of US solvency.  The federal departments he would dissolve would affect thousands of employees, lose millions of dollars in research and revenue and place the environmental fate of a nation in the hands of developers.  The border laws he proposes would cause a major disruption with trade, and quite possibly bring China to our back door as Mexico looks for a more agreeable partner.  It’s beginning to look more and more like making America great again means erasing everything on the chalkboard and starting over. 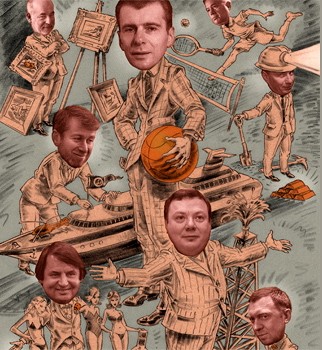 Anonymous went to war against Trump, alleging he had personal ties with Russian mobsters, child traffickers and money launderers.

While there has been no evidence to date that he dabbled in the steamier side of life, there is plenty of proof he caters to and rubs shoulders with the Russian Oligarch.  Trump and his family members have made numerous trips to Russia since the 1980’s, mingling with the most elite of Russian society, in search of business opportunities.

Trump’s real estate portfolio advertises itself as the world’s only global luxury real estate brand.  His first month in office has seemed more of an effort to minimize the power of the people by minimizing federally funded public services, public education, discrediting the voices of science and accusing the press of delivering false news, than of stimulating the economy and governing for the greater good of society. 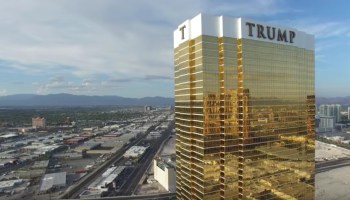 A weakened economy, a divided people, an isolationist country devoid of the safety valves placed by science and public education, is prime real estate for an oligarch concerned only with greater luxuries.  Because we are a democracy, in the end, it’s the voice of the people who will make the final decision on how we handle our internal and external affairs, but only if that voice is united.  Until we come to a common agreement, we’re anybody’s game.

In his first month of office, President Trump has stirred up more conspiracy theories than the 1960’s. It’s time to question his motives.