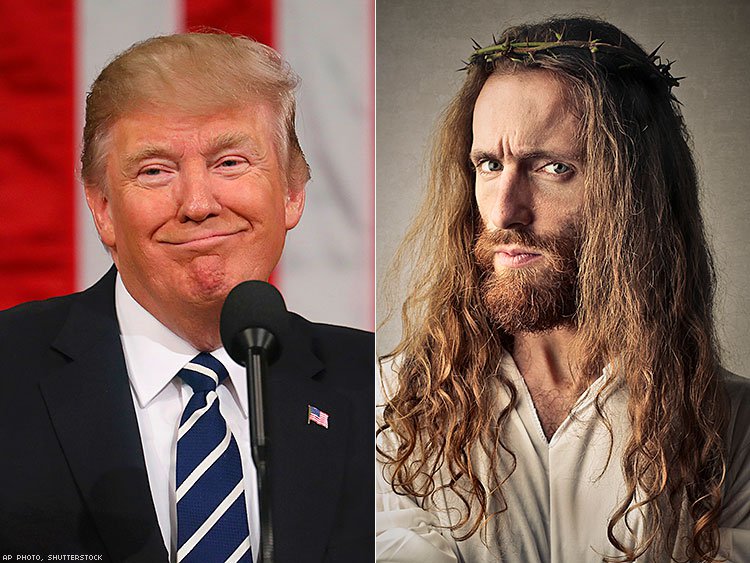 Is Donald Trump an Atheist? 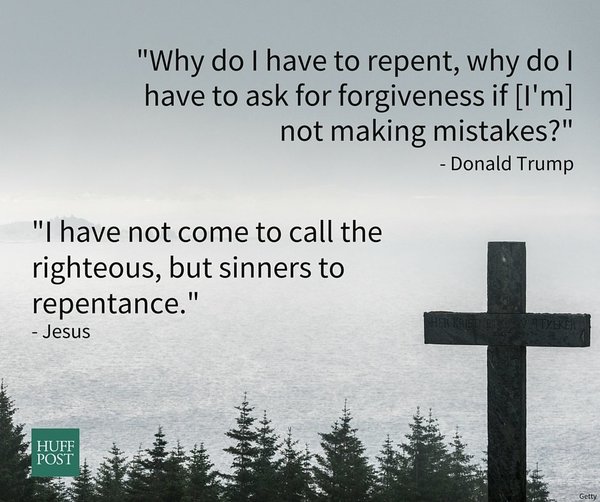 While it’s comforting to say things like, “Trump thinks he is God” or “Trump worships himself” the fact remains, there has never been a U.S. President, probably since the days of Washington and Jefferson, who has been so blunt about the lack of divinity in government…or in any aspect of life.

The media, now on a mission to destroy Trump’s image for mostly deserved reasons, (though attempting to villainize Trump more than he already does with his outrageous statements is like trying to explain to Superman that Lex Luthor is evil) continues to gloss over the fact that President Trump has made some of the most blatantly atheistic or at least apatheistic statements on religion of any former President.

In an interview with Playboy magazine in 1990, atheist Trump said he does not believe in heaven but that the “dead go somewhere.” He told reporter Glen Plaskin, “No, I don’t believe in reincarnation, heaven or hell — but we go someplace.”

He’s also indicated a warped secularist view on humanity, stating that believing in God and organized religion are two completely different things. He even said on the Today Show, “I think that God and the belief in God is more important than organized religion. But I think organized religion’s important in that it keeps people in the straight and narrow.”

And now is about the time we mention comparisons of Trump – Adolph Hitler…and in fact, Hitler was also notoriously anti-religious, according to many sources of people who worked with him and people who researched his life.

Trump’s attitude himself, while not representing the “best” of atheist morality, does actually match a nihilistic and materialistic point of view – that money talks, fame and influence determines out worth, and that religion is the lowest common denominator…something that gets votes, just like patronizing white supremacists, disillusioned working class and anti-establishment types.

As a non-religious person, who views himself as God-like, it’s very likely Trump is divinely-oblivious, or an “apatheist”, as he goes through life grabbing vaginas, making deals and promoting his brand all over the world. Saying he was Presbyterian to reporters may well have been the U.S.P. he needed to cinch right-wing conservatives who were afraid of, you know, the good qualities of a humanist society.

His latest behavior, including his bowing to the CIA to take a fighting stance against Russia and Syria, indicates he is above all things a capitalist, godless in every respect of his life, and yet still sees the reasoning in remaining optimistic about a man-made utopia with American flags as carpeting.

But no one likes to talk about the fact that a fairly outspoken atheist or agnostic has done the unthinkable and won a democratically elected presidency, previously dominated by Catholics, Protestants and cynical Deists.

Abraham Lincoln may have held deist or atheist attitudes…but even he might scoff at Donald Trump’s level of nihilistic, Darwinist philosophy that has the world reeling.

A Review of PizzaGate