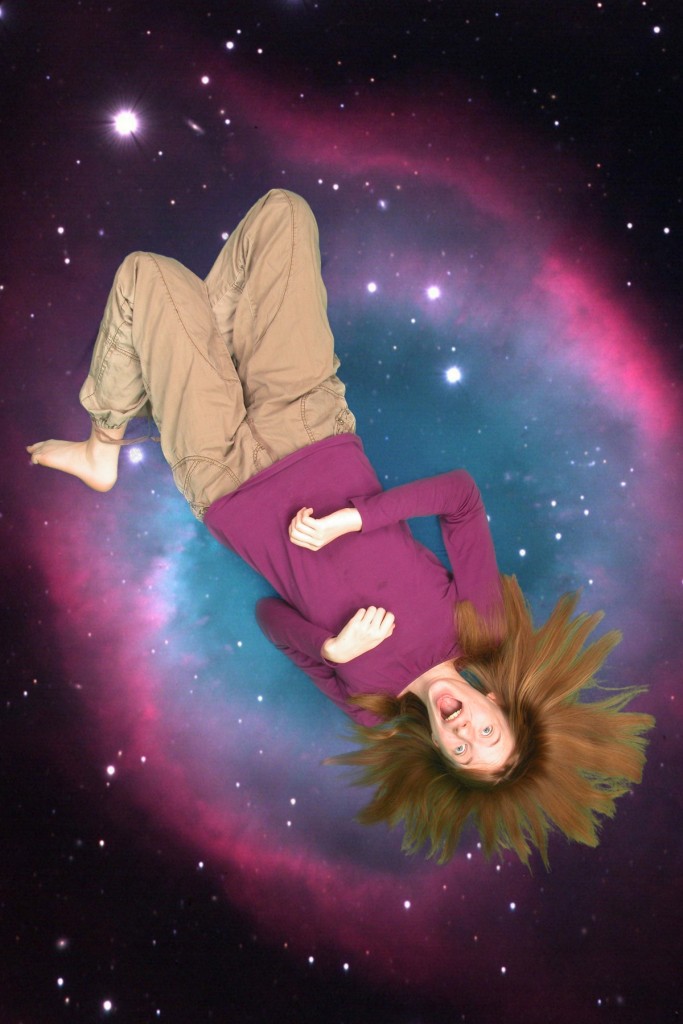 While the gamergate controversy celebrates one year of mud-slinging, scandal and heated debate, the non-gaming community is scratching its head in confusion, or supporting the idea that Indie game developer, Zoe Quinn is a persecuted and misunderstood victim of misogynist neck beards; if they have any opinions at all. Zoe Quinn, after all, is an authority on what women want. Her polished armor as a feminist makes her statement of sexual discrimination against women in the gaming world as unshakable as the Magna Carta. Quinn’s Congressional appeal quickly sent venerable presses such as The Guardian and The Verge rushing to her side, as others tiptoed around, trying to sound like experts on an industry they generally ignore.

When Good Journalism Flies out the Window

The flurry began simple enough; or maybe not so simply. When Quinn introduced her role playing game, “Depression Quest”, it received almost universally positive reviews from professional gaming critics. Gamers, however, were disappointed. They stated her game was boring.

The interactive game depends on a text story line, and is ostensibly designed to help raise awareness about depression; a far cry from the usual animated games that capture the imagination with cute, squiggly characters, or monsters and heroes bristling with lethal weapons. Possibly the outcry would have ended there if not for one thing. A jilted lover, Eron Gjoni, publicly accused Quinn in a blog post of sleeping with the press.

The first article in a gaming journalism website to discuss the issue was taken down after the web host demanded it, as well as the first you-tube video. Despite this reaction, a second you-tube video was released and gained 400,000 views within two days of going online. Uncomfortable with the controversy, various gaming web sites, including GameSpot, IGN and Escapist Magazine, scrambled into a mass retreat, deleting comments and banning users who dared mention the bedroom tactics of Zoe Quinn. On one gaming forum alone at Reddit, as many as 25,000 posts about the Quinn controversy were taken down, after the queen of feminism demanded it. 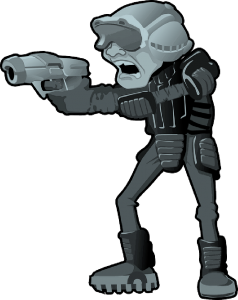 Gjoni’s accusations were that Quinn had slept with as many as five members of the press in order to receive favorable reviews of her depressing game. Quinn stated what she did on her own time was a private matter, yet while the cyber links were hurtling hair balls at each other, a new, ugly pattern emerged. The prominent game journalists who were supposed to be critiquing her work, were financing it. Furthermore, she was receiving a monthly stipend through a fund-me website called Patreon from these supposedly objective gaming critics.

The press, in general is still living in the twentieth century. It defines media entertainment as radio, television, music and movies. It’s quite comfortable with following celebrities around who have done their own share of keeping questionable bedfellows, but rarely complain. After all, that’s the price of publicity. It gleefully makes snide comments or gives glowing reviews of box office hits, writes appraisals for new television shows and discovers upcoming musical talent in trendy entertainment venues. It accepts at face value that gamers are young male misfits with a giant axe to wield for the fair sex.

The generation that first monopolized the living room with Mario Brothers and Dragon Quest are grown now. They have jobs. Many have families. They juggle a budget to fit family needs that include transportation, evenings out on the town, and holidays. The mothers of this generation remember very well tripping over video cords and remote controls, but don’t recall telling their daughters that gaming was only for boys.

Media entertainment has had to move over to make room for gamers. While the new age moms are playing World of War Craft, grandmas are logging into Face Book to play Candy Crush and Criminal Minds. Gaming begins with the first clumsy attempts by toddler fingers to move around colorful boxes, and incorporates as wide a demographics as television and movie viewers. For the established press, however, game reviews feel as alien to them as Ed Sullivan must have felt the first time he invited the Beatles for a stage performance. He wasn’t sure if they were good or not, but the youth were raving over them and the show must go on. 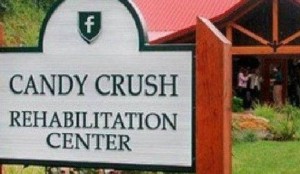 The Power of Feminism

The whole scandal could have blown over. It could have muttered away and died, leaving Quinn as an anonymous someone who designed a game that was more like an educational video for Psychology 101 than the adrenalin rush of Grand Theft Auto, except Quinn decided to take the rejection personally. In a scathing retort, she accused the unhappy gamers of being misogynist bullies, playing sexist games that presented big-bosomed, scantily clad women.

Although there’s no denying there is a sexist element in many of the popular video games, big boobs and scanty clothing are nothing new in media entertainment. They are prevalent in advertising, movies, television and comic books. Judging by the number of women who voluntarily contribute to the flash-boob scene at nightclubs, what could be labeled as sexism might also be labeled as a joyful enterprise among the young and beautiful. Signaling out gamers for enjoying the same type of female images as successful businessmen smoking cigars in an easy chair, Marvel Comic fans and even Trekkies, as being very naughty little boys in dirty underwear is as sexist as implying women can’t twist a wrench so should never become mechanics. 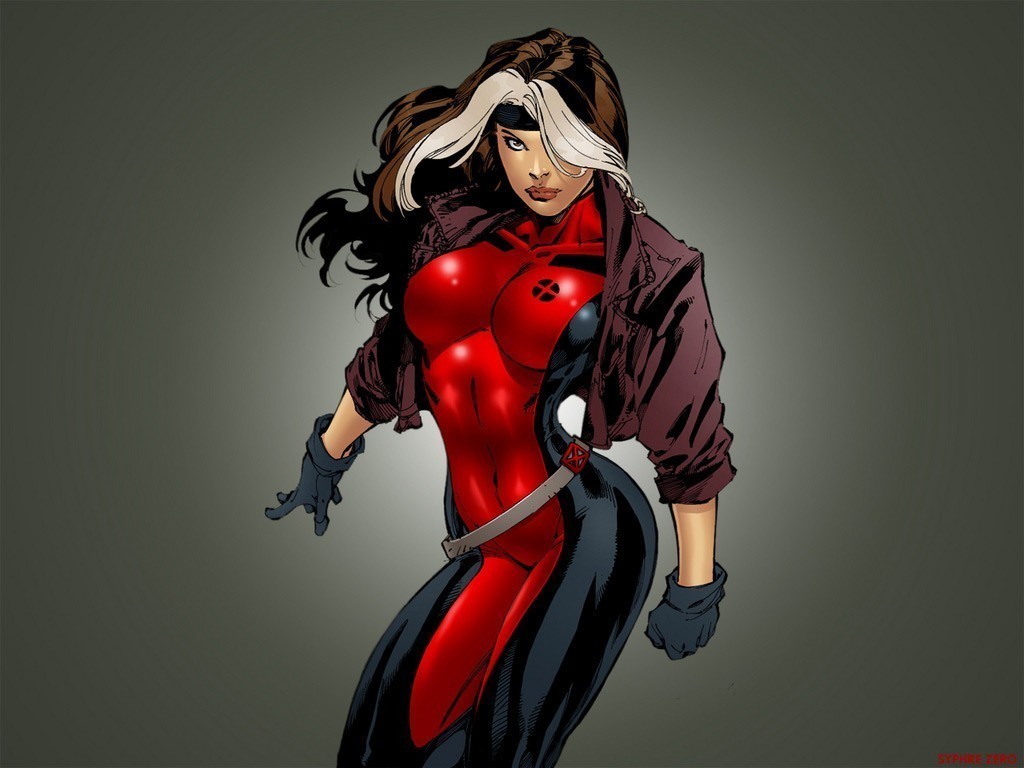 The hate war began, with a cacophony of accusations on both sides spewing out venomous rhetoric and mutually hacking each other’s sites. Apparently, Quinn’s mother had never told her that little girls who taunt boys are basically mean girls who are taking advantage of the “don’t hit” policy. She provoked, and when the provocation allegedly produced hate mail and threats, she ran crying to the press that women game designers were being discriminated against.

Her cry was promptly taken up by a few other women game designers who felt the reason their Indie games had not become powerhouses of financial support was because men don’t like to see women in the gaming industry. The Mean Girls Club was totally amazed (and perhaps a little thrilled) to see the venomous response to their scorching comments that the popular video games were aimed at teenaged boys and were deliberately tasteless, violent and macho, and that Zoe Quinn was a victim of misogyny in a profoundly sexist game industry. 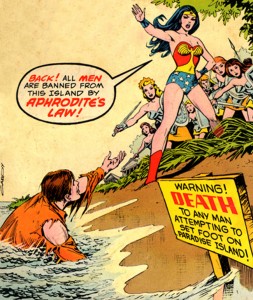 Cyber bullying is a serious issue. Young girls and women are the most vulnerable, although cyber bullies are often oblivious to age, race or sex and simply search for those with low self-esteem or a lack of confidence. In the case of Zoe Quinn, however, you have to wonder who was doing the bullying. She attempted to shove a game the gaming community did not want, down their throats, and when she did not get her way, accused them of being sexist.

The Depression Quest forum is heavily monitored, erasing dozens of comments at a time and keeping only those that give a good review or shame others for saying the game is boring. Dissatisfied with the muscle she flexed in her own space, Quinn targeted a forum for depressed men called Wizardchan, misrepresenting content to fortify her claims of harassment. While she claims to have been hacked, gamergate has been hacked as well.

Nor was she mollified when a group of self-proclaimed radical feminists called The Fine Young Capitalists set out to organize production initiatives for under represented labor in the media industry. Acquiring support from the image board 4Chan, the published one game called “Afterlife Empire”. Designed and written by Danielle Maiorino, who worked with an all-female team from Bogota, Colombia-based developer Autobotika to create the game, the main character is an every-day girl who likes games.

In turn, Allegra Ringo of Vice called Vivian James, whose name was meant to sound much like video games, “a character masquerading as a feminist icon for the express purpose of spiting feminists”. During the campaign to raise funds for the project, TFYC Idiegogo account was hacked, and the campaign briefly shut down. Suspicion ran rampant on the media that the hacking incident could have been retaliation from critics of TFYC for alleged hacking incidents involving Quinn and her supporters.

Quinn very successfully managed to rally a great many people to her side by declaring gamers were sexist. Who was to know otherwise? Quinn’s authority in the field is as a freelancer. She worked within the murky shadows of Indie games that are dependent on the donations from users and fans.

With a game nobody wanted to play, a dedicated designer would have tried harder to produce something the public found more interesting, or at least to make an effort to sell the game to students and professors of psychology. Neither tactic would have given her instant notoriety, but crying “wolf!” at her would-be users did. 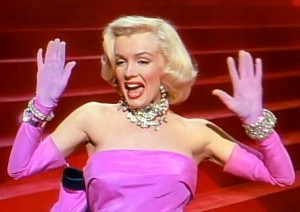 Developing video games is seen by many within the gaming industry as an exciting career for women. Whether their background is artistic, technical, creative, managerial, or marketing, Women in Games Jobs (WIGJ) has a place for them. The organization is made up almost entirely of women. Some of the top executive positions in the gaming industry in general, are made up of women.

She may have accomplished something. Sexist bullying does exist and the victims have begun raising their voices. In January, 2015, Quinn and Alex Lifschitz created the Crash Override Network, a private group of experts who provide free support and counsel to those that have been harassed online. The private group supplies free counseling to those who have been harassed online and involves working with law authorities and social media sites in response to threats.

How much sexism was responsible for the failure of her game, however, is questionable. Her entire tactics seem to have been manipulative. She put out the game on the same day famed actor and comedian, Robin Williams, died, leaving many to speculate that the timing of her release was an effort to capitalize on the much loved man’s depression.

The scandal that was fueled and fanned by an unhappy group that felt their designs were destined to failure because of an elitist group of male players in dirty underwear, sky-rocketed an unknown game developer into an instant celebrity. What is Zoe Quinn doing now? Abandoning the gaming industry, she says, “talk to the hands” as she explains about her magnetic hand implants. She claims, “you can feel the difference between a live wire and a dead one by the electromagnetic field around it,” and that the electromagnetic chip stores everything from passwords to contact information, which she can transmit to any compatible device she touches.

Feminist Zoe Quinn insists the gaming industry is monopolized by misogynists in neck beards, but how do women really feel about gaming?