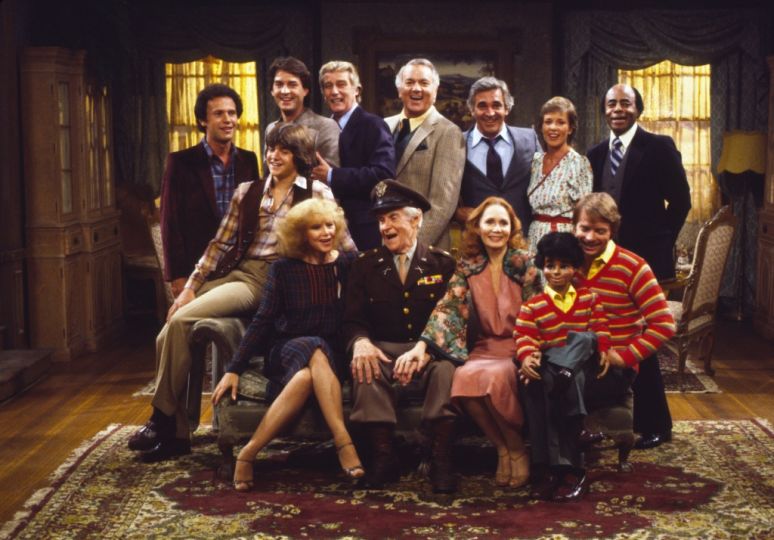 The most innovative and yet forgotten show of the 20th century, which is only now becoming prophetic as a new generation of comedy clowns emerge, is Susan Harris’ Soap. In its debut, Soap, a comedy sitcom following two families (The Tates and the Campbells) and the chicanery that developed from their associations, was lambasted by the Moral Majority, heavily censored by the network, and worst of all, only tolerated by critics as a show that tried really hard to be something that it never intended to be. Namely, a show like every other 1970s sitcom—an earthy and politically insensitive look at the lives of wise guys that championed minority viewpoints and alternative culture.

Yet, Soap was an altogether different animal and one that only recently has found its classification as a TV Satire, a counterculture parody that fused together tragedy and comedy in ways that had never really been seen in the mainstream, outside of comic books and literature, and certainly not on network television. Yet the Soap TV comedy series (unfortunately Google-ghettoed because of the ubiquity of TV soap opera keyword searches) was a trailblazer of what is now considered contemporary satire, and not merely a smart and funny sitcom, like everything else in the 1970s.

In its flippant and understated audacity, its heartless portrayals of morally ambiguous characters, and its real world reflected through funny mirrors attitude, the Soap sitcom paved the way for future television bad boys like Married…with Children, Seinfeld, South Park, It’s Always Sunny in Philadelphia and, well, a lot of what’s currently on TV today with the dark humor and ADHD approach to filming.

Soap wasn’t brilliant just because it seemed groundbreaking in terms of portraying alternative sexuality and shocking acts committed by, what should have been at the time, lovable goofy sitcom characters. Nor was it amazing simply because it was absurdly dark, because obviously that novelty is long gone by now.

What is amazing bout the Soap comedy series, even now, is Susan Harris’ ear for comedy dialog, a unique comedic voice at the time that was a little too shrill, a little too self-confident for 1970s critics to embrace—those who were rolling in the simplicity of Saturday Night Live and their stoner humor. Susan Harris’ vision represented a trend in comedy writing that would slowly develop through the turn of the century and peak in the 2010-2020 era.

Much like Larry David did with Curb Your Enthusiasm and Seinfeld, Susan was able to dissect our understanding of language, tone and pitch—our very culture of American communication—to the point where she could brilliantly turn the tables on a funny or disturbing thought, at a moment’s notice, transforming it into something completely opposite.

Not only was nothing safe, since she joked about practically everything, from rape to murder to underage sex and demonic possession, but at the same time, we were not spared the tragedy of these characters’ lives. A hard-to-swallow lesson that even trailblazers today can’t quite comprehend: funny people are oftentimes tragic, miserable figures who bring a cataclysm of negativity into their lives because of their absurd decision-making abilities.

Her comedy wasn’t merely awkward, unless she wrote it to be so. She handled awkward tension much like an orchestra conductor handles a tuba or a trumpet, always fully aware of what dynamic forces create a human scene of drama, and how easily a serious situation can devolve into comedy—only to rise up again to a dramatic peak.

The show wasn’t merely grotesque and dark humored, forcing you to laugh out of shock and captivity. No, it was genuinely funny, as if the darkest situations in life were still livable, perhaps even curable, because of one silly woman’s wit, or because of one clown’s never-say-die-without-a-laugh showmanship.

Soap was a show that worked hard for its laughs, filming in front of a live audience, though its laughs were enhanced by Charley Douglass’ “laugh track machine” which was the norm for the 1970s and 1980s, sort of like steroids for writers and directors who didn’t know how to handle a roomful of restless people. Clearly, no other show had the monstrous talent to be All in the Family, which religiously taped all of its audience reaction live and worked around their hooting and screaming reactions. Still, it’s refreshing to know that most of what we hear in Soap, not only the laughs but the boos, hisses and expressions of shock, are genuine—something we all take for granted with 2000-era shows, which capitalize on “no laugh track”, thus allowing 50% of all jokes to fall flat and without anyone taking much notice.

It was a show that excelled as a dramedy or a comedy-drama, a show that was labeled as a parody of soap operas only because no one else knew quite how to describe it. They compared the serial and continuing story arcs of the show to daytime TV dramas, but really had no concept of how to describe the new age approach to humor—which was something out of a play or something out of real life, if real life working-class families had the maddening wit of Sylvia Plath, Virginia Woolf, Hemingway, and every other brilliant author who succumbed to suicide.

Soap obviously paled in comparison to a Norman Lear production, because it wasn’t a social commentary – theatrical production. Comedy was not organized, scarcely had a political point, and it seemed to pop up in the most inappropriate places – the predictable result of too much recreational drug use! After all, what was the point of showing something immoral if not to teach us a lesson as to the dangers of living a hedonistic lifestyle?

What was perhaps most intoxicating and maddening about Soap’s world is that this universe, the voice of Susan Harris as God of these pathetic creatures, never intended to judge any of its characters as worthy of moral praise. They were simply existing, psychosis and all.

The actors, of course, performed phenomenally and birthed many of the modern clowns of the current generation. Richard Mulligan’s portrayal of Burt Campbell, a tragic clown with alien mannerisms and a borderline Asperberger’s syndrome approach to communication clearly inspired Michael Richards’ creation of Cosmo Kramer.

Cathryn Damon had the most underappreciated role of the series playing the “straight woman” who reacted to all the madness around her with a tired mother’s begrudging acceptance, and got to deliver some of the show’s funniest and most tragic moments. Believe it or not, people were once paid more to help other people be funny.

Katherine Helmond’s Jessica Tate is an amazing study in balancing WWII era grace (even if she was technically a Boomer playing the Greatest Generation) with comedic obscenity. She was, quite frankly, a woman so good at playing innocent and altruistic that she single-handedly gave the otherwise demonic circus of freaks a soul. Love is all that Susan Harris really could offer her generation of revolutionaries as a parting thought, and how karmically unfair that the network canceled the show, without giving it a finale, and without even giving the excuse of very low ratings. It was simply a show no one quite understood and no one had the courage to come out and say, This Is Art.

It was a show for today and not for yesterday. Like all artistically trailblazers unjustly snubbed by the populace for a more mainstream version of its core values, the show disappeared with hardly a word, and Harris herself, perhaps shrewdly, followed it up with the much more watered down and pandering Golden Girls. It made her good money, and that’s beyond criticism; but more importantly, Soap’s abrupt ending allowed Generation X to stew over the brand of humor Harris envisioned: short-attention span, manic energy that flailed between tragedy and comedy so well, only an emo-kid could truly feel the ebullience of the discovery.

Though shows have been made in the spirit of Soap – The Simpsons, The Jerry Springer Show, Arrested Development and South Park coming the closest to matching Soap’s triumph of surrealistic humor juxtaposed with absolute emotional horror – no show to date has successfully antagonized their audience to a martyr’s death like Soap.

Marquis de Sade may well have been the ancient predecessor of this style of aggressive comedy.  A funny and angry guy himself, he would no doubt have loved Rod Roddy’s hapless voice naively and futilely attempting to bring all these shocking events together for one mainstream cohesive “wrap up” that would draw in the average viewer. No, there was no “average viewer” who tuned into Soap. It was a love-it or leave-it variety assault on the senses and one can only assume Sade would have grinned so wickedly, wondering who got out alive and who died all for the sake of the next real life joke.

No, there was no “average viewer” who tuned into Soap. It was a love-it or leave-it variety assault on the senses and one can only assume Sade would have grinned so wickedly, wondering who got out alive and who died all for the sake of the next real life joke.