Somewhere In This Country, You Can Murder Women You Think Are Prostitutes, If They Refuse Sex 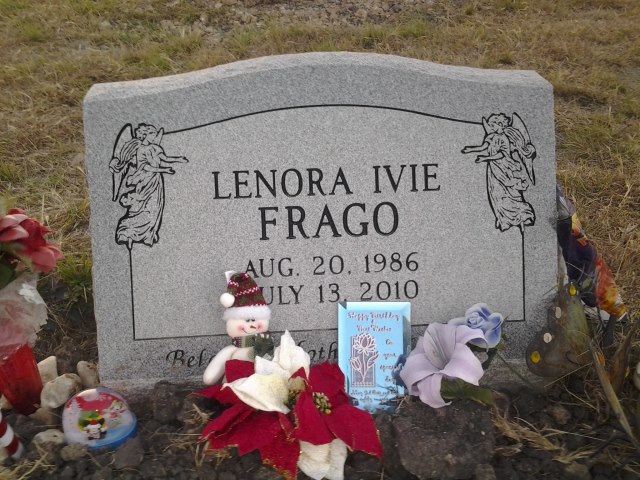 In recent news, there was a case out of Bexar County in Texas in which a man killed a woman, admitted to killing her, and was then acquitted of all charges. The motive the perpetrator, Ezekiel Gilbert, cited for this was that the victim stole $150 from him. Gilbert pressured the victim for illegal sex acts, and when she attempted to flee, he shot her. She died seven months later from injuries sustained during the shooting. During the trial, he invoked a clause in Section 9.42 of the Texas Penal Code, and walked away with impunity. Here’s how this situation played out:

An escort service posted an ad on Craigslist. It implied, either directly or indirectly, that a woman was offering her “time” in exchange for $150. Nowhere in the advertisement was a direct mention of sex or sexual services, which is a standard practice in the sex work industry (as most sexual services are illegal, mentioning them implicitly is a guarantee you’ll be carted directly to jail). To reiterate: nowhere did the ad have a mention of sex, in fact it was testified in court that the particular escort service in question had specific policies against sex on the job.

Ezekiel Gilbert, the defendant, hired this woman based on the advertisement for an escort service. Her “time,” and at most, her service as a surrogate partner. To bust the myth, the term “escort” does not have an inherent sexual meaning. Escorts are, without presupposed connotation, escorting a client [to an event, for conversation, to be looked upon] – whatever the purpose, sex is by no means automatically included. If sex occurs, it has to be discussed, agreed upon, and acted out only after the first two conditions are met. Even if you force sex on a prostitute against her will, that is rape. The idea that a prostitute can’t be raped is a pervasive myth even, ironically, in a society where the transaction of sex and money is criminalized.

The “pimp” (the manager of this service) who was in the car with the victim, corroborated the evidence above. He also stated that in the past he had been part of an operation where women received money and left without performing sexual services, which is not illegal but is a bad business practice. Even if this woman was given the money and then ran, she was in the physical presence of a man who willingly handed her money before anything occurred, other than being in her presence, and thus she gained the money legitimately. Her “escort service” may have been decided as “one second of my time, then I leave” which is another problem in criminalizing sex work – there is no standard, other than what you “can’t” do, as a client of a sex worker/company. You cannot make a contract, for example, that states exactly how long a sex worker must be in the presence of a client (or what they need to physically execute) before they are paid, or impose a penalty for not fulfilling those work obligations before being paid. A “stiffed” prostitute also does not have a legal recourse for losing money, either. Both parties can lose on this deal, but a prostitute cannot perform a sex act, then murder their client if he doesn’t pay. So the verdict reflects a grave miscarriage of justice in more ways than one.

Even if Ezekiel Gilbert had the money stolen from him, rather than simply feeling a convoluted buyer’s remorse, he would not have any legal action available to him wherein he runs after the victim and then fires a gun in public at a moving vehicle with other passengers inside. That is reckless endangerment of the general public and as a matter of course another charge should have been applied, plus attempted murder of the driver… in addition to a guilty verdict on the charge of voluntary manslaughter, but I digress.

The details of the case itself are not the only problem. The judge, Mary Roman, has been implicated in judicial misconduct on more than one occasion. She was found to be abusing her station as a judge to attempt to alter her adult daughter’s probation, to obtain special treatment for her. She was also accused of informally discussing cases in her docket to extract implicating/evidentiary information on defendants, pre-trial, ex parte (without notice) and independently of the defendant, which is also judiciary misconduct. She should have been dismissed from her job during the case, a mistrial declared, and a retrial to follow.

Looking beyond the technicalities and directly at the heart of the defense, the idea of a “nighttime” crime, which is a theft committed during non-daylight hours and apparently constitutes the use of deadly force, is obsolete. The law reads as follows:

§ 9.42. DEADLY FORCE TO PROTECT PROPERTY. A person is justified in using deadly force against another to protect land or tangible, movable property:

(1) if he would be justified in using force against the other under Section 9.41; and

(2) when and to the degree he reasonably believes the deadly force is immediately necessary:

(B) to prevent the other who is fleeing immediately after committing burglary, robbery, aggravated robbery, or theft during the nighttime from escaping with the property; and

(3) he reasonably believes that:

(A) the land or property cannot be protected or recovered by any other means; or

(B) the use of force other than deadly force to protect or recover the land or property would expose the actor or another to a substantial risk of death or serious bodily injury.

Because the laws were written to protect against theft, not what a person supposes they will get once they already handed someone money… these conditions don’t apply to this case. Seemingly, an alleged “sex worker” gets awful representation dealt from the State, and a jury is perfectly fine perpetrating the idea that it’s “just another dead hooker”. All of that taken into account, the fact that you can legally shoot someone who steals from you violates the “take care” clause 5, section 3 of article 2 of the constitution. The only time you should be able to kill someone is if they are threatening your life, not running away from you to escape in a vehicle. Vigilante justice isn’t constitutional, self-defense of life is.

Even if you decided that this man had $150 stolen from him, had a right to sex without the woman’s consent because he parted with enough cash that he had the right to usurp her ability to decide her actions, there is still the question of ex turpi causa (non oritur actio), which means “from a dishonorable cause, action does not arise.” Even in believing Gilbert was the victim of theft, the fact that he was soliciting a good or service that was illegal renders him unable to use the defense that he shot her with good cause. You can’t shoot a drug dealer that sells you bad Oxycontin. You can’t strangle a massage therapist for refusing a “happy ending.” You can’t murder an escort for erroneously supposing she’ll have sex with you.

Unless you’re in Texas.

Seemingly, an alleged “sex worker” gets awful representation dealt from the State, and a jury is perfectly fine perpetrating the idea that it’s “just another dead hooker”.

The Boon or Slap in the Face of the Nicaraguan Canal