The New Face of US Immigration: Leaving for Central America 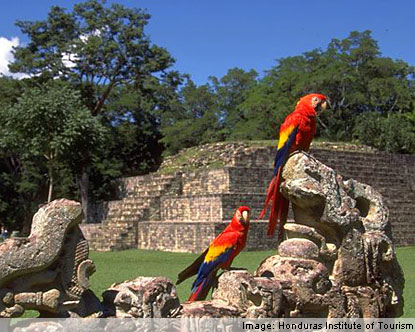 The Debt No One Wants to Pay

What has happened to America? Perhaps, at no time, has the waves of discontent been so intense, that not a single group can reach agreement with another. It can’t really be compared with the Civil War; it was a war of two separate factions; one wishing to split away and form its own constitution, the other determined to maintain a single, united entity. Nor can it be truly compared to the Great Depression, although many of the circumstances are similar. The twenty year era of poverty drove massive numbers into the streets, wandering around the country, looking for jobs, saw endless homeless and the creation of Union power. While Union power has been deeply corroded by government mandates, the greatest difference has been that for the first time, Americans are considering migrating out of the country they helped to make great, and start over.

The emerging migration can be blamed partly on the economy. Baby boomers reaching retirement age have discovered their social security checks are not enough to cover the spiraling costs of living. Younger people are concerned that America’s staggering debt will create a tax burden none can afford. Advanced education has done nothing to improve their opportunities for a lucrative income, only saddled them with student loans and desperation. Buying a new car is difficult enough; investing in real estate is a pipe dream.

Economies eventually recover. Innovation, reform, new resources and rebuilding the infrastructure lead the way to new economic development. From the revolutionary years, though the industrial age, Americans have had faith during their economic struggles that things would get better. They had a dream and they were willing to fight for it.

America has lost its faith. This, more than anything, has stimulated the American dream to find greener pastures. Individual and community efforts to change the course of economic disparity have met in failure, primarily due to government intervention. Farm co-operatives and private homes have been invaded, their assets seized by agents who determined their organic practices were unsafe, even in the face of mounting pressure to abandon GMO projects. Neither has bartering been accepted favorably, with an insistence that all bartered items be listed as income.

America can handle a new era of poverty. What it can’t accept is the growth of a government seat that continues to nibble away at their natural liberties. Natural liberties have been defined since the early Greek civilization. Our individual survival depends on the right to seek out food, water and shelter. This same drive determines our instinctual desire to protect the assets we have obtained and to benefit from our own handiwork. As social creatures, we naturally crave free expression, whether in religion, speech or press. When these desires are suppressed, when we can no longer reasonably maintain food, water and shelter, when our assets are removed from us, along with the benefits of our handiwork and we feel unprotected, it is our natural drive to look elsewhere for free expression.

For many, elsewhere has become Central America. It is estimated that approximately 250,000 retirees will have moved south of the border over the next fifteen years. It has also become the main attraction for ex-pats and people looking for ways to invest their self-directed IRA’s.

What has suddenly made Central America a sudden choice for packing up and starting over? Much has to do with changes in Central American policies. Long considered a tax shelter where wealthy businessman invest millions and rake in untaxed profits from private banks, the governments within the affected countries have become worried about corporate trends, their big-money dominance and worries over corporate dependencies. Wishing to save an infrastructure that serves its citizens, their appeal to investors and entrepreneurs has been directed at the American middle class.

Many of the Central American companies have made it easier to invest in real estate and residency. They maintain an equitable exchange rate with the dollar, and in some cases, such as Panama, use the dollar as currency. You do not need a passport to visit their country; a visa will allow you into most of them. Once you’ve become a resident, you can legally buy and own property. You do not have to pay taxes unless you sell it. Owning a small business is encouraged and the start-up rates are only half the expense as beginning a business in the United States.

There are disadvantages. Central America still has a great deal of under-development. American products are expensive. Unless you accustom yourself to Central American life-styles, you won’t find a great deal of difference in the prices you pay in the U.S. Schools are generally small outside the big cities. There is a shortage of English language teachers. As you would be moving to a foreign country, it would be necessary to learn Spanish and adopt to the culture and customs.

The Appeal of Opportunity

However, for many, this only makes the prospect more exciting. There is a feeling of pioneering, as well as adventure, the excitement of being presented with an opportunity, when U.S. opportunities seem to have dried up. The idea of moving to a country without the cumbering machinery of US codes and regulations outweighs the minor handicaps of adaptation.

Climate and environment are definitely an advantage. The tropical landscape offers rugged mountains, jungles, rain forest and swift rivers to the adventure seeker; brightly colored birds and a variety in wildlife species to the naturalist. Central America is bordered with spectacular beaches for swimming, snorkeling, surfing or just plain sun-bathing. It has become so tourism friendly, it welcomes the back-packer as avidly as it absorbs the high roller.

While Central America is busy embracing retirees and expats, many US cities are on the decline as the death rate creeps over the birth rate. Their strategy has been to accept Latin American immigration, hoping that by doing so, the additional manpower will stimulate the economies. While they are rolling out a welcome mat for the influx, no studies have been made of the impact of US citizens leaving the country.

When the Dream is Over

US immigrants into Central America will bring with them, their retirement income, their SSI, their IRA’s and the profits generated from selling out. The disenfranchised will bring their creativity, their innovation, their entrepreneurship and other learned skills. Many will bring their families.

The phrase, “if you don’t love it, leave it,” has backfired for the American people. The long-term love affair with what was once considered the land of the free, is over. Those who harbor in their hearts concepts of personal liberties are suspicious of a corporate ruled government and fear federal jurisdiction is becoming increasingly more tyrannical. America didn’t just fail its people economically. The American backbone has been strong, able to withstand war and depression. It’s the breaking away from Constitutional rights, from concepts of individual freedom that has crushed the spirit of the American people, making leaving what they no longer love, a viable option. The American dream may be over in the United States, but it is just beginning in Central America.

Karla Fetrow: Strapped by economics, disillusioned with politics, many retirees and expats are packing up and moving to Central America.

The Fight To Save Iran’s Ancient Almonds