One Nation Without Defense 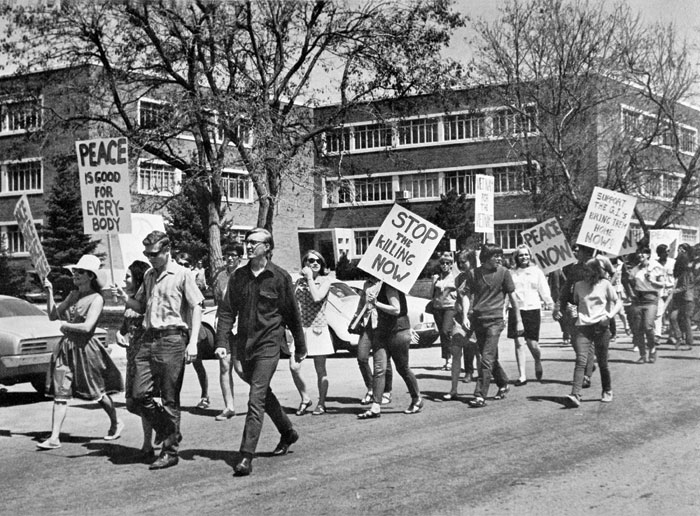 A long time ago, so many years now it seems just a fable, America woke to the lovely idea of peaceful resistance.  Young girls placed flowers in the rigid muskets and wrote broad banners proclaiming, “peace, not war!”  It seemed to work then, as America, weary from two world encounters and trailing conflicts in Korea and Vietnam, agreed it was time to gather back its youth.

Not all demonstrations ended peacefully, of course.  There was tear gas, beatings, sometimes shootings.  The cry of civil liberties was often drowned by accusations of civil disobedience.  There was no true peace.  There were the Manson slaughters, bank bombings, Georgia lynching, and the one who sang most sweetly, so persuasively for peace; John Lennon; was murdered.  Yet, America had spirit then.  Its heart was moved by sit-downs, bubbles in the air, funny little people silently miming the antics of society, hunger strikes… and the cries for peace somehow made a difference.

Two generations later, and the face of America hasn’t seemed to have changed much.  The wars so adamantly protested, continue.  The banks once targeted by bombers are now targeted by hackers.  Civil liberties have adequately been shuffled under a facade that promotes social status, allowing equal lack of opportunity to anyone who doesn’t have the connections for getting the foot into the door of financial success.  The greatest change that has occurred is, America has lost its spirit.  It is defeated, dejected, reduced to puppets clamoring to ride on the media wagon.

It’s easy to blame this on the current administration.  Changes in policies have created a stronger, more bullying federal government, that not only uses TSA and Homeland Security to justify invasive practices, but that actually sets people up to take a fall.  Infiltration to create a crime scene that didn’t previously exist was once called entrapment.  It is now justified as nipping corruption in the bud, jet corruption lies with the one who planted the seeds; which more often than not, boils down to the federal government.  However, it took more than just five years to create the despondency with which America has accepted this acute loss of freedom; the sanctuary of our homes, our bodies, our personal possessions, our rights to peacefully assemble, have been lost with scarcely a murmur.

America was founded on the basis of natural liberties, although if you asked the average person the definition, the most likely response would be a retreat into amendment rights.  Basically, our natural liberties are the internal drive all people were born with in their instinct for survival.  If you were stranded in the wilderness, your first effort would be to find food, water and shelter.  This is your natural liberty.  Once you’ve lived in your shelter awhile; if no one has come to rescue you; your next instinctual step would be to improve upon your living conditions and defend it against invaders.  It is your natural liberty to own and defend your workmanship.  Perhaps, over the course of time, you’ll meet others within this stranded environment.  You have been liberally developing your own thoughts.  It is your natural liberty to express these thoughts, whether through speech or writing.  You may, in your solitude, have developed a religious belief, with rituals of your choosing.  It is a natural liberty.  When any or all of these liberties are forcefully removed, they are not terminated from your natural drive, only suppressed.  Once you understand that this drive is instinctual, built into every single person on earth, the greatest desire should be to defend these liberties in all, for not to do so, will only result in conflict and harm to others.  This, however, has not been the case. 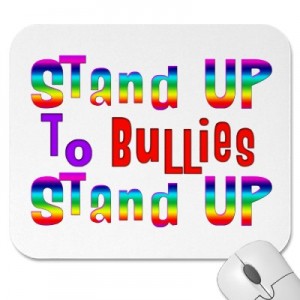 Confusing unalienable rights with majority rights, Americans have systematically voted to suppress the natural liberties of others, consequently suppressing their own.  Worse, the squabbles to limit what should be the moral choices of good conscience has split the nation apart.  Interpreting free enterprise as the most singular freedom of the republic, it has allowed media driven corporatism to abuse the lands and water leased by the public for developing the interests of the republic.  The privileges we had  granted ourselves, through social consent, to be derived from the fruits of our labor; education, roads, social programs; have been diverted for weapon making and bloated government offices.

We have granted the right to make profit over our natural liberties.  Our homes and the fruits of our labor are not our own.  We may not grow our food at will, speak frankly, assemble peacefully, without the monitoring and possible retaliation of the very government sworn to uphold our freedoms.  We may not defend ourselves.

The Lost Art of Defense

Of all our natural liberties, defending our homes, families and the fruits of our labor, is the closest to our instincts for survival, next to the appropriation of food and shelter.  If someone was to place his hands around your neck and begin choking you, your instinct would not be to lie there passively.  You would struggle by every means possible to free yourself.  Your instinct tells you that if someone moves aggressively against you, to behave defensively.  Yet, we have been conditioned to behave otherwise.

This conditioning began in childhood.  For an older generation, the ones who remember that long ago day when America still had spirit, self defense was the acceptable response of a school yard fight under mitigating circumstances.  The child who fought back after a bully pushed him down the stairs might receive a reprimand, but was generally admired and congratulated.  This was before zero tolerance rules.

There is no longer an acceptable reason for a child to fight back.  The one who does receives the same punishment as the aggressor.  There are no mitigating circumstances.  This policy has crept into court rooms.  To defend your home against an intruder or to finish a fight someone else has started could easily entail a long, bitter legal battle.  The general advice is, “call 911 and let the police handle it.”

American citizens no longer know how to defend themselves.  Beginning with childhood, they have surrendered the arts of self-defense, entrusting an authority who may or may not deal with their victimized situation fairly.  Separating out the children who are greeted with abuse in their homes, most youngsters are taught to walk away from a fight; that pacifism is better.

In a civilized society, this is generally the best thing to do.  Most problems can be discussed peacefully when both sides have had a chance to cool down and reappraise the situation, provided both sides have an earnest desire to reach a compromise.

The art of compromise has become as lost as the definition of natural liberties.  It’s no longer about meeting somewhere in the middle between two opposing forces, but an insistence that winner takes all.  The middle ground has been erased.  This is evident across the spectrum of communications.  Not only do we have the physical bully among us, who sees an unwillingness to fight as a weakness, we have the verbal bully who accesses the Internet to demean and belittle the milder users, using name calling and twisted definitions to harass and shame the timid poster.

Communications, understanding, compromise are never the intent of a bully, only the feeling of conquest.  This conqueror mentality has been reinforced by courts that no longer consider mitigating circumstances and by an aggressive, bullying central government. 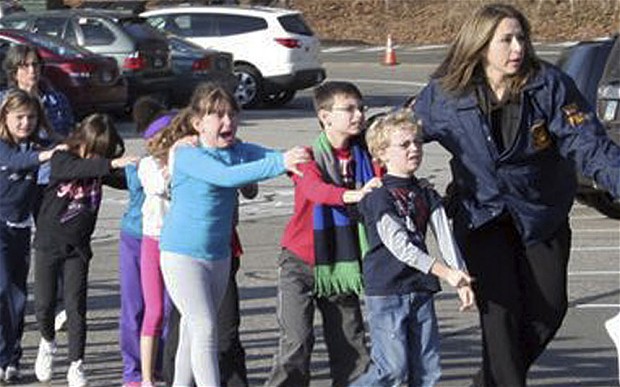 Pacifism is no longer an effective force for influencing changes in a society ricocheting between extremes.  When the Occupy movement attempted to persuade opposing forces to deal with the crucial issues of a balanced economy, improved International relations and healthy environmental policies, they were met with tear gas, pepper spray, beatings and jail time.  Sit in’s no longer work.  Hunger strikes no longer work.  A tired, defeated America has lost its spirit.

Shamefully, the super-storm Sandy, did nothing to move politicians and energy providers to begin considering less harmful solutions for meeting energy needs, although there was more consternation over climate change.  However, the Sandy Hook massacre did initiate an immediate response to push an agenda for gun control.

As gun control is a highly debatable issue, it has been a very convenient subterfuge for a government that does not want to answer the questions concerning improved International relations, economics and environment.  Nor does increased gun controls answer the question, how can Americans learn to defend themselves?

The truth remains, peace loving Americans still feel powerless in the face of aggressor.  Suggestions range from a gun in every home, to armed guards in the schools, suggestions that imply only the equalizing force of weapons will curb the horror of public massacres.  Is an armed citizenry or military styled control the only means of overpowering an aggressor?  Perhaps not.

Most shootings occur with a single perpetrator.  The reaction of the panicked citizenry is to duck and look for cover.  As has been illustrated in recent events, this doesn’t work very well.  Even those in hiding can be hunted down and murdered.  What if citizens learned not to panic, to realize their numbers can overpower a gun man?  A single gun man does not have a 360 degree perspective.  He is vulnerable from in back and to the far side of his peripheral vision.  What if the attacked citizenry began throwing all available objects at the gun man?  The distraction would make it far easier to overpower him.  While there would still be casualties, the number would be less in the event that people were fighting back instead of cowering, waiting for help to come.

Nobody likes to think in terms of getting caught up in a massacre, but preparedness can go a long ways toward prevention or minimizing damages.  We drill for fires which may never occur.  Women learn martial arts and carry mace or pepper spray in their purses just in case an attacker is lurking on a lonely avenue.  We prepare for so many emergencies because preparedness helps us to overcome the moment of panic and see clearly the things that need to be done.  Why not prepare for ourselves for the possibility of a lone gun man in our midst?

Defending ourselves is not a crime.  Defending our homes and our loved ones is a natural liberty.  Defending the natural liberties of all is the only way to defend our own.  We must remove our fears of retaliation when inaction only brings more brutal consequences.  We must stand firmly behind our natural liberties, even in the face of suppression.  When peace keeping fails, when suppression turns to force and force to injustice, there are only two options left.  Accept tyranny and the terrible consequences of suppressed rage, random violence and a bully’s winner mentality, or learn to defend ourselves.

Over the years, the definition of natural liberties have been obscured and Americans have lost the ability to defend themselves.

Yes. You Are Being Spied On.

Predictions for the Upcoming Year