Not A Good Place To Be and other poems. 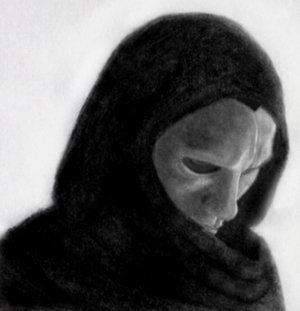 And We’ll Rise
You can kill us but you can’t destroy us
For you will pass
And we’ll rise.
You can crush us down, tear us to pieces
Under the clattering tracks of your monster tanks
Their barrels like bars across the prisoning sky.
You can cut us down, under your bulldozer blades
As you cut down the orchards and break down the walls
You can make us bleed as easily
As you can make the children cry.
All that is in your power. Killing is what you do
Death is what you bring with you,
Skull-face leering over your shoulder,
Exulting.
Death, dressed in a business suit,
Death, dressed in uniform.
We have no defence against death.
Yes you can kill us a thousand times, in a thousand ways.
You can shoot us and bomb us, burn us and strangle us
You can erase all we know and loved
But you can’t destroy us.
No, because time is on our side
And though you crush us down
You, too will pass, and once more, we’ll rise.
You will consume yourself, in your fury
One day you will be gone,
And we’ll rise.
Like grass from the ground in spring, like clouds in the sky
Like the phoenix from the ashes
Once again, we’ll rise.
The earth will still go around the sun
When you’re gone
The world will still know sorrow and joy
When you’re gone
The moon will wax and wane, the tides will rise and fall
And we will arise, we will walk tall
After you’re gone.
There will be no tanks then, no guns no bombs
No drones flying up in the skies.
Just me, he, she, we together
From the funeral pyre of your ambitions
From the wreckage of your cruelty
Kill us, trample us down a hundred thousand times
Like laughter after sorrow, like today gives way to tomorrow
From your hate and your burning fire
Like a comet turning sunwards
Once more, we’ll rise.
Mother Says
Mother says
Before going out, look at the sky
Because death on silver wings
May hover high above, waiting
And come down like a thousand
Angels of doom.
But it can happen even when you are at home.
Mother says
Stay away from weddings, and from funerals
Anywhere people gather, because
When people gather, that’s when
Bad things happen, like bombs from the air.
But how can I avoid them?
The funerals are everywhere.
Mother says
When gathering firewood on the hillside
When getting water from the well
When playing with your friends
Be careful, because to be out in the open,
Even if you’re young, is dangerous
And punished by loss of life and limb.
Mother says
If they come in the night,
If they break down the door
And enter with dogs and guns,
Don’t look at them, and above all
Don’t scream or run.
Because if you do, bad things can happen.
Mother says
Your father is not with us, but it was not by choice.
He did not leave us deliberately alone.
He was just in the wrong place at the wrong time
And paid dearly for that mistake.
Called an enemy, he sleeps this night
Under the stony ground.
Mother says
Look at this picture, look at this girl
Hugging her father’s leg, staring tearfully
Out of the magazine page.
She doesn’t want her father to go away to war.
She doesn’t want her father to come
Across the world, to us, to our land.
Mother says
Look at this girl, blonde and young
On the other side of the world. Frightened, too.
You could have been friends,
Mother says, and though you are a world apart,
There is a little girl
Like you. 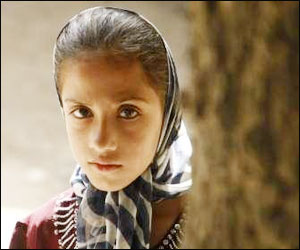 A trio of poems from Bill The Butcher

The Alleys Of Iraq

How Foreign and Cold